Influenced by everything from simulated spaces to 3D printers, Lawrence Lek is among the most prominent of new artists concerned with digital technology and how it affects our understanding of the world.

In April, Lek won the Converse x Dazed Emerging Artists Award 2015 with his artwork Unreal Estate – a virtual simulation of the Royal Academy reimagined as a luxury playground for the super rich. It marks the latest part of his ongoing Bonus Levels project, a series of digital spaces that draw on and subvert real-life locations.

In order to learn more about the thinking behind Unreal Estate and the wider Bonus Levels project, I spoke to him over email about his work.

What was original impetus for Unreal Estate? Why did you make it a controllable game rather than a video?

Actually, Unreal Estate is a virtual world that is presented to the viewer both as a looping walkthrough video and as an interactive version in the exhibition. In previous versions of the ongoing Bonus Levels project, I had experimented with having only interactive versions, or only standalone videos. But I became more interested in the psychological space between spectatorship and active agency.

By having both versions co-exist in the exhibition, the viewer gains more agency than by just being a spectator, but not quite as much freedom as being in a commercial game. 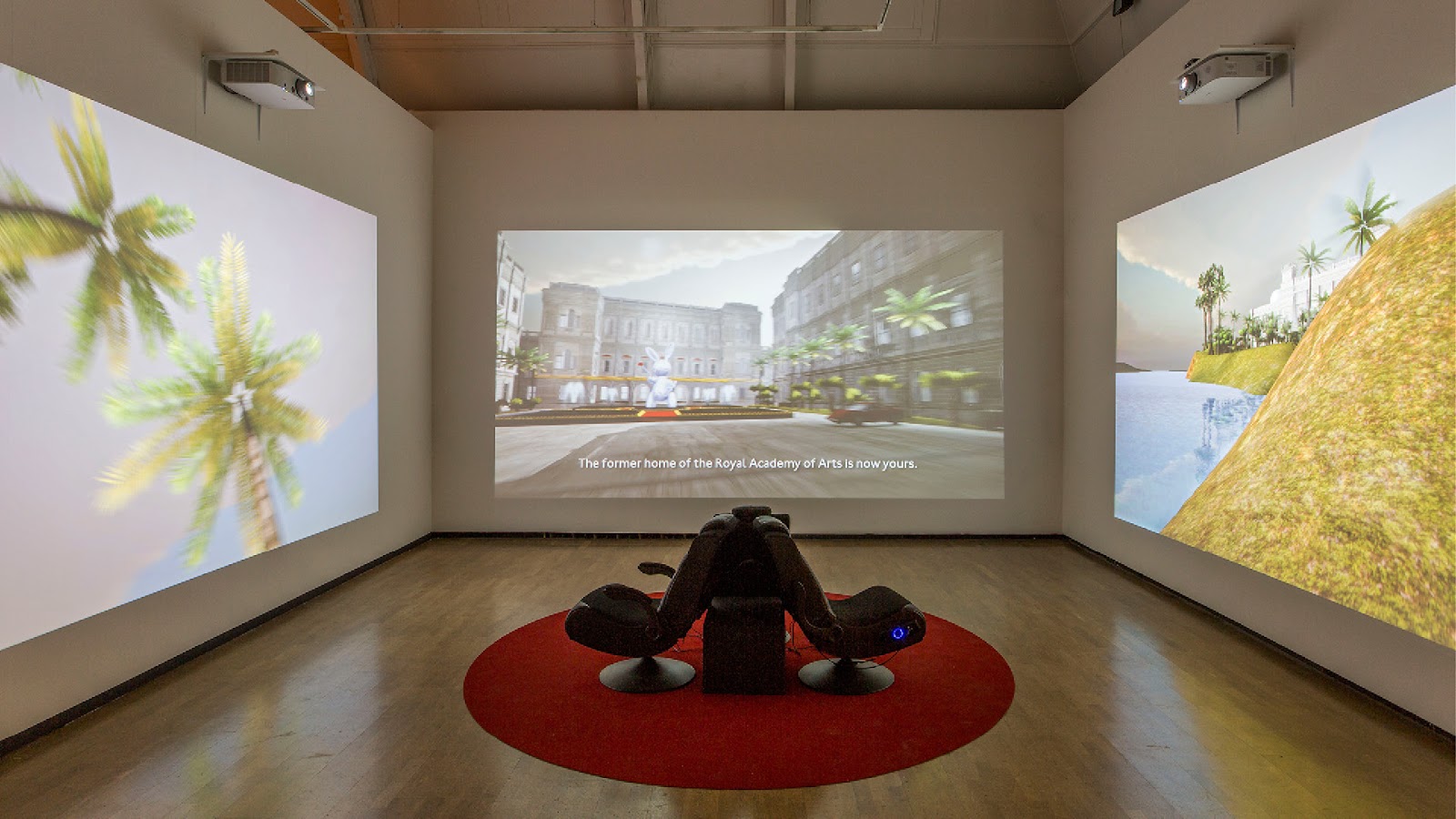 In terms of the interactive version Unreal Estate, does player control of the artwork undermine the authority of the artist?

The idea that a viewer’s interaction could “undermine the authority of an artist” is something firmly rooted in classical notions of the arts, where the artwork is a static object to be beholden by the observer in a particular setting (for example, on a pedestal, or within a frame).

Personally I don’t think an artist is ever an authority, but a creator of a world that people are free to perceive or interpret or ignore. It’s open for interpretation. I’m more interested in the tradition of the flâneur within a particular place and time, where the viewer’s movement through and around a work (be it literary, virtual or physical) is absolutely key to its understanding. This fluidity also gives rise to the perception of real-time, which is an inseparable part of using video and simulation as a medium.

This is self-evident, but the entire world in Unreal Estate is a construct; every element placed there requires some sort of aesthetic or technical decision. I only place objects in the virtual world that create atmosphere, ambience, symbolism, or suggest multiple readings of a place. 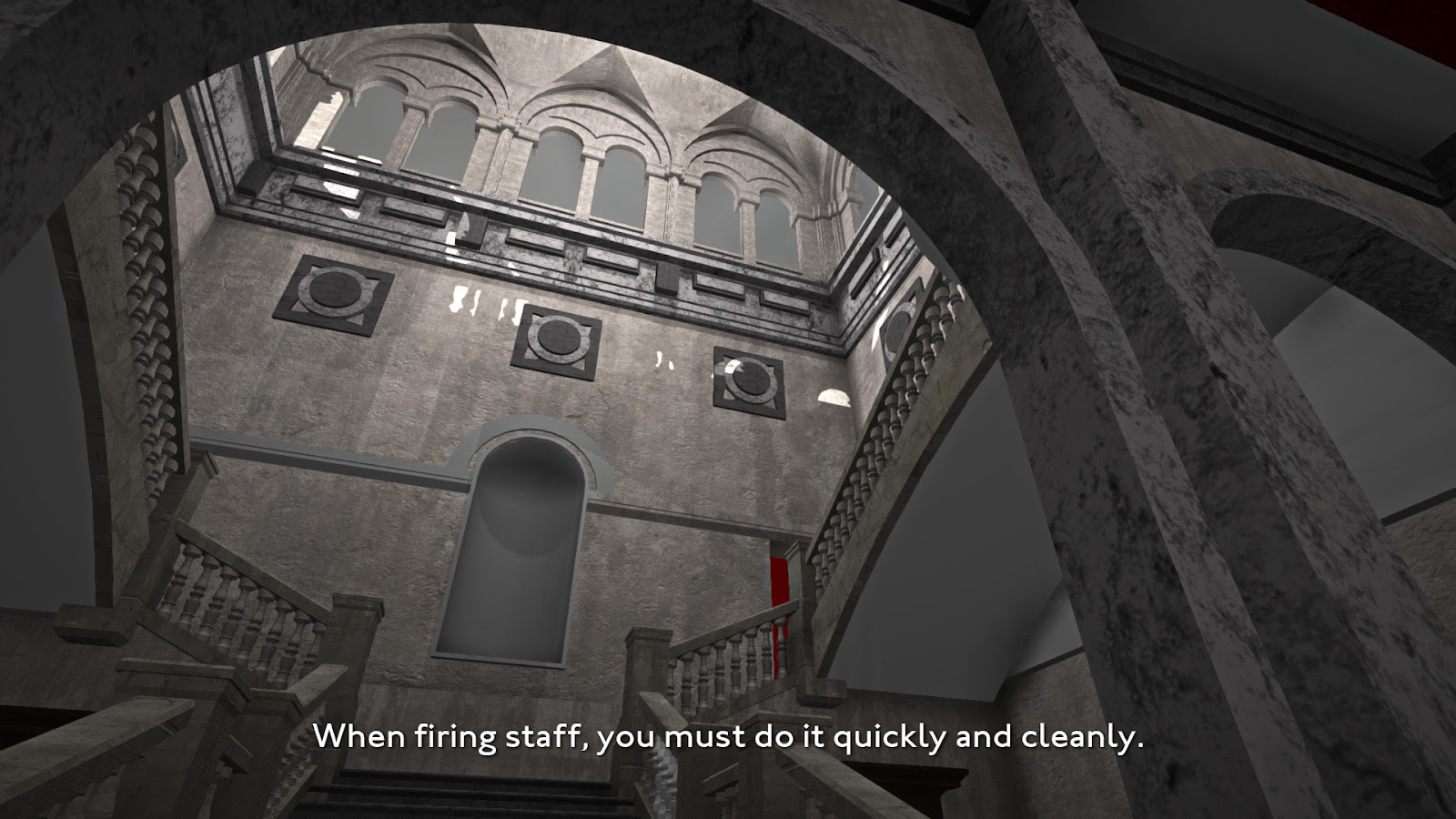 What does virtual reality and augmented reality offer artists, and how do you think it will affect the way we in general understand place, and our memory of places?

Virtual reality and augmented reality are technologies of attention, a means to create the total immersion of the viewer within another world. That’s really been the progress of visual culture through the centuries – a way to capture and captivate the spectator, whether for political or commercial or artistic ends.

The possibilities it offers artists are therefore the same ones as they offer to the military, to advertising, to companies, and game developers: If you have someone’s undivided attention, what do you do about it? For commercial applications, it’s quite clear: marketing. For military, it’s improving performance. The beauty of artists meeting technology is that it’s impossible to tell what they’re going to do with it.

Our understanding of presence and place will be, as ever, distorted. But those who grow up with it won’t be confused, because it will be their reality. 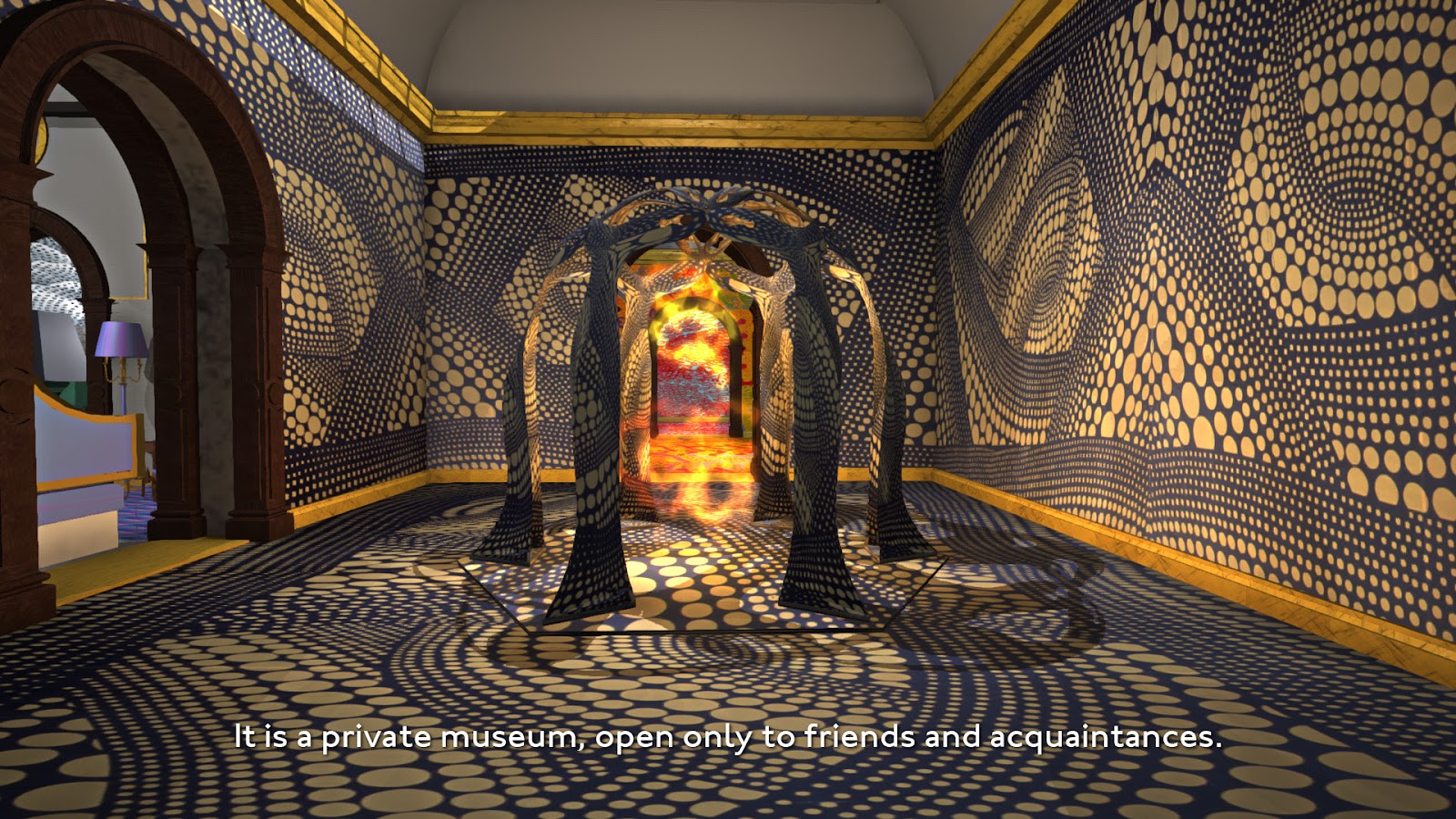 Much of Bonus Levels uses real-world locations. As we get increasingly used to inhabiting digital spaces, would you say the lines between reality and fiction are becoming blurred?

It’s already inseparable, because we live both in our minds and our bodies. Physical constructs provide the models by which we understand the virtual world. So we borrow from spatial archetypes when we name the structures of digital technology: computer “architecture”; code “hierarchies”; network “mainframes”.

Going back further, Judaeo-Christianity in particular has always used real places as metaphors for invisible landscapes that are idealised or even terrifying: the Garden of Eden; Tree of Knowledge; Kingdom of Heaven, and so on. Calling these completely imaginary places a real thing like a “Garden” or “Tree” makes them understandable, something fictional that appears real. 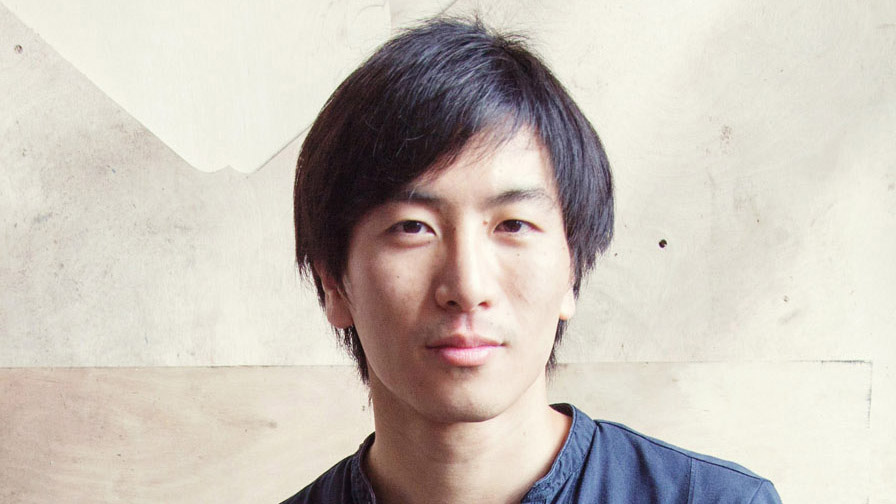 I’ve seen you use the word “sublime” several times in previous interviews when talking about Bonus Levels. To what extent does your work deal with this idea?

In Enlightenment philosophy, the sublime refers to a liminal state of aesthetic bliss that the viewer gets when confronted with the power, or terror, of the natural world: storms, cliffs, avalanches, volcanoes, and so on. It’s a mixture of fear and anxiety, but also a certain pride at the fact that it is you – an individual mind – perceiving something that is physically greater and more powerful than your physical self. And with that knowledge comes a certain kind of freedom to act within the world.

So I’m trying to see how this fundamental relationship – between self and world – plays out today. Do we have any kind of agency over our world? What are the invisible rules and structures that govern our so-called liberal lives, and how can an artwork illuminate these?

Since I live in the city rather than the wild countryside, I take the urban environment as my landscape. Also, I only start building the virtual worlds after really intense observation of the city, of the setting, how people relate to their machine-like environment.

Once you start doing that, you just get really conscious about the latent Utopian and Dystopian aspects of everyday life. Without being hyperbolic about it, you just start to see the complexity of the machine you inhabit. When you take a train, you pass through multiple levels of precision: security, gates, doors, schedules, territories, barriers, announcements, controls and so on.

When you start observing, studying, and replicating London, it becomes a very thin line between Utopia and Dystopia. Yet when rendered from a first-person perspective – as in Bonus Levels – you might get fleeting glimpses of the sublime, of your own free consciousness within a world you can never own. 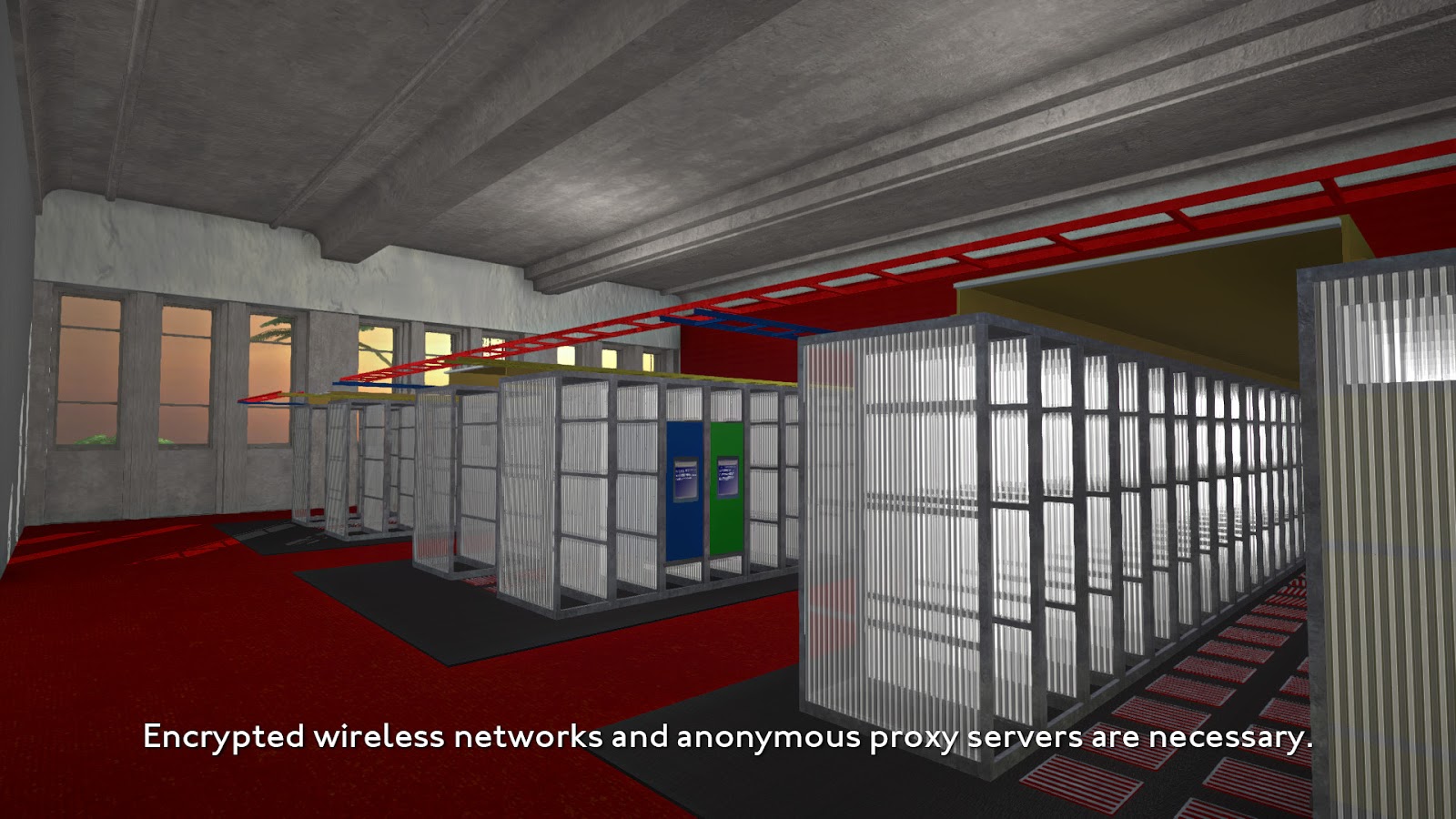 Has the growth of digital technology changed how we think of the city. To what degree would you agree that we live in two cities: the visible, physical city around us and the invisible, digital city?

I don’t think it’s a binary division. Whether physical or digital, I’m interested in how the drive for agency shapes the world. And we seek out freedom in both visible and invisible realms. “God Mode” is a term used in computer games when the player gains special powers like invincibility, unlimited weaponry or the ability to fly or walk through walls. These worlds are different to reality: they are a place to act out the desire to explore, to create and to destroy.

Virtual worlds have the advantage of combining the last century of developments in cinematic techniques, sound engineering, visual arts, computing technology and industrial design. You have a nearly infinite range of cameras, microphones, colours, processes, interfaces and samples – all of which help you create the illusion of a self-contained universe. However, the viewer is disembodied: they are not “there”. That is the limitation: it’s a problem of presence.

Sometimes, it’s much more interesting to get out and walk down the street.

How To Find Your Computer Name from the Command Prompt

How To Install and Update Drivers in Windows 10

How To Scan From a Printer to a Computer