We could soon grow computers made of DNA

Alex Reis In a previous life, Alex was a researcher in the University of Newcastle in the field of cell and molecular biology, following a PhD in embryology looking at cow ovaries!  After a slight change of career, Alex is now working freelance as a science writer covering anything from animal behaviour to plant genetics. She is currently living in the Highlands of Scotland and, when not working, can be found enjoying the scenery or trying to catch sight of the local wildlife.  Read more March 2, 2018

Our reliance on gadgets is creating an unprecedented amount of data. Humans produce a staggering 16 zettabytes every year, which equates to one billion terabytes (in case you were wondering). And last year research group IDC predicted that we’ll be creating more than 160 zettabytes per year by 2025.

Modern computers and silicon chips have served us well, but with all this data we’ll soon need more than they can offer. Faster. Bigger. Better. Researchers are looking for the next big thing, and one of the potential new materials is rather surprising: deoxyribonucleic acid, DNA for short.

Researchers have known for a long time DNA can be used for data storage. In 1961, Richard Feynman was talking about the potential for sub-microscopic computers, and the first attempt at using DNA for this purpose came in 1994 with Leonard Adleman. Our genetic code is in many ways a perfect match for a computer. After all, it stores the blueprint for making every living creature on this planet. As a bonus, it transmits from one generation to the next with incredible reliability repeatedly, with many of the genes today remaining virtually unchanged for countless generations. And, if you think DNA is fragile and delicate, think again. DNA is incredibly tough and long-lasting and, if kept under the right conditions, it will stay intact for millions of years.

It’s no big surprise, then, that researchers are working on turning DNA into computer storage. DNA can be treated like a standard storage device: the binary code comes from using the bases thymine (T), guanine (G), adenine (A) and cytosine (C) to represent 1s (T and G) and 0s (A and C). Researchers have already squeezed an 1896 French movie, a computer virus, a $50 Amazon gift card, Shakespeare’s poems, a clip of Martin Luther King’s “I have a dream” speech, and Watson and Crick’s work describing the structure of DNA into DNA itself, among other things.

However, “saving” and “opening” files stored in DNA memory doesn’t work exactly in a way we recognise. In fact, it’s a read-only process at the moment, and the information has to be accessed as a whole, not in sections. If current computers were like that, you wouldn’t be able to save any new data and would have to open all the files in a folder at once.

Despite the difficulties in turning these early techniques into a workable system, over the past few years interest in this field has boomed. Back in 2012, Alphr reported some of the first attempts to go beyond simply coding data into DNA. Researchers from Stanford University successfully wrote and rewrote one bit of data into bacterial DNA. Their goal is now to increase from a single bit to eight bits – a byte – of programmable genetic data storage.

In the intervening years, researchers at the University of Illinois took this a step further and encoded the Wikipedia pages from six American universities, before successfully finding and editing parts of the text from three of those institutions within the DNA. In this case, the researchers “password-protected” each block of information with a specific code, to make it easier to flag up the sections to find.

See related
The secrets of DNA looping could give us the upper hand in the fight against cancer
Scientists “hack” a computer using DNA: Malware was encoded in strands of genetic code
Scientists have used CRISPR to store a GIF inside the DNA of a living cell

Continuing with the same goal to find and edit specific sections, the latest development comes from an international collaboration between universities in Italy, Sweden and Ireland, where researchers are taking advantage of bacteria and their small rings of DNA called plasmids. Crucially, these microorganisms “swap” plasmids between themselves in a process known as conjugation.

The idea is to “save” data in plasmids trapped in a specific location. To “open” these files, researchers send mobile bacteria to visit their trapped counterparts. After conjugation, they return carrying the desired chunks of information. “If bacteria get within each other’s reach, information, in [the] form of DNA, can pass from a donor to a receiver,” says Alberto Giaretta, doctoral student at Örebro University in Sweden and one of the authors of this study.

“Our idea is to build an archive by encoding information in non-motile bacteria [unable to propel themselves, and therefore immobile]. Later on, this information can be read by motile bacteria that, by using a Molecular Positioning System (MPS, a sort of GPS for bacteria), [will be able to] move towards the archive, read the information through conjugation and then deliver such information to a third point.”

In keeping with tradition, the team generated the DNA sequence coded for the message “Hello World”, which was inserted into a group of trapped bacteria and successfully retrieved after conjugation from a group of motile bacteria. “We used several known techniques, but in a different way and for a different purpose – a clever way of using known molecular biology techniques for a very different application”, add Lee Coffey and Triona Dooley-Cullinane, researchers at the Waterford Institute, Ireland, who were also involved in this study.

While this is certainly impressive, storage isn’t the only application for DNA in computers. Incredibly, researchers at Manchester University have shown DNA can even be “taught” to perform operations.

“Current computers work on the principle of reading a code (stored on the hard drive) and performing a command (using the memory and processor),” explains chemist Andrew Currin, one of the authors in this study. “Our DNA computer has the same principle, except that our hard drive is the DNA sequence and the processor is the enzyme used to copy the DNA. You could easily imagine DNA storage and DNA computers would work very well combined together.” 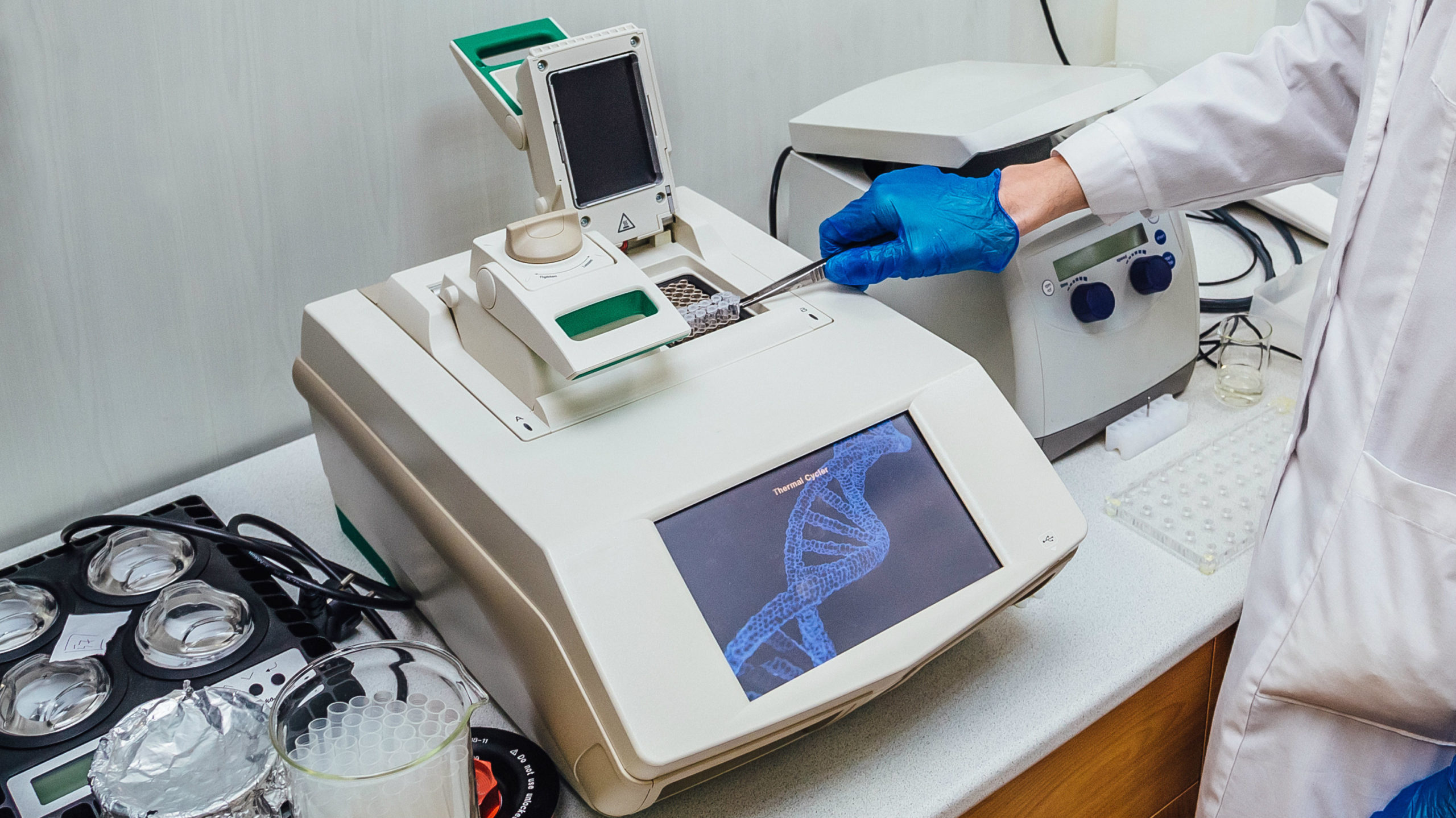 Crucially, what distinguishes DNA computers from our run-of-the-mill devices is that they can “grow”. Not figuratively, but literally. As DNA performs a command, it replicates itself and doubles in capacity. “Everything happens in a tube. No living cells are used, and the DNA is entirely synthetic,” Currin tells me. “The DNA code is recognised by a shorter piece of DNA, which then causes the rest of the DNA to be copied. Once the code is recognised, it can be specifically altered to make a new command. This is done by a process called PCR [polymerase chain reaction], a widely used technique used to copy DNA.”

“[Our DNA computer] replicates itself to follow both paths at the same time, thus finding the answer faster”

The consequences of this increase in capacity are incredible. If you imagine a computational question as a maze, DNA computers take a completely different approach to solve the problem compared to standard devices. “Standard electronic computers, when they come to a T-junction, have to choose which path to take, whereas [our DNA computer] doesn’t need to choose, as it replicates itself to follow both paths at the same time, thus finding the answer faster,” says Philip Day, reader in synthetic biology and quantitative genomics at the University of Manchester.

In other words, it’s like using millions of computers at the same time to solve the problem. “In our DNA computer, each computation is represented by a single DNA strand, which allows us to utilise many trillions of computations happening at the same time. This type of DNA-based computer can have huge advantages over conventional computers. We could have computers more powerful than all computers in the world combined and fit it in a pocket,” explains Konstantin Korovin, senior lecturer at the University of Manchester.

The field has come a long way since 1994, when Leonard Adleman described the first successful example of a DNA computer, but there are still many challenges to overcome. All this work relies on efficient DNA sequencing which, although it has taken huge leaps since it being introduced in the late 1970s, is still bulky and expensive. In addition, the kind of problems DNA computers can solve right now wouldn’t be of much use for posting a picture on Facebook or writing a word document.

“Currently we have a proof-of-concept implementation, but we need to develop the techniques further to achieve the potential. One of the technical challenges is to make DNA computations reliable at a large scale and minimise the number of errors in computations,” says Korovin. 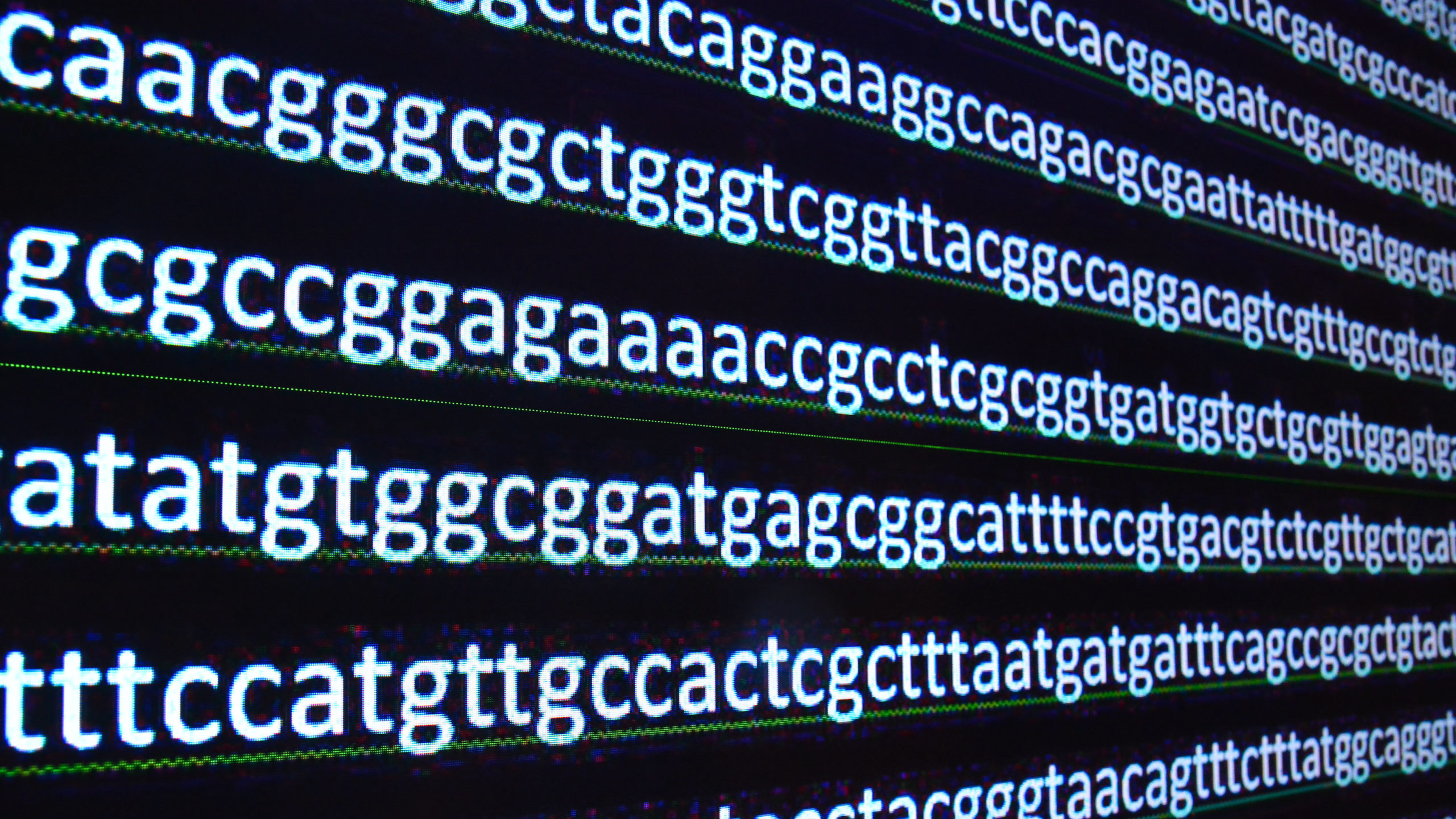 (The code of nucleotide bases in DNA. Credit: Shutterstock)

What makes this field very exciting is the fact large companies are starting to notice the potential hidden inside DNA. Microsoft has recently announced its interest in adding DNA storage to their cloud system. “Interest from technology leaders such as Microsoft, and research developing at the pace which it currently is, makes it likely that DNA storage will be a reality versus a fantasy in the coming years,” say Coffey and Dooley-Cullinane.

It will take some time for DNA-based personal computers and mobile phones to come into existence – if they ever do – but there are many other potential applications that are no longer far-fetched. “We have some thoughts as to how DNA computers might be made available, and one such idea is that these computers will be firstly accessed through the cloud and used to work on larger computational problems,” says the University of Manchester’s Philip Day.

Then there’s something your average computer will never be able to do: it’s not that difficult to imagine DNA computers being introduced into living cells to mingle with existing biological mechanisms. Extraordinary examples on the way include an intelligent way to deliver drugs only when needed or a more accurate detection of cancer. If scientists can crack DNA computers, it may not be that long before the lines between natural and artificial programming start to blur. 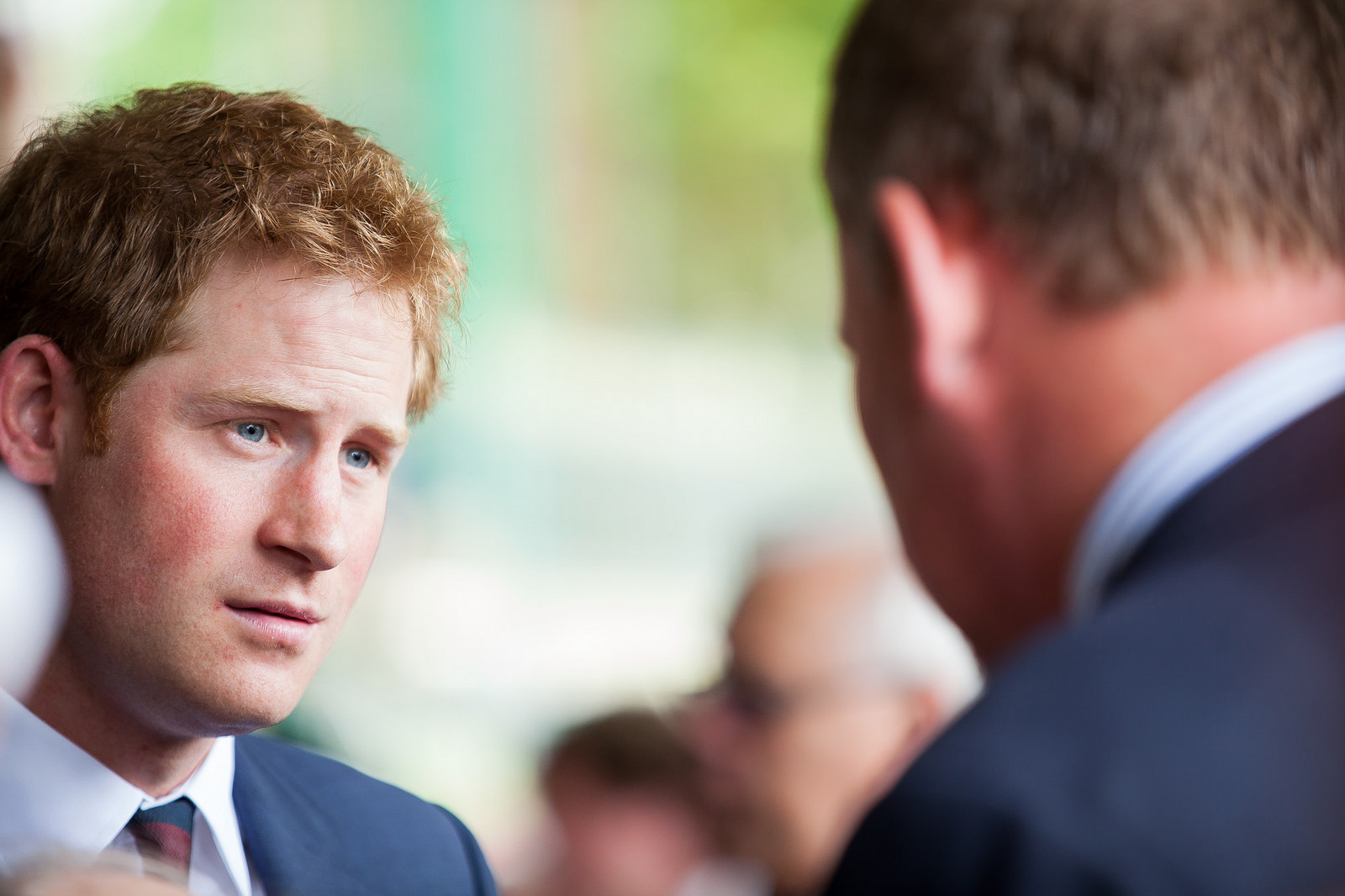 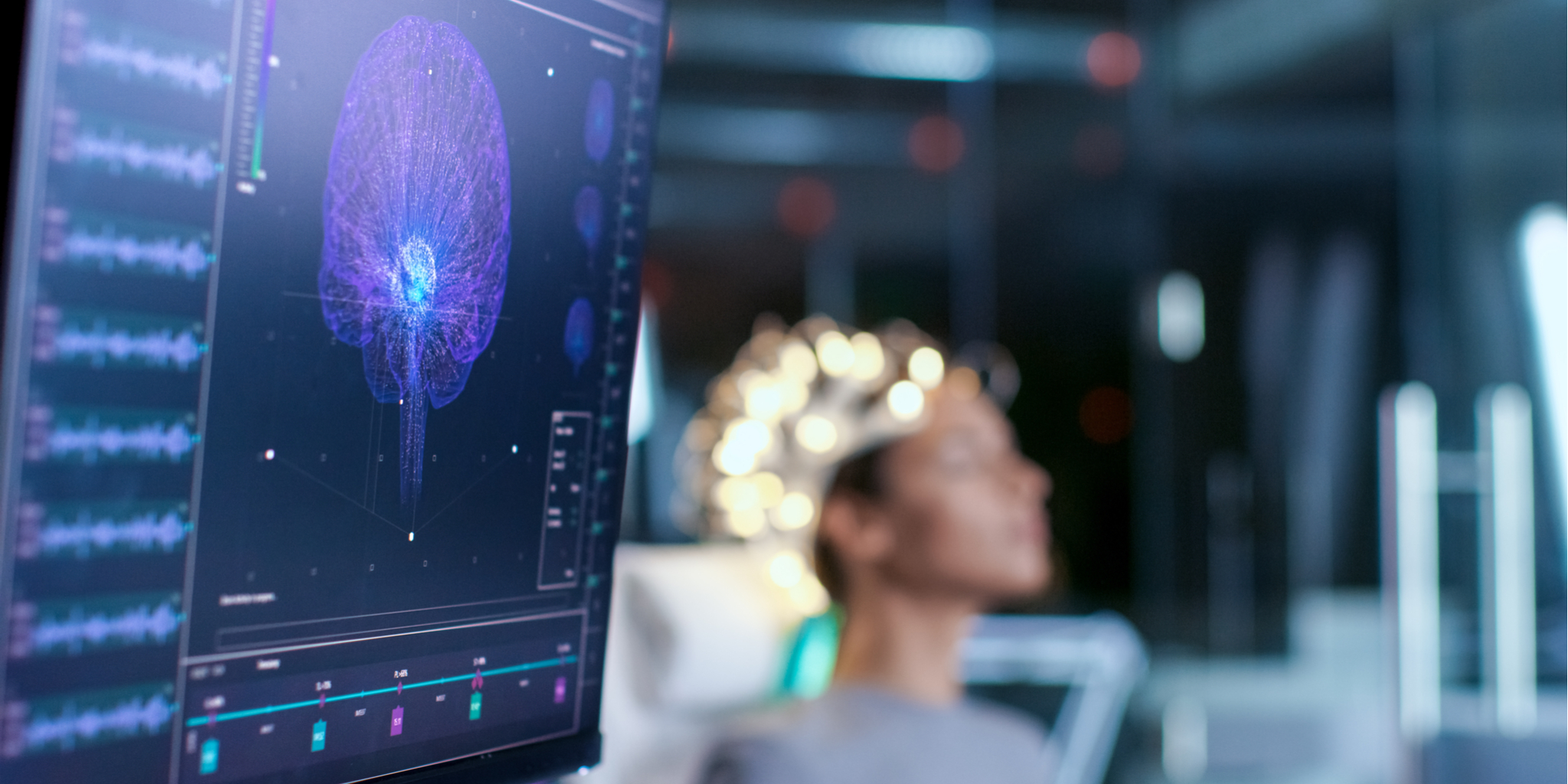 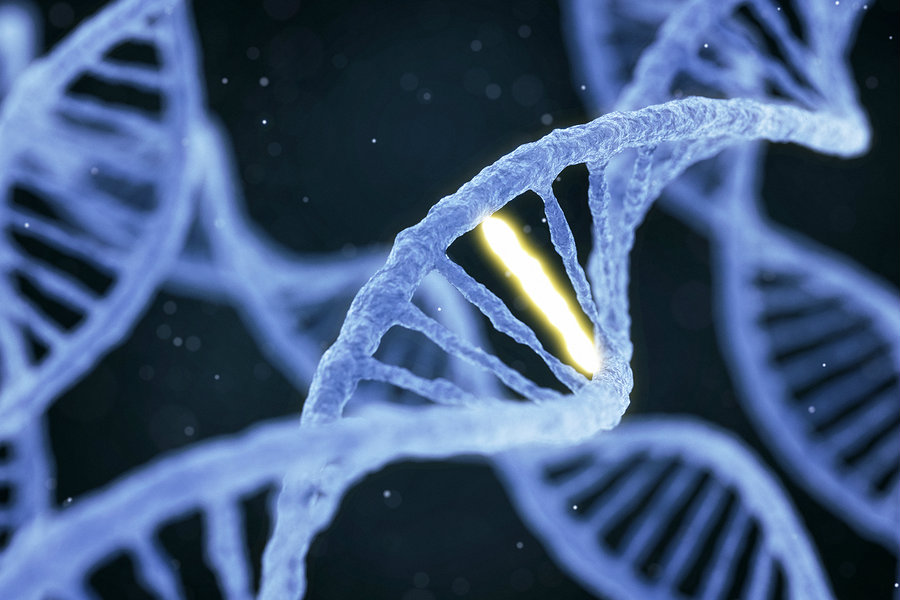 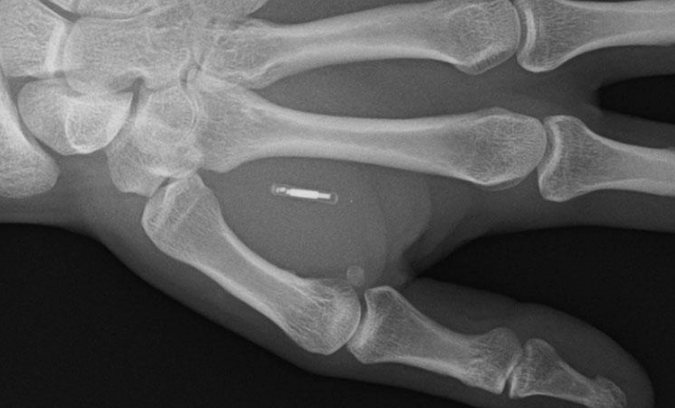 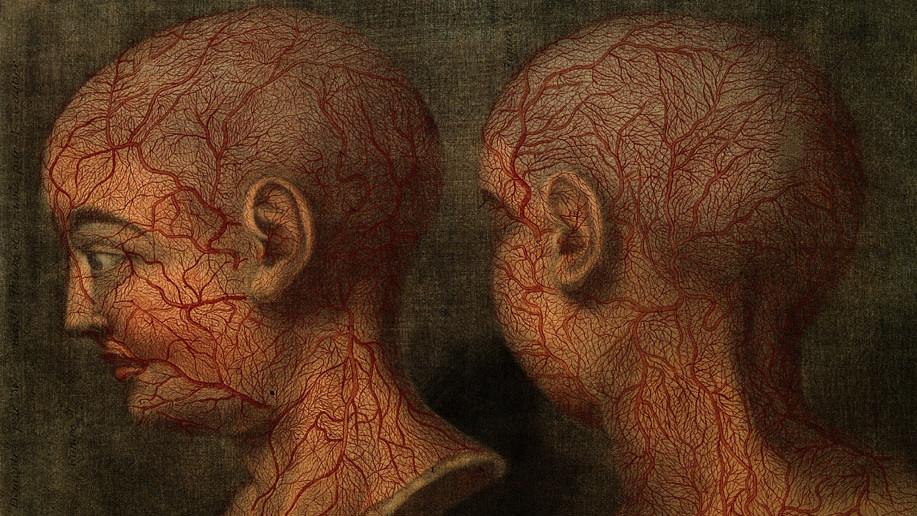