Jonathan Bray Jon has been tinkering with tech since the days when 128KB was a lot of storage, and games took 20 minutes to load via tape cassette. He’s been smitten ever since, and having decided to forge a career in technology journalism, he’s now been testing, reviewing and dispensing balanced and objective advice for over 20 years. If it’s been released in that time and has some kind of processor, he’s probably tested it. Despite having written about enough PCs, laptops, tablets, routers, smartphones, headphones, graphics cards, monitors, printers, scanners, cameras, cars and smart tech to fill an Amazon warehouse, his enthusiasm for all things shiny has never waned. Read more December 2, 2015

The original Misfit Shine has been around since 2012, tracking your steps, fitness levels and sleep long before most other manufacturers even thought to muscle in on the market. The original was a great success for the company, with good looks, as well as accurate step and sleep detection. The Misfit Shine 2 builds upon that and refines it. 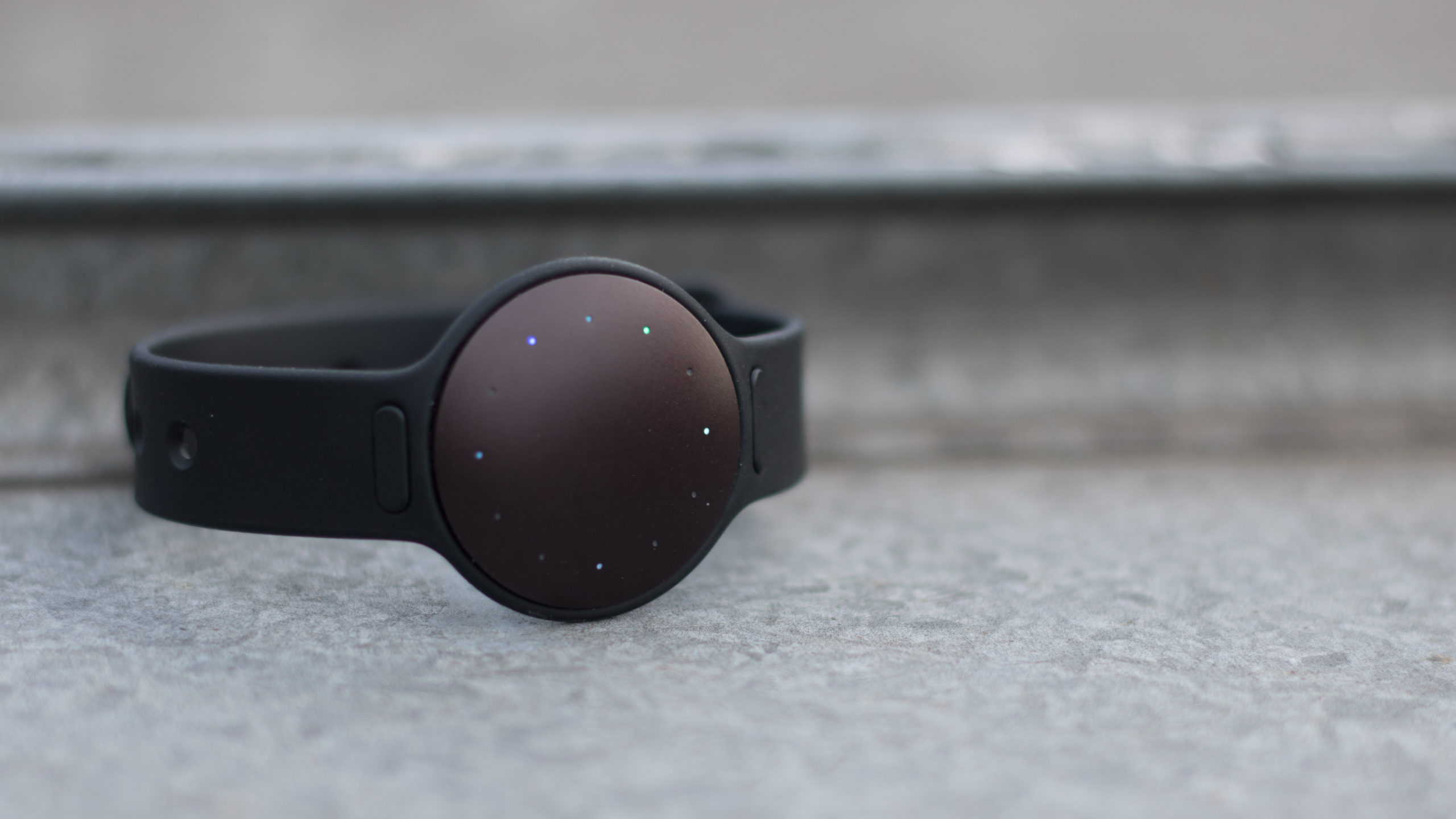 See related
Moov Now review: A personal trainer on your wrist
Best smartwatches of 2018: The best watches to give (and get!) this Christmas
Best smartphones of 2016: The 25 best mobile phones you can buy today

The first thing to note is that the Shine 2 doesn’t fix the biggest gap in its predecessor’s capabilities – it still lacks a heart rate monitor – but it does add plenty of new functions and improves the design.

Not that there’s a huge difference between the old and the new. Just as with the original Misfit, the Misfit 2 is an attractive aluminium disc with an anodised finish, and a series of pinprick LEDs ranged around its circumference indicate activity and various other types of status.

It’s still powered by a standard coin cell, and battery life is measured in months, rather than days (six months, to be precise). That’s the benefit of not having a heart rate monitor built in.

So, what’s new? The face of the Shine 2 is a touch broader than the original and thinner. The LED indicator lights now illuminate in a rainbow of colours – red, blue, green and white – and the strap has been redesigned.

It’s a good-looking thing, but it isn’t the most practical of designs, and the redesigned strap is the main culprit. It’s soft and rubbery, with a stretchy rubber ring that’s designed to hold the body of the Shine 2 in place and to secure it to your arm. There’s also a thin strip of plastic that fits across the rear (rather grandiosely called the Action Clip), designed to prevent the tracker from popping loose, something the original was prone to do, apparently.

The problem is that the Misfit Shine 2 still doesn’t sit safe and secure on your wrist. Several times during testing I experienced a heartstopping moment of looking down at my wrist and seeing an empty space where the Misfit should have been. So far, I’ve managed to locate it after a few seconds of panicked scrabbling around. I don’t for one moment imagine I will continue to be so lucky.

The Misfit 2 also comes with a clothing clip, which you’re advised to attach to your shoe or shirt during workouts, and tracker itself is still waterproof to 50m, so you can wear it in the pool if you want to.

Misfit Shine 2 review: What does it do?

Like any fitness tracker – and the original before it – the Misfit Shine 2 counts your steps. It also tracks your sleep, estimates distance travelled and calories burned, and it does so reasonably accurately, detecting periods of activity automatically and presenting your progress towards set goals on both the face of the tracker and in the companion smartphone app.

On my regular walk to work, the distances it guessed were generally spot on, slightly underestimating them if anything, guessing at 0.4 miles between the tube station and the office when the distance was actually 0.5 miles.

It was also reasonably good at automatically detecting my sleep patterns, indicating periods when I was awake and in deep and light sleep. Occasionally, it was fooled by long periods of inactivity – such as the time I was lounging on the sofa binge-watching Narcos – but most trackers I’ve used suffer from this problem, and the Misfit Shine 2 suffers from it less than others.

You can set various goals, of course, and your progress towards these is indicated by the LEDs on the front of the Shine 2. Handily, it can also tell the time. Tap the face of the tracker, and the LEDs light up as if they were a watch face, with white LEDs indicating the 12, 3, 6 and 9 o’clock positions, and blue and green lights acting as the hour and minute hands. Those same LEDs then turn red, acting as a circular gauge to show you how far you’ve progressed towards your goals.

The companion app, compatible with both Android and iOS devices, is where all your activity tracking information is stored and displayed in more detail. You have to manually sync to get the data across, but once this is done, the data is displayed in a simple, easy to understand fashion.

The default view gives an overview of your sleep data and activity progress for the day. You can also view the current week and month’s activity on a graph, as well as individually detected activities. The Misfit can’t tell precisely what you were doing – you have to edit your activities and tag them after the fact – but it can tell when you’re doing “light”, “moderate” and “intense” exercise.

All in all, it’s an elegant fitness and activity tracking system. It isn’t as good as the Moov Now for coaching and overall depth of information and analysis, but there’s a handful of other things the Shine 2 can do that the Moov can’t.

First, it has a vibration motor. This is used to discreetly alert you when calls and text messages arrive on your phone, wake you up in the morning and remind you to stand up at regular intervals. It’s no smartwatch, but in a device with six-month battery life, that’s an entirely acceptable compromise.

There’s also integration with Misfit’s Link app, allowing you to employ the face of the Shine 2 as a shortcut button for various functions on your smartphone. It’s a touch basic – you can only set up a single action – but the list of available shortcuts is quite varied: it’s possible to set up a triple-tap to pause/play music and skip tracks, as well as a remote camera trigger for selfies, or even to trigger IFTTT recipes.

Fitness trackers are ten a penny these days, but it’s to Misfit’s great credit that it stands out from the crowd. The Shine 2 is attractive and comfortable to wear, tracks all the things you’d expect it to, is waterproof and has a great battery life.

It can’t match the Moov Now’s active coaching prowess, nor the range of data it can capture, so if you’re wanting a tracker to encourage you to do more training, this probably isn’t it. And it’s a shame that it pops out of the wrist strap so easily. However, as an everyday activity tracker with a little bit extra, the Misfit Shine 2 has much to recommend it. 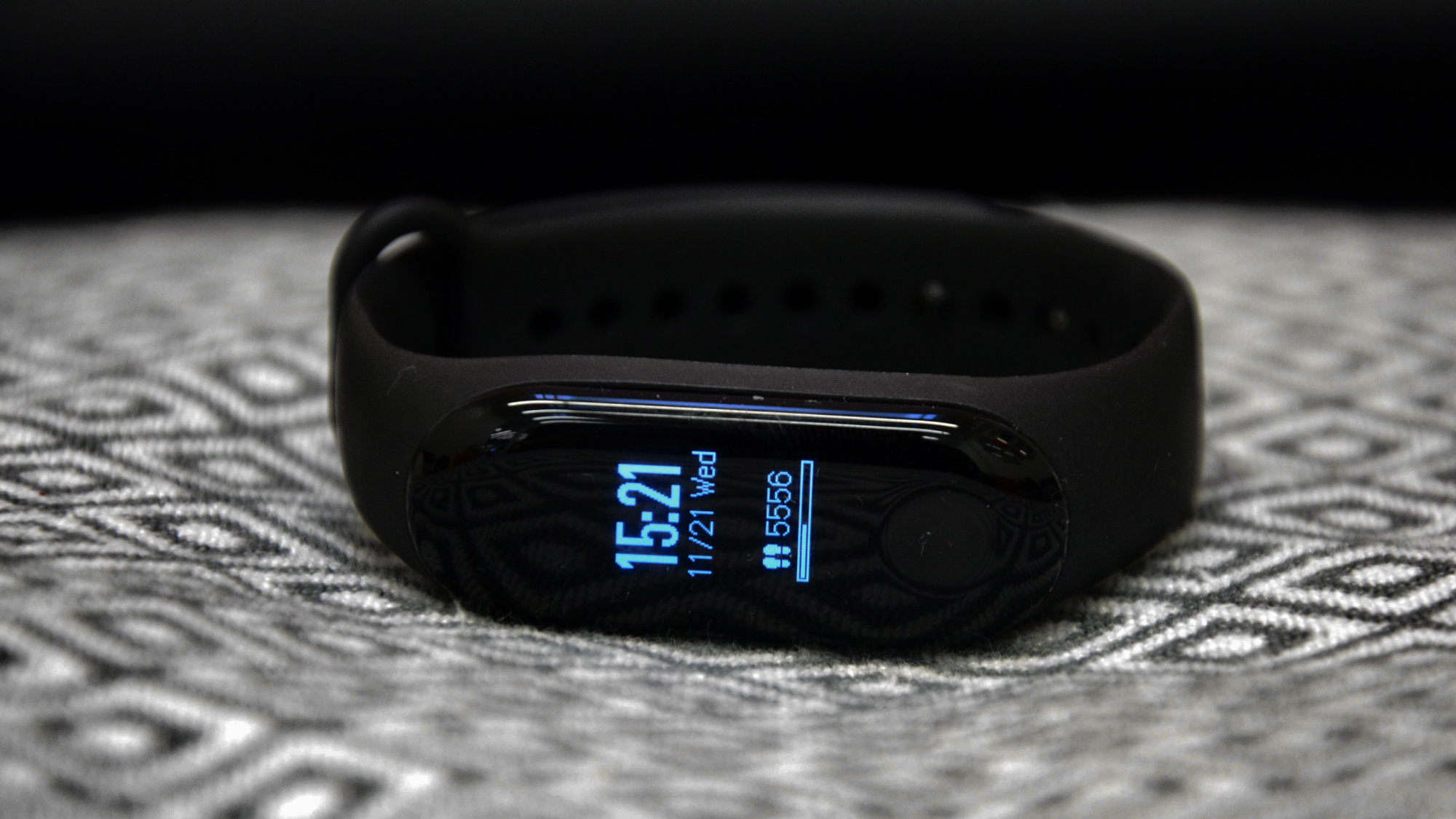 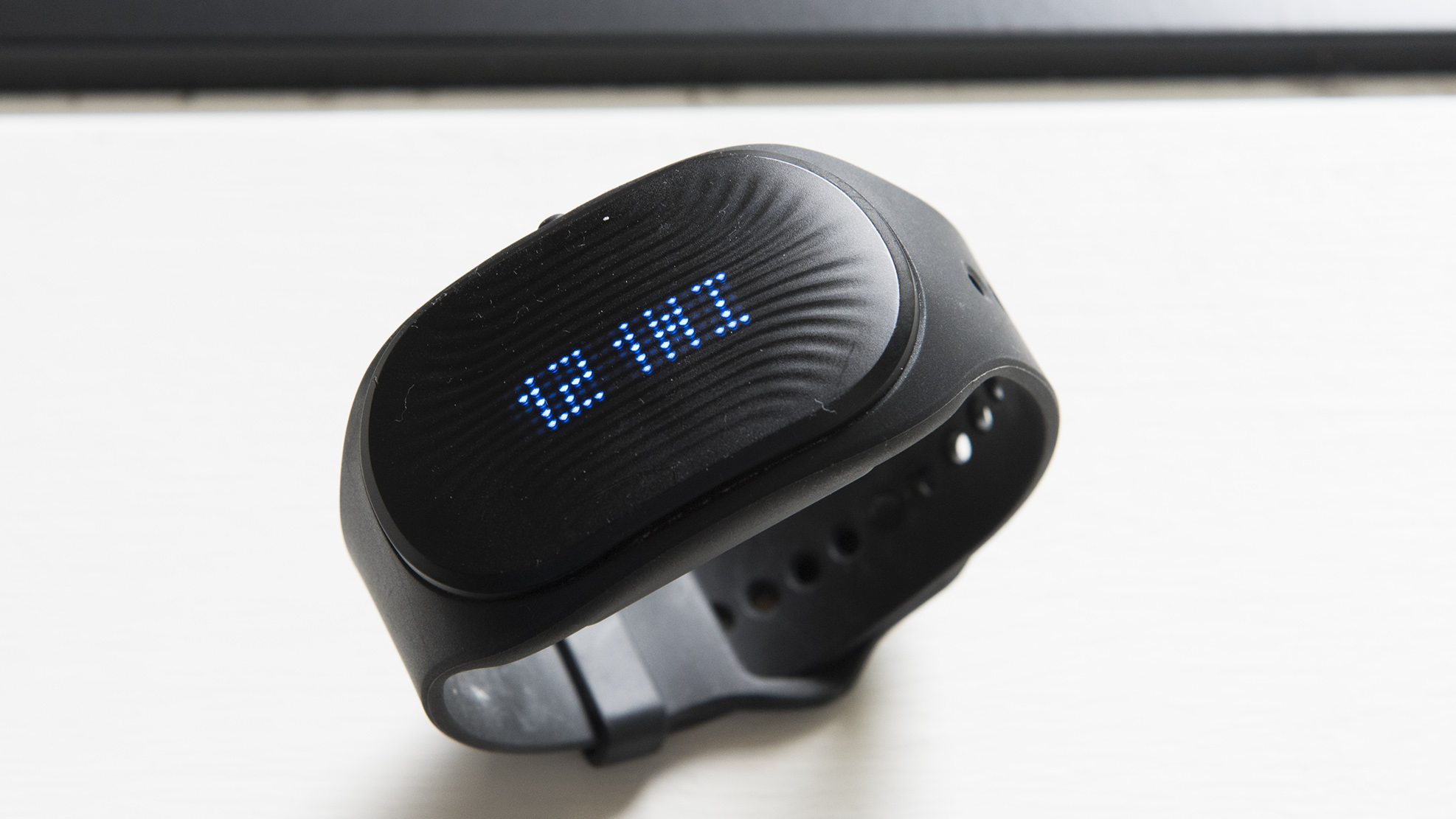 Healbe GoBe 2 review: This fitness tracker claims to automatically count calories but does it work? 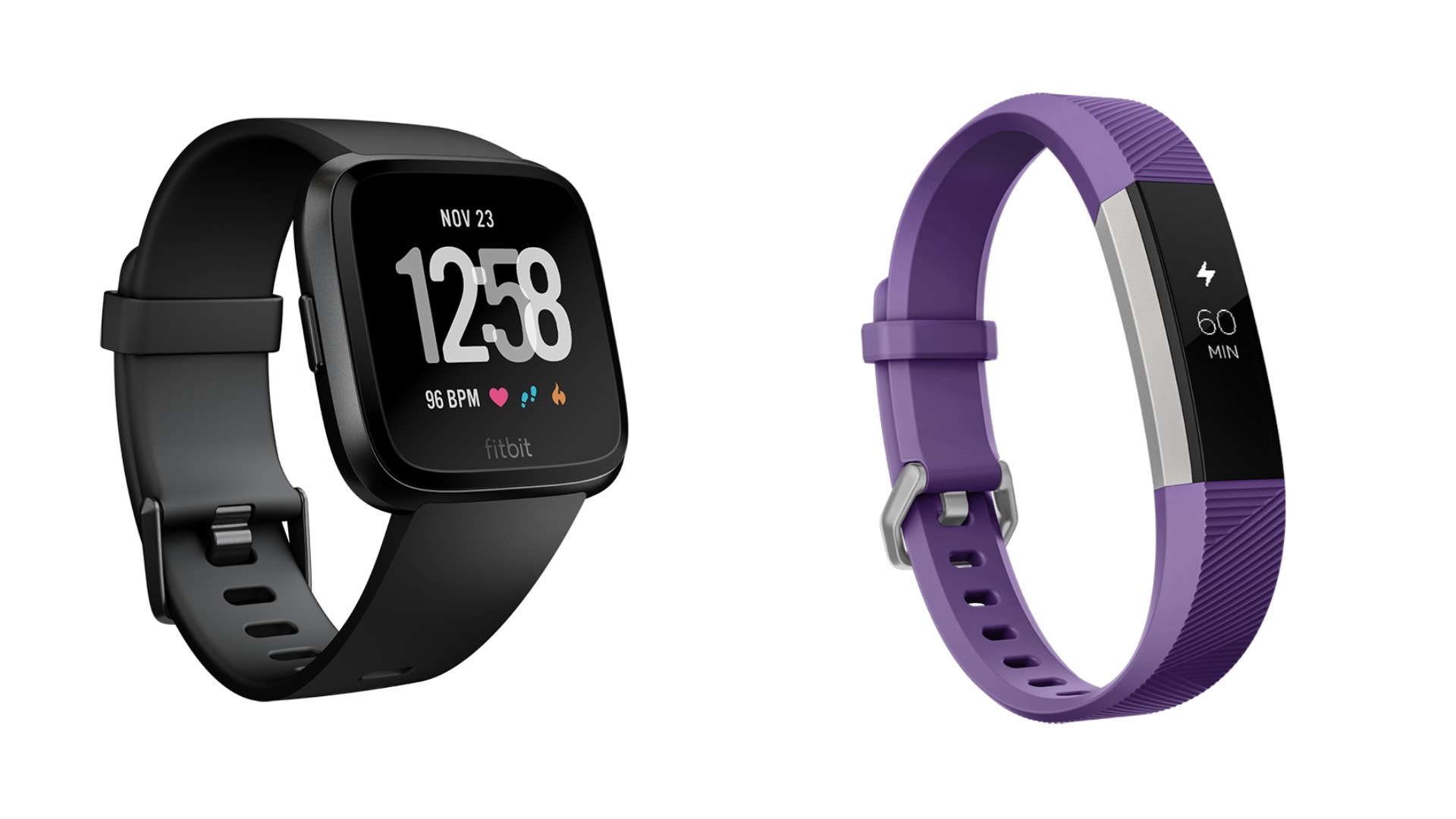 Fitbit unveils a cheaper smartwatch and a tracker for children 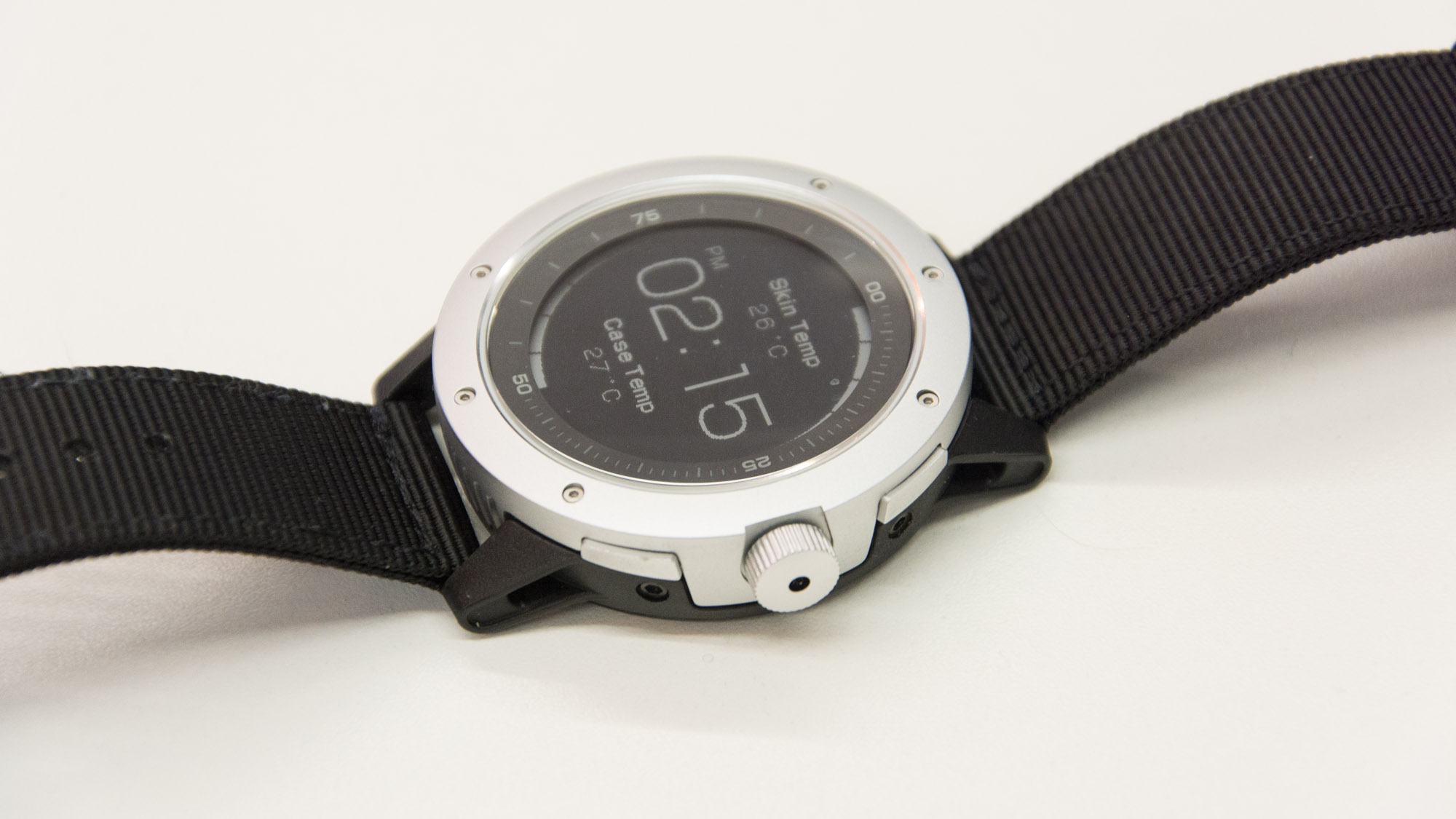 Matrix PowerWatch review: The smartwatch you never need to charge 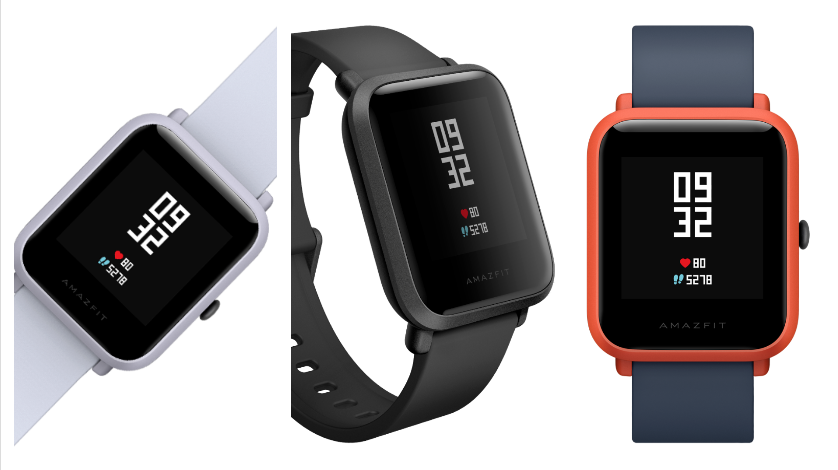