Jonathan Bray Jon has been tinkering with tech since the days when 128KB was a lot of storage, and games took 20 minutes to load via tape cassette. He’s been smitten ever since, and having decided to forge a career in technology journalism, he’s now been testing, reviewing and dispensing balanced and objective advice for over 20 years. If it’s been released in that time and has some kind of processor, he’s probably tested it.Despite having written about enough PCs, laptops, tablets, routers, smartphones, headphones, graphics cards, monitors, printers, scanners, cameras, cars and smart tech to fill an Amazon warehouse, his enthusiasm for all things shiny has never waned. Read more June 2, 2015

There always seems to be more fuss made over the release of shiny new hardware, especially new Nexus phones, but remember: new Nexuses also means the arrival of the latest version of Android, and in this case it’s Android 6 Marshmallow.

First announced at Google’s I/O conference earlier in 2015, Marshmallow has been available for developers to install on compatible devices for some months, but it will finally arrive in a form that’s ready for customers on the Nexus 6P and Nexus 5X smartphones, and it will steadily roll out to older Nexus devices over the course of the coming weeks.

Marshmallow isn’t a dramatic overhaul, but as ever it brings with it a number of new features and changes. Here’s what you can expect to see when the software update hits your phone. 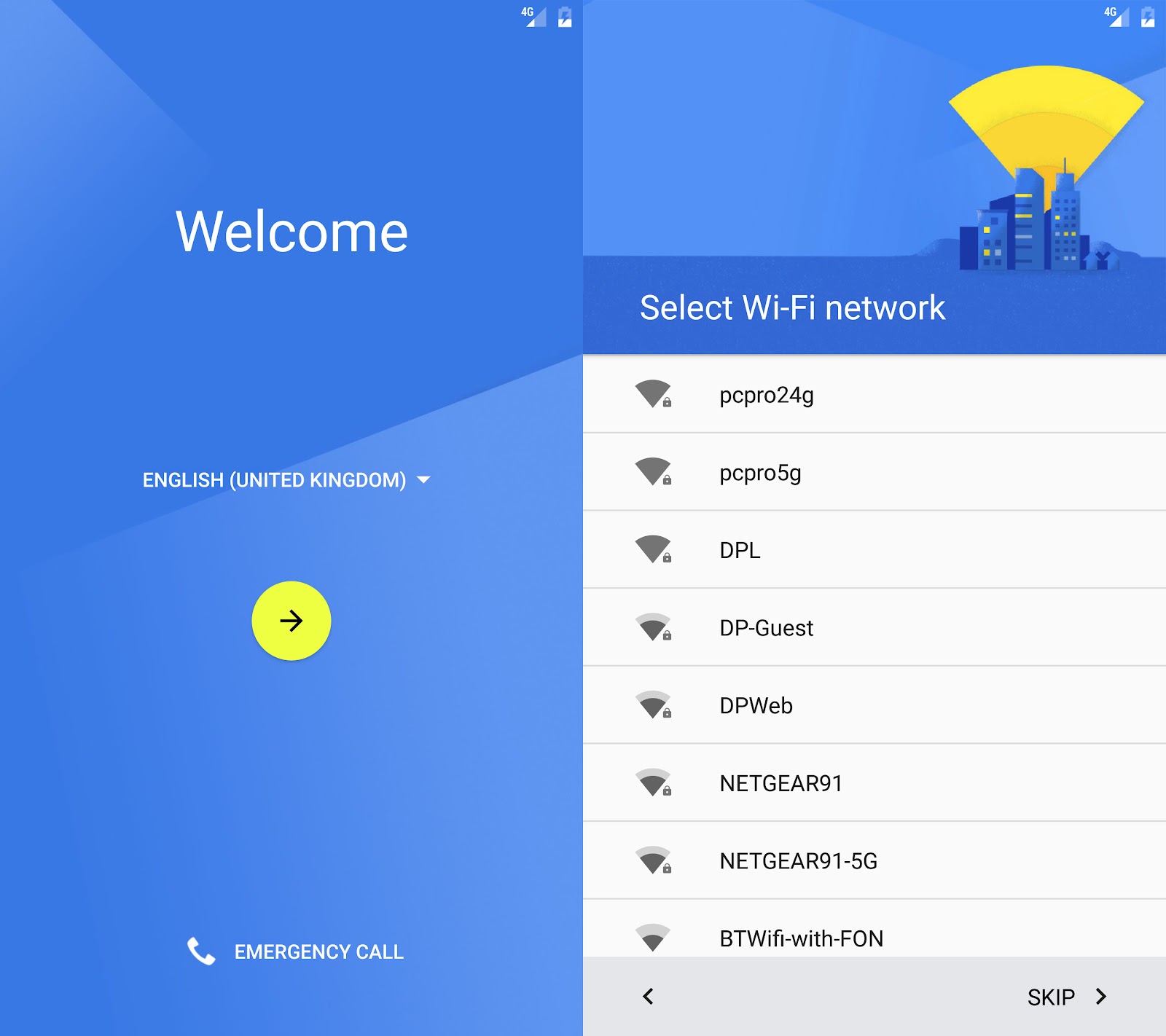 It’s the same story with the general look and feel of the UI – there’s no change to the overarching design language of Android. Throughout the OS, Google has maintained the visual trope of floating flat cards – a look it calls “Material Design” – which it introduced last year.

There are, however, some smaller visual changes to get your teeth into, and the most significant of these sees a retooling of the app tray. Instead of scrolling sideways, it now scrolls vertically, with a search field and a list of four “favourite” apps up top, and your apps organised in alphabetical order below.

This a change to the way the app drawer looked in early versions of Marshmallow. The messy A-to-Z indexing along the left has gone, which means it’s much more neat and tidy to look at.

Lollipop has come in for some criticism over the past year for the way it deals with volume control between apps, alarms and ringtones, not to mention the oddly implemented Do Not Disturb mode. Android 6 Marshmallow sets about simplifying this simple but critical part of Google’s mobile OS.

The rather confusing “None”, “Priority” and “All” links below Lollipop’s single volume control have moved to the toggles area of the Notifications dropdown menu, and have been renamed more clearly as “Do Not Disturb”. 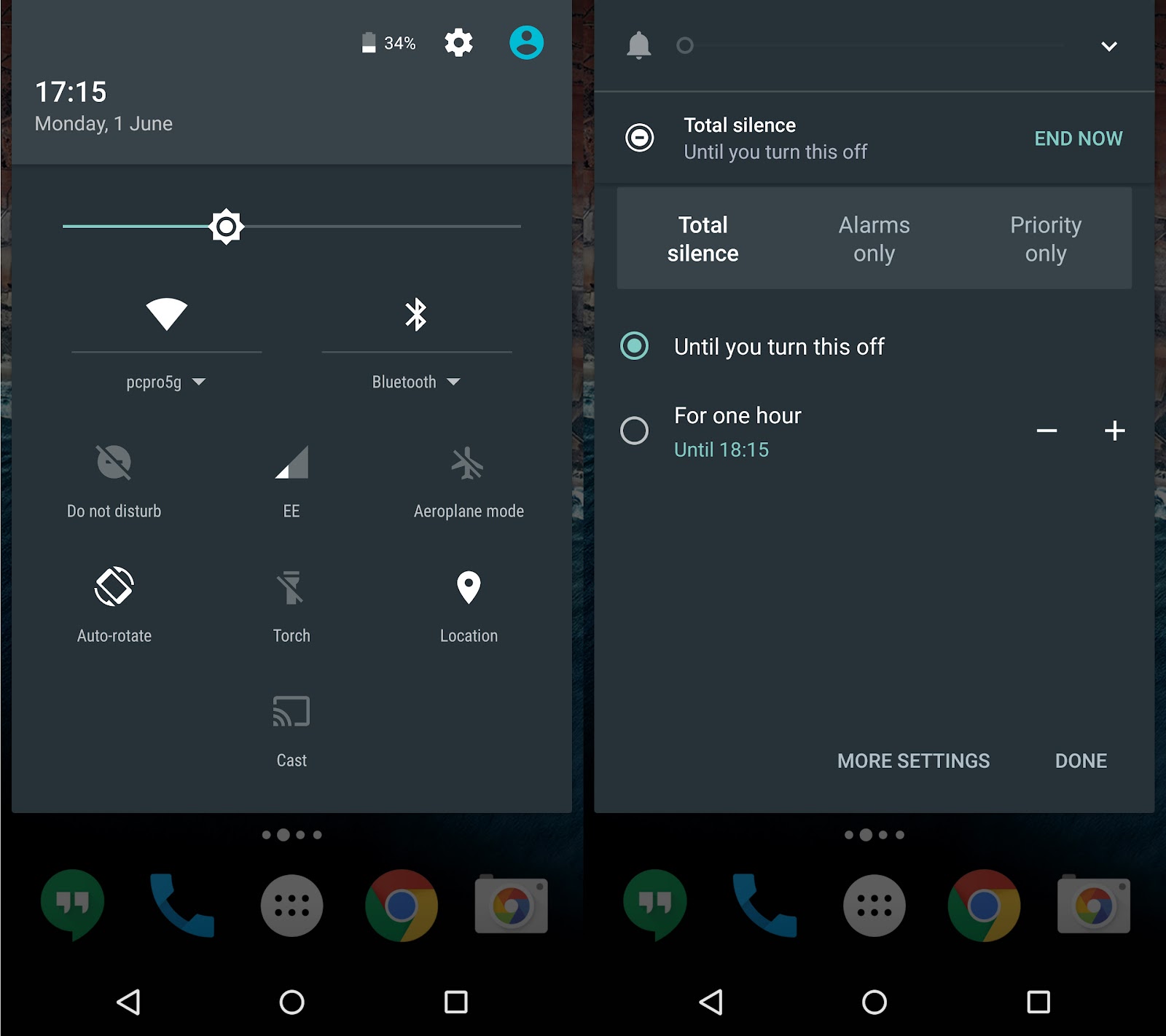 Tap this icon to see three options, which are again much easier to understand than before: “Total silence”, “Alarms only” and “Priority only”. Much simpler. Each of these can be switched on indefinitely – “Until you turn this off” – or for a set period of time – “for 1 hour”.

That’s not all, though. The volume slider that appears whenever you click the up/down rocker buttons on your phone now has a dropdown arrow to its right, which allows you to quickly tweak media and notification volume. Another big improvement.