Hacking the brain: How technology is curing mental illness

Our perception of the mind changes as our technology evolves. With the whirring gears of the Enlightenment came the metaphor of the mind as a ticking clock. The steam engines and hydraulics of the industrial revolution influenced the drives and impulses of Freudian psychoanalysis. The signals of the telegraph network provided a basis for early neurology. In our current age we think of the mind in terms of computers.

Using machines as metaphors is one thing, but using technology to address mental illnesses and neurodegenerative diseases at a practical level is another. Science fiction is full of scenarios where the mind is fixed or improved like a computer – settings are tweaked, operating systems updated and broken hardware replaced. Is there any basis for this in reality? Will we ever be able to use technology to fully cure mental illness and, if we can, should a line be drawn between a cure and an enhancement?

I went to speak to Dr Simon Schultz, head of The Centre of Neurotechnology at Imperial College in London. One of the leading figures in the overlap between engineering and neuroscience, Schultz has spent decades trying to understand and treat mental diseases such as Alzheimer’s and Parkinson’s. 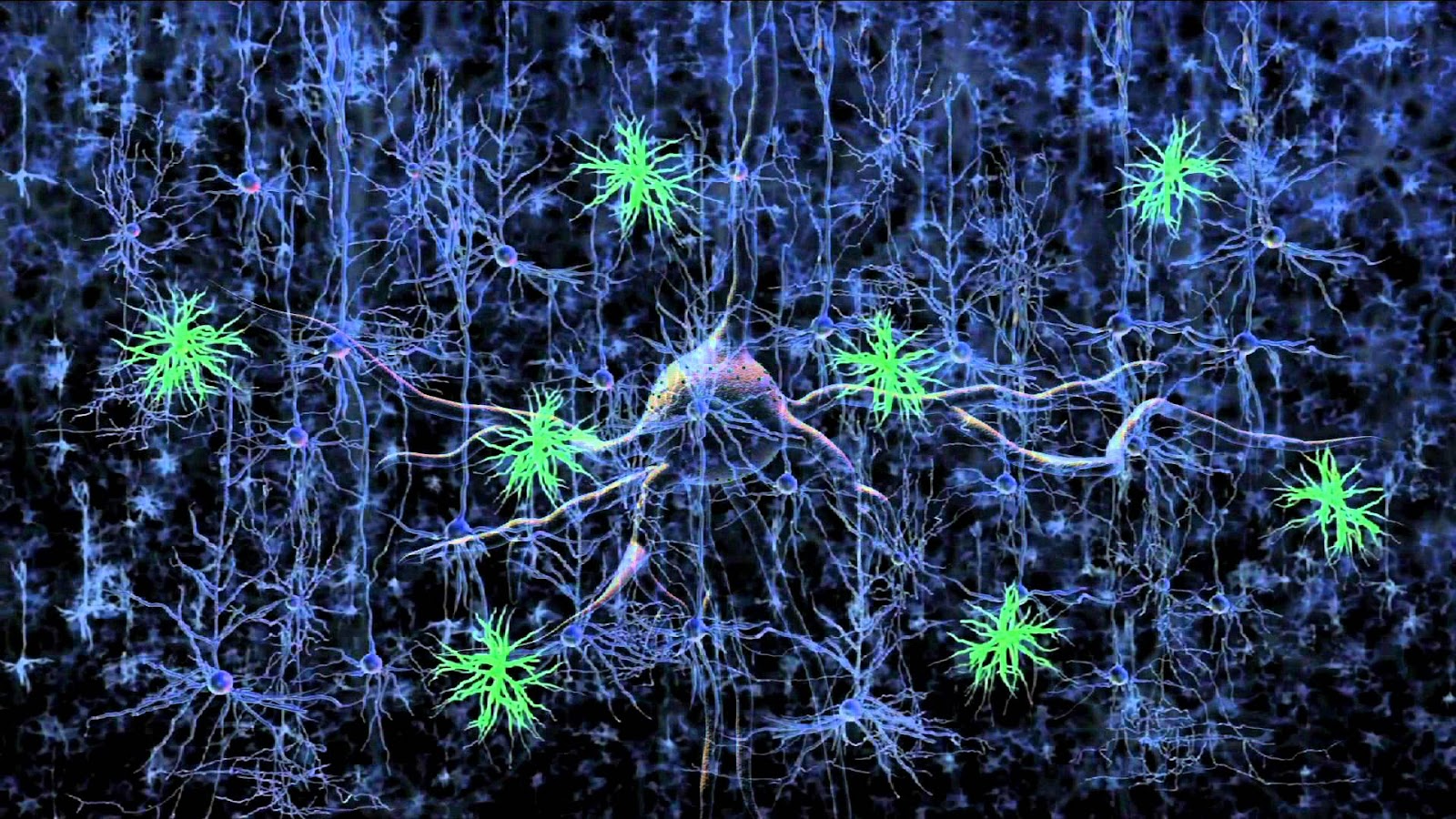 The problem, Schultz tells me, is targeting. Treatments for illnesses and degenerative diseases such as Alzheimer’s have traditionally been drug-based. The pharmaceuticals industry has poured billions of pounds into the study of these diseases but is increasingly coming up against barriers. In a nutshell, when you’re trying to cure mental illness using drugs in an organ as complex as the brain, it can be a little like playing a piano with a canon.

A drug affects the brain as a whole, and this is an issue. “Basically the drug industry model has run into fundamental problems because it is becoming exponentially more difficult to find new compounds that can deal with the disease in question but which don’t affect other things” Schultz explains. So how do we overcome this inability to target? “You do it with devices,” he says.

If you want an example of how devices are offering better targeting than drugs you need only look at Deep Brain Stimulation (DBS). Currently used to treat Parkinson’s disease, severe depression and Obsessive Compulsive Disease (OCD), DBS involves implanting electrodes into one of three specific target sites in the brain. The electrodes, connected to a power source tucked beneath the skin of the chest, send electrical impulses into the brain tissue. Zapping the mind through such controlled measures stimulates precise parts of the brain, which can lessen tremors associated with Parkinson’s disease or even act as an antidepressant. 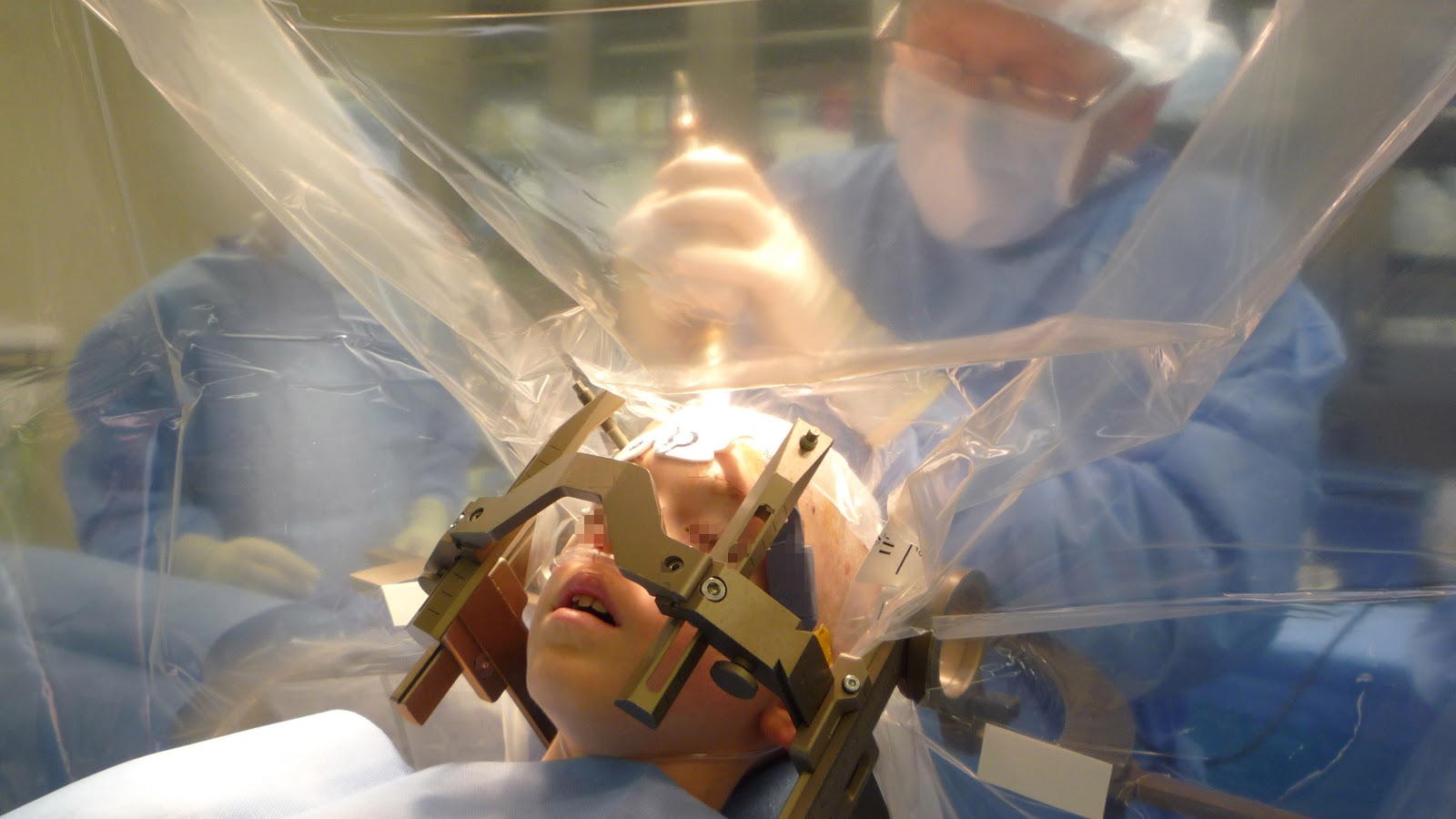 While DBS is currently available as a therapy, Schultz tells me there remains plenty of room for improvement. For example, the medical company Medtronic is currently working on an automated DBS setup. The aim here is to make a system that employs algorithms to tailor electrical stimulation to the patient’s mental state, potentially in combination with an artificial intelligence (AI) that’s able to learn the activity of a patient’s brain. If you have a seizure or if you’re asleep, for example, this advanced DBS will automatically adjust the amplitude or pulse width of the stimulation to suit.

This technique uses light-sensitive receptors found in green algae, of which channelrhodopsin is one. Schultz explains that this receptor is basically a “light-activated pump” that moves positively charged ions across a membrane when exposed to blue light.

In order to get the receptor into a neuron, it needs to be inserted into a virus. The virus is modified to target certain classes of neuron and “infect” them with the light-sensitive receptor. Inject the virus into the brain and, voila, you have sections of the brain that can be turned on and off with light. How do you get light to the neurons? Through inserting an optic fibre into the brain tissue. 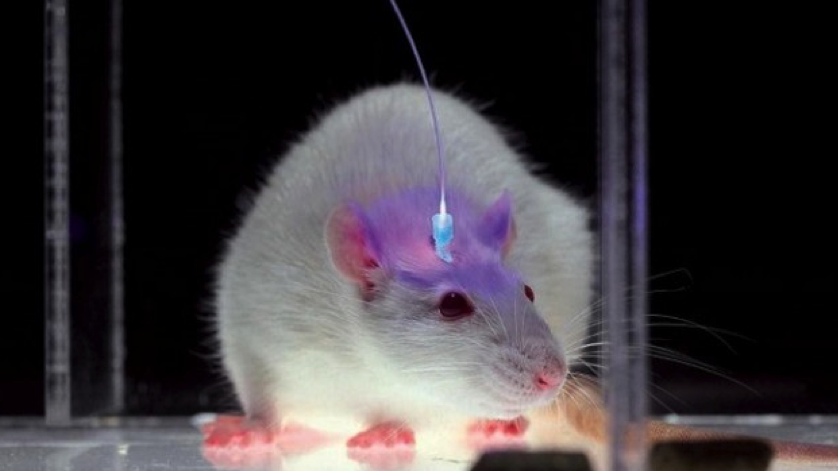 The genius of this method is that you can control specific neurons. Not only does this allow for scientists to study the relationships between different neurons, it also provides a more precise way to treat mental illnesses such as Schizophrenia, Parkinson’s and depression. If the brain is a piano and drugs are cannonballs, optogenetics is Johann Sebastian Bach.

Schultz tells me that they’re also working to develop the system so that it can be used without optic cables: “This method doesn’t need to be used with light; you could put a similar sensitivity in the neuron to make it drug-activated instead. I see that – in particular – as being a really powerful approach in the future.”

If implants aren’t your thing, there are non-invasive brain-machine therapies being developed too, such as Electroencephalograms (EEGs). These don’t require surgery, but on the flipside could prove less effective: “With regards to performance, you’re always going to be more limited with brain-machine interfaces than invasive implants because you have a centimetre of skull in the way,” explains Shultz.

There are a number of EEGs already on the market, including Emotiv Insight. Billed as “the next-generation brainwear”, the Emotiv Insight lets you monitor your own brainwaves. It looks like something you’d see in an episode of Black Mirror, modelled on the company website by people wearing white tendrils wrapped around their foreheads. 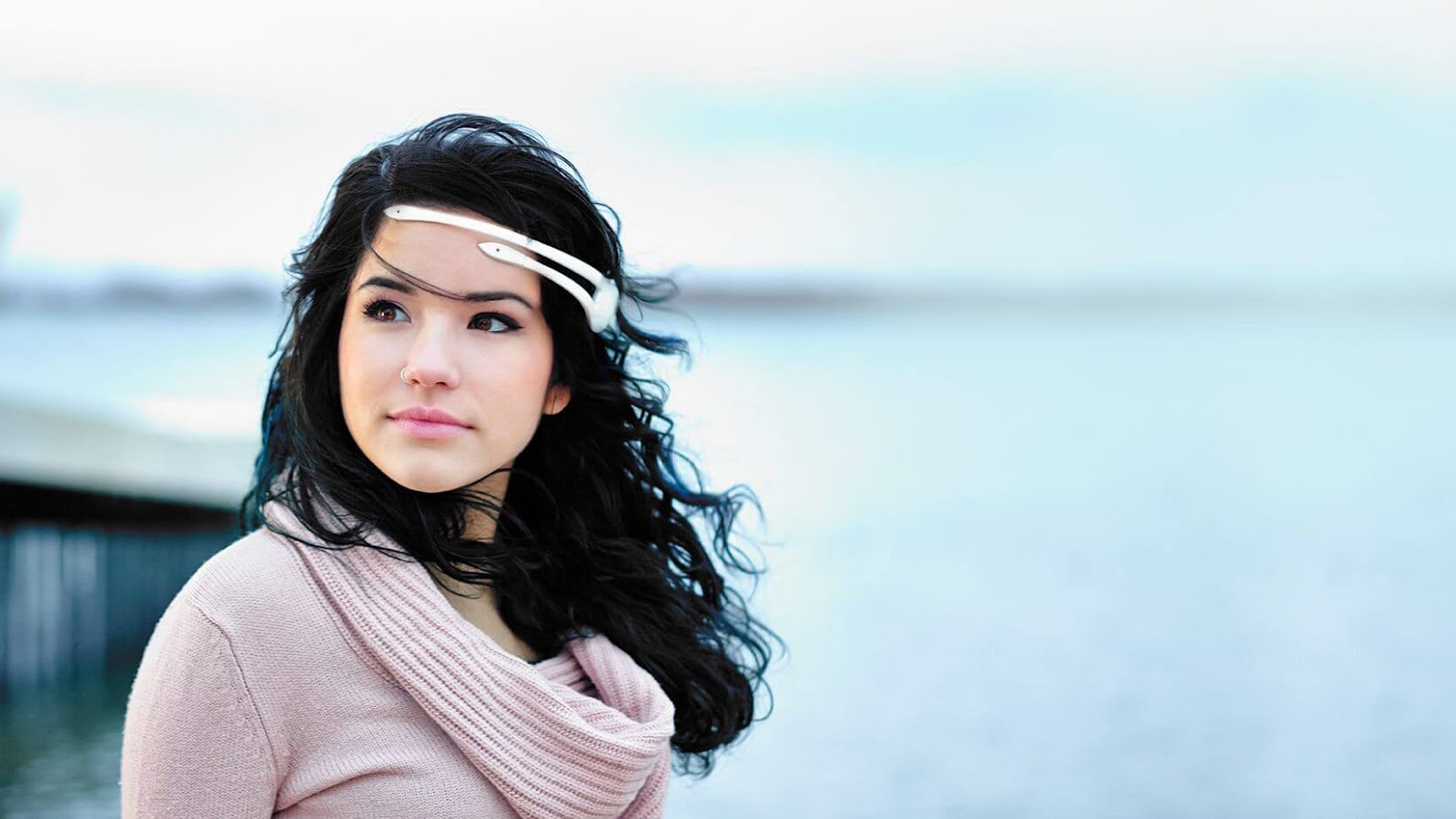 Most EEGs are impractical to wear for prolonged periods, but engineers at Imperial College have developed a potential solution that could address this particular limitation – an in-ear EEG. This EEG simply slots into your ear like a hearing aid and can be used to monitor the brain activity of patients suffering recurrent problems such as seizures or sleeping disorders.

Schultz points to the in-ear EEG in applications monitoring mental wellbeing outside of a hospital setting. With contact sports, for example, it could be useful for keeping an eye on concussions to ensure they don’t lead to traumatic brain injuries.

“There’s a big drive to have rugby players wearing such devices, since they’re able to send a signal and warn if someone needs to be taken off the pitch.”

Using technology to target and control increasingly specific sections of the brain is, as you’d expect, an ethical minefield. One of the crucial considerations in the development of these capabilities is where you draw the line between treatment and augmentation.

“It’s an evolving field; it’s an evolving concept,” Schultz tells me. “We’ll have the technology at some point to place invasive implants into people’s heads to give them new senses. I’d imagine the military would like to be able to do that. We might consider it unethical for them to do certain things. But on the other hand, if you had someone who is tetraplegic and has to have these implants then you have a strong ethical case to give them control of their body to be able to live an independent life. And why would you stop with normal body functionality? Why would you stop?” 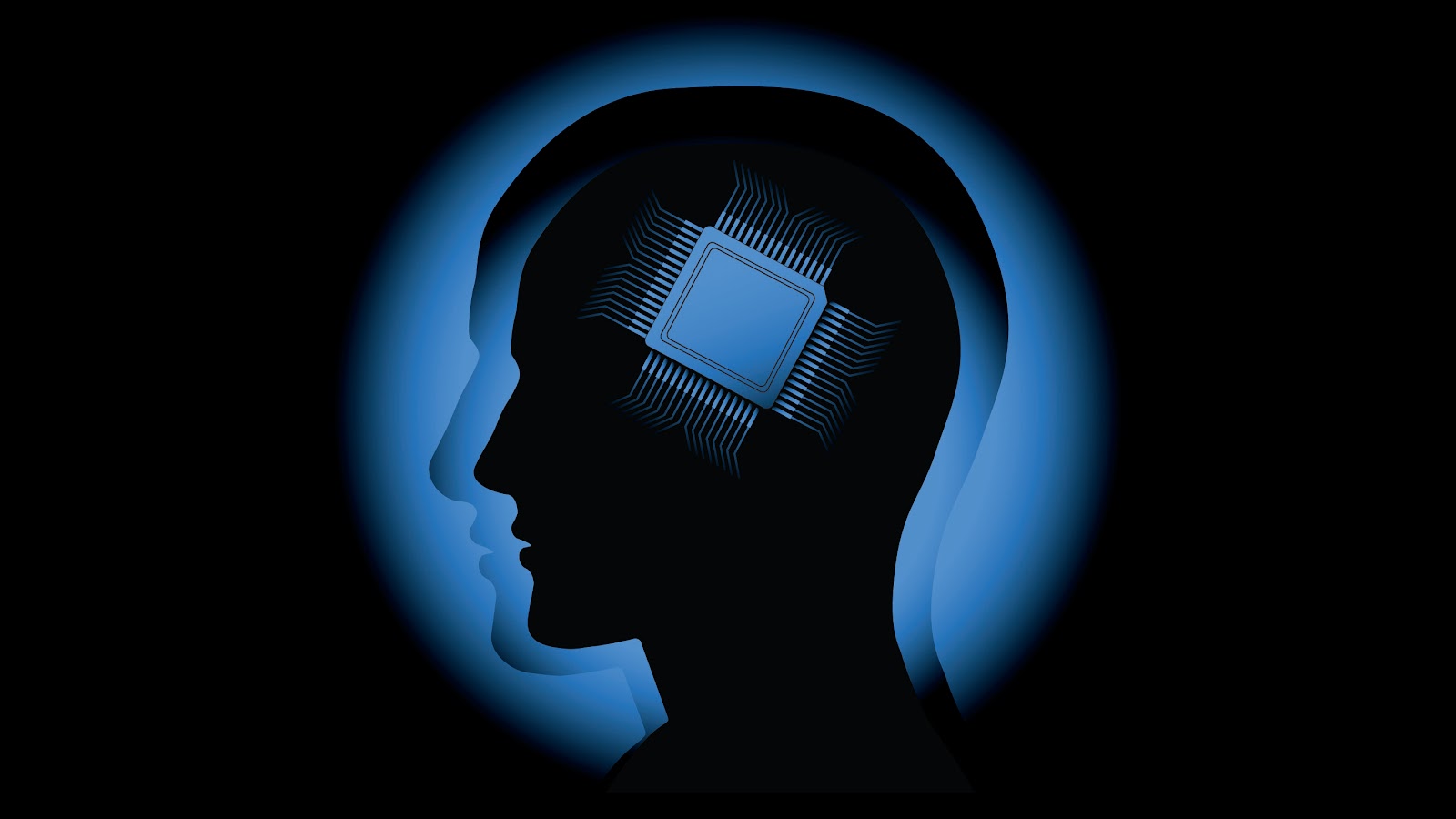 Drawing a line between human and superhuman capabilities might sound relatively straightforward, but it isn’t that clear-cut. Schultz tells me that the complication for researchers isn’t necessarily to consider today’s version of right and wrong, but rather to predict how that ethical framework will change over the next hundred years.

“It isn’t only what we can do that changes, society’s perspectives change too,” Schultz explains. “Look at privacy as a social concept. Think about how our great grandparents would have dealt with the level of exposure we now have online. It’s something they would never have considered. What’s acceptable now and what will be acceptable in 2035 may be quite different. Are we developing technology for the ethics as they are now or the ethics of 2035?”

In terms of mental illness, Schultz tells me he is confident scientists will eventually be able to cure diseases such as Alzheimer’s and Parkinson’s. The question is, when we have the capability to shape the human mind, does it become more difficult to decide where mental weaknesses end and mental illnesses begin? When the human mind can be tweaked and upgraded, how easy will it be to go beyond treatment and into augmentation?

Our perception of the mind changes as technology changes. From ticking clocks to computers, we’ve mapped the mind in shifting metaphors taken from the machines we use. These metaphors change and the way we conceive of our own capabilities changes too. As Schultz suggests, how we demark our mental abilities in the world of today will be different from our expectations in the world of tomorrow.

How to Turn On Amazon Photos Autosave Option