Saving the earth from solar storms

Sasha Muller As a man who’s reviewed more laptops and monitors than most people have had hot dinners, Sasha is never happier than when he’s unboxing a new gadget or troubleshooting a lump of hardware. He’s also a little bit obsessed with music, and is often found digging through piles of vinyl, searching for the perfect sample. You’ll also find him fiddling with software synthesizers and audio-mangling plugins.On the rare occasion he leaves the house, he eschews feet in favour of wheels, and pleasure in favour of Strava-fuelled battles across London’s traffic-choked streets, into the quiet Kent lanes and as far as his tree-like legs will carry him. TL; DR – he knows a fair bit about tech, beats, bikes and Belgian beer. Read more June 11, 2015

The sun is a life-giving force, an awe-inspiring entity that has been deified and scrutinised for millennia – but it is also capable of wreaking untold havoc.

As it spins endlessly 150 million kilometres away, solar storms originating at the Sun’s surface hurtle through space, interfering with – and even destroying –  electronic systems on and around Earth.

Now, researchers have revealed plans for an early-warning system that will provide us with a 24-hour window before such storms hit.

Twenty-four hours’ notice might not sound like much, but it’s a huge leap forward compared to what we have now. The current systems give no more than an hour’s warning – and it’s often less.

Leading the project is Dr Neel Savani, a space scientist at Nasa’s Goddard Space Flight Center in Greenbelt, Maryland. His team specialises in the study of solar storms and their effect on Earth. In a piece published on The Conversation, Dr Savani describes how his team has refined and expanded upon earlier research on the subject to devise a system that can provide a larger warning window. 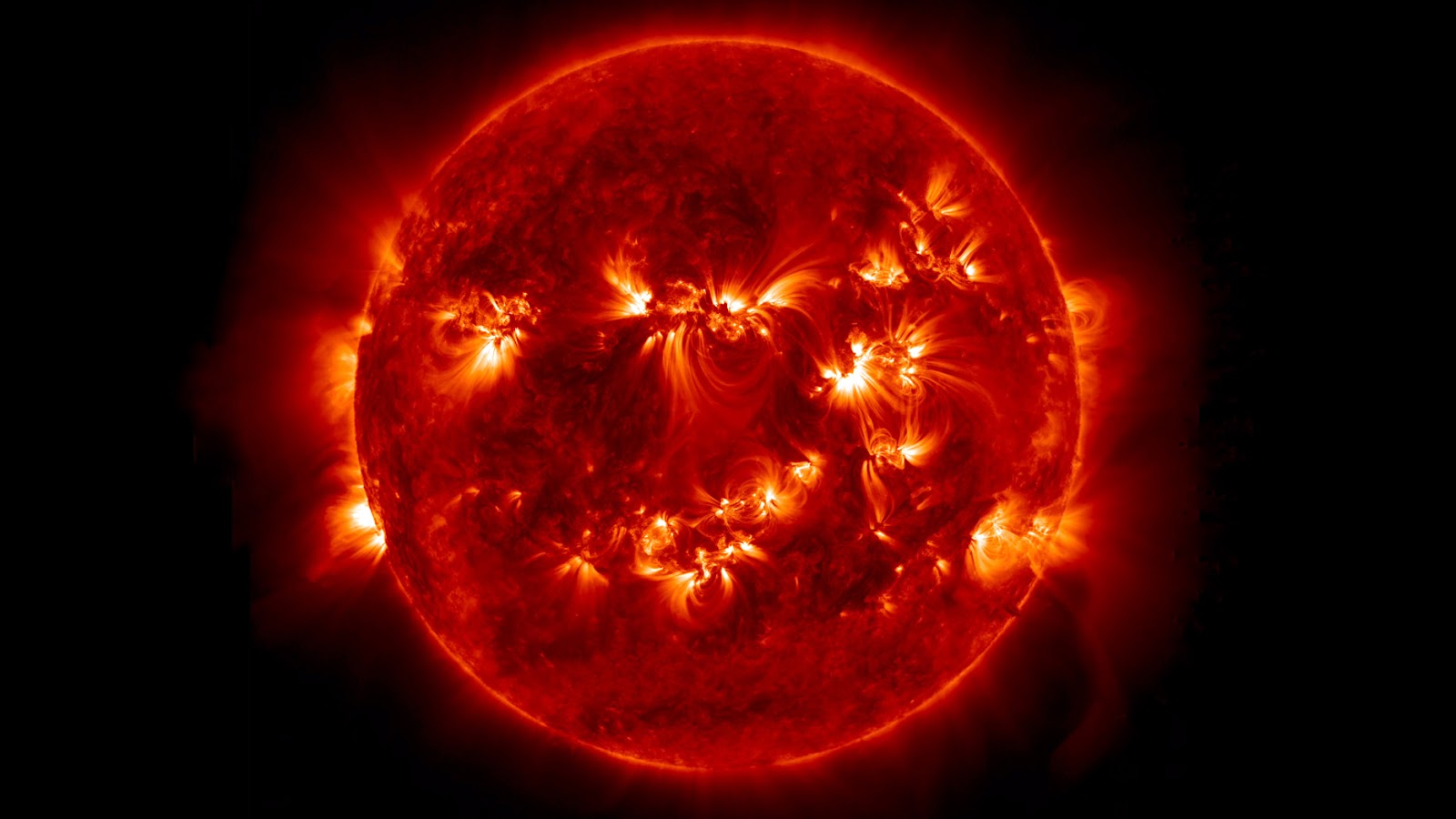 The limitations of our current methods are easy to understand. Although it takes as long as two days for the solar storms to reach our planet, the current systems depend on data harvested from spacecraft or satellites that are situated directly between Earth and the storm.

In short, it’s often necessary to wait until the storm reaches a spacecraft in orbit around the earth before any measurements can be taken. By this point, it’s too late to take evasive action and protect critical systems, since solar storms travel quickly, often peaking around 7 million miles per hour.

The evolution of solar storms

Dr Savani is convinced that the key to predicting a storm’s potential lies in the orientation of its magnetic field. While the magnetic fields of these solar storms begin life in a helical, or corkscrew-like, structure, this arrangement shifts as the storm travels through space. All that’s needed for solar particles to pass through the Earth’s atmosphere is for the storm’s magnetic field to shift into a specific orientation.

The challenge, according to Dr Savani, centres around the difficulty involved in detailing the magnetic structure of the storm as it manifests on the sun’s surface, and monitoring exactly how it evolves in the many hours it takes for the storm to finally arrive at the Earth’s surface. 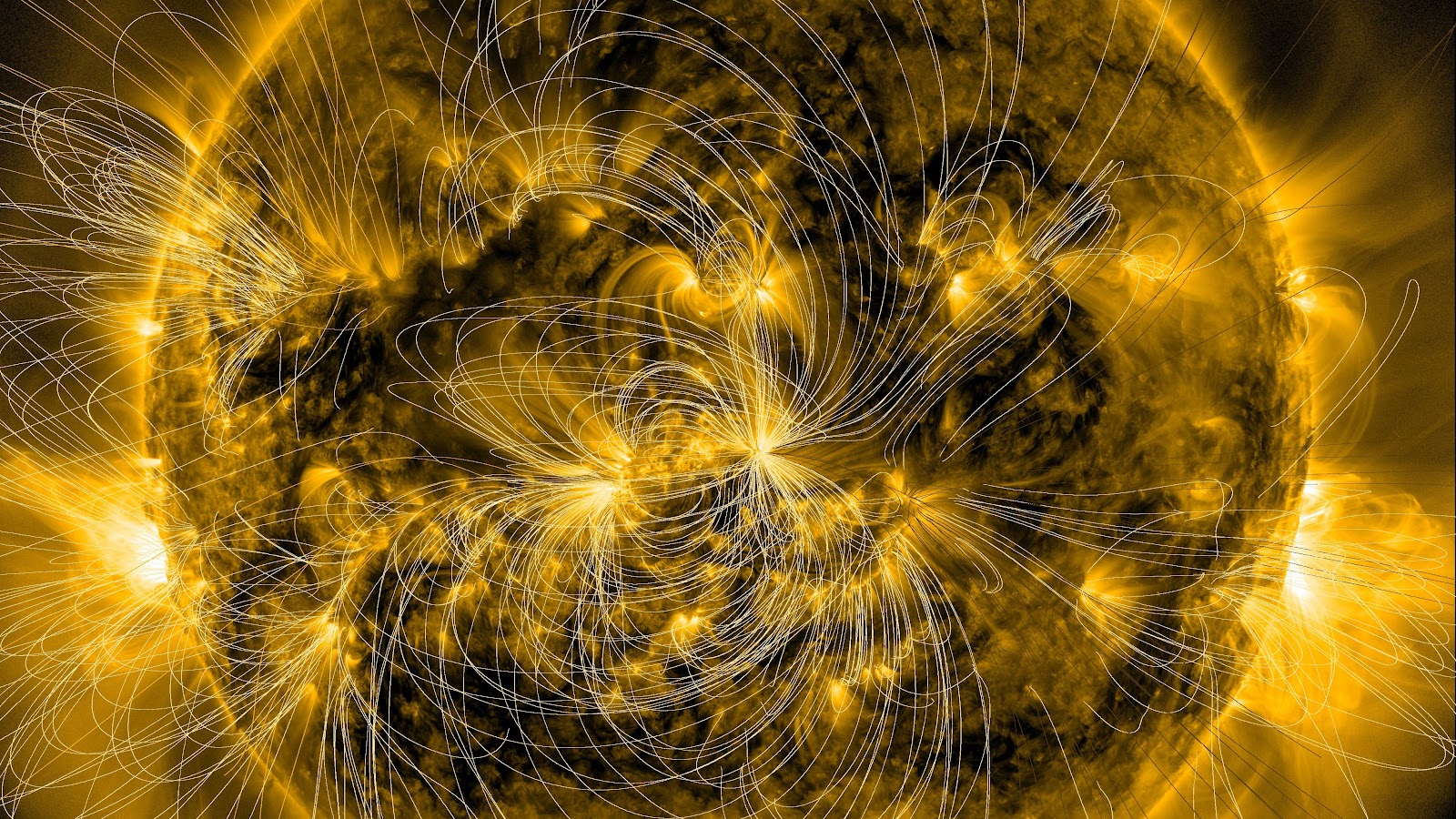 To achieve this, the team has expanded on research by academics at the European Space Research and Technology Centre, which centres around the workings of the solar dynamo process – the process by which the sun’s magnetic field is generated, and which influences every aspect of solar activity, including solar flares and CMEs.

By combining the knowledge from these discoveries with image data drawn from three separate locations using Nasa’s STEREO and SOHO space-based interplanetary observatories, and by applying a series of modeling techniques, the team hopes to accurately estimate the dimensions of incoming solar storms. Dr Savani likens this multi-point imaging technique to “the depth of field we achieve by seeing the world through two eyes”.

It’s fair to say that the results are promising. The team has put its predictions to the ultimate test by analysing a selection of eight solar storms – and with some success. Dr Savani described the forecasts generated by the system as “showing significant agreement with the real data”. If further testing reveals that the new techniques are ready for the primetime, we’ll finally have a warning system capable of helping us mitigate against the most severe solar storms to come.

That is a little way off, however. Antti Pulkkinen, director of Space Weather Research Center at Nasa Goddard and one of the co-authors in Dr Savani’s research, had the final word: “We’ll test the model against a variety of historical events, [and] we’ll also see how well it works on any event we witness over the next year.

“In the end, we’ll be able to provide concrete information about how reliable a prediction tool it is.”

Until then, we’ll just have to hope the largest storms continue to pass by our tiny planet and strike other targets in the solar system – so far, it seems, we’ve just been lucky.

The ABCs of Blockchain and Web3

How to Share the Screen with FaceTime on a Mac, iPhone, or iPad

How To Fix a Coin Not Showing in Trust Wallet