Netflix vs Amazon Prime Video: Which is the Better Streaming Service?

Amazon Prime Video and Netflix are two of the most widely used streaming services available in the US. As more people gravitate to online streaming the market becomes more competitive. This means that many consumers are left to wonder which of the two largest players in the “cut the cord” industry is better.

Of course, both services have different content so having both isn’t a bad idea if you’ve completely cut the cord. But, making a selection between the two can be difficult if you’re only using one.  To make the ordeal of picking up Netflix and/or Amazon Prime Video easier, we’ve created a detailed description of the services so that you can determine which is best for you.

If you’re completely new to streaming, or you’re looking at your options to finally get rid of your cable provider, we’ll first review the difference between Prime and Netflix.

Netflix began as an online video ordering service. Back in the days of BlockBuster’s brick and mortar stores, tech-savvy users were excited to pay a subscription and have the newest releases delivered right to their house. Once they were done watching, they’d simply send it back and order a new video.

Today, Netflix is all digital. Using the app, a web browser, or even a Chromecast, users simply log in and click ‘play’ on anything that Netflix has available at the time. The content has changed as you won’t find all of the newest movies, there are Netflix originals (which are really really good shows produced by Netflix), and existing content is removed every month when new content is added.

Netflix bills users monthly using PayPal or a debit card. You can cancel the service at any time and you can have up to four users watching at one time depending on which package you purchase. 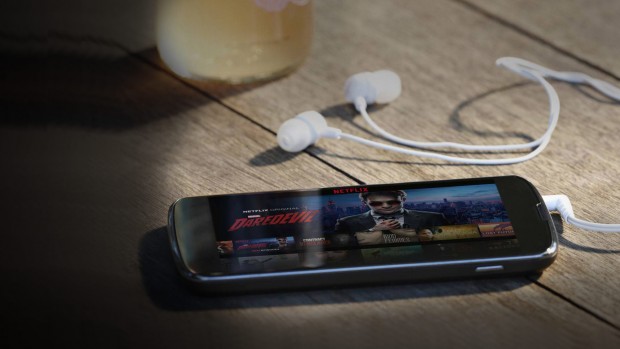 Amazon began as a small online book store in a garage and grew to the “offers absolutely everything” company it is today. The company isn’t just focused on fast shipping, it has a lot of stake in the entertainment world too. With a growing arsenal of award-winning original programming and a ready-made user base of Amazon Prime customers, Amazon Prime Video is bringing the fight to Netflix.

The interface is simple to use and you can buy or rent movies which can be a good or a bad thing depending on your perspective. The service does offer a lot of free content but some movies and shows are an additional cost. Three users can watch content at one time on Prime Video.

Both Netflix and Amazon Prime Video come with a free 30-day trial, so if you want to test before you buy we’d recommend trying these out first. If you’re a student, Amazon also offers a free six-month trial so there’s not really any excuse to not pick up Amazon Prime Video if you’re still studying.

As stated previously, Netflix bills monthly while Prime has several billing options. With Prime Video you can create an account and purchase only the content you want to watch, pay monthly for an Amazon Prime account, or pay yearly. If you choose one of the latter options you get free two-day shipping, Prime’s music service, and a lot more!

Netflix offers three tiers of service. The first is a basic package for $8.99/mo. You get unlimited streaming on content, Standard Definition streaming, and one device can stream content at a time.

The second tier offers a little more at $12.99/mo. This package gives you two streaming devices at one time and High-Definition streaming.

Lastly, the highest tier is $15.99/mo. You get four streams at one time and 4K streaming. It’s a little higher but there’s a lot more value here for the avid binge-watcher.

Amazon Prime will let you pay to watch per movie or series. The costs vary here, but if you don’t want to pay for a subscription this is your option.

If you’d like a little more benefit without the commitment you can purchase Amazon Prime for $12.99/mo and cancel any time. Also, students, parents, and those who are on EBT can get discounts so there are a lot of options for savings.

If you choose the yearly payment options you’ll dish out $119 each year which automatically renews on twelve months from the date you sign up for the service.

Both services now connect to a wide range of devices, so there’s really not much between them in this regard. Netflix is, essentially, available on almost anything that has an internet connection and access to a display of some kind.

Amazon’s Prime Video service is also as ubiquitous. Paired with Amazon’s Firestick it is the perfect duo and thanks to updates users can now stream with the Chromecast as well.

For streaming services, you can enjoy both on just about any device.

It’s all about the shows, and both Netflix and Amazon Prime Video have more than their fair share of aces up their sleeves. In Netflix’s corner is House of Cards, Narcos, Stranger Things, Orange Is the New Black, The Crown, BoJack Horseman, and Daredevil, to name just a few of its Netflix Originals.

Over on Amazon Prime, you have Bosch, The Man in the High Castle, Transparent, Mr. Robot, Hand of God, American Gods, Sneaky Pete, and more. If you have a particular show in mind, that will inevitably push you towards a particular service (which can also be a source of annoyance).

When it comes to films, Netflix boasts an ever-evolving catalog of cult classics, relatively new movies, and some exclusive indie films. Amazon Prime Video also offers up a similar catalog but it’s arguably more focused on TV shows than films and its movie catalog isn’t as extensive. It’s worth noting that Prime Video also requires you to pay to watch some films despite having a Prime membership.

The total amount of TV shows and films available on both services continuously changes as the content is added or removed.

So, for most people, the account security isn’t a deal-breaker but it is definitely worth noting that Netflix doesn’t offer two-factor authentication where Prime Video does. Both services allow users to log out of unauthorized devices remotely so you can have complete control over the moochers in your life.

So, Which One is Better?

Both services have a lot to offer but there’s a reason that Netflix is so popular. With Netflix Originals like Orange Is the New Black, YOU, and Stranger Things, it’s really difficult not to keep your subscription active.

Another benefit of Netflix is that there aren’t any additional costs involved. If you choose the lowest tier plan, you’ll never pay more than $8.99/mo.

Amazon Prime, on the other hand, offers so many books, movies, music, and discounts it’s certainly a worthy service for $12.99/mo.

Overall, the general consensus is that Netflix is the better option if we’re focusing solely on streaming content. Not only do you have newer and older movies, but you also get Premium channel specials such as Shameless and Game of Thrones.

How to Cancel a Hulu Subscription Easily

What is Amazon Kindle Unlimited? Is Amazon’s Netflix for books worth it?