This Kickstarter project can modify how we hear our surroundings, and can be used everywhere – from the commute to live concerts.

Although it looks like a normal pair of earbuds, Doppler Labs’ Here Active Listening system isn’t designed to play music. Comprised of two wireless in-ear buds and a smartphone app, the system let users change how they hear the outside world. In addition to changing the volume, Here can also filter out unwanted noises such as jet engines, traffic noises and even screaming babies. It’s also able to improve sounds you do want to hear, such as live music.

How does it work?

Here uses technology usually found in noise-cancelling headphones to manipulate the sound of your surroundings. After sound is captured through a microphone on the Here’s earbuds, it’s processed by algorithms that hunt for specific frequencies. 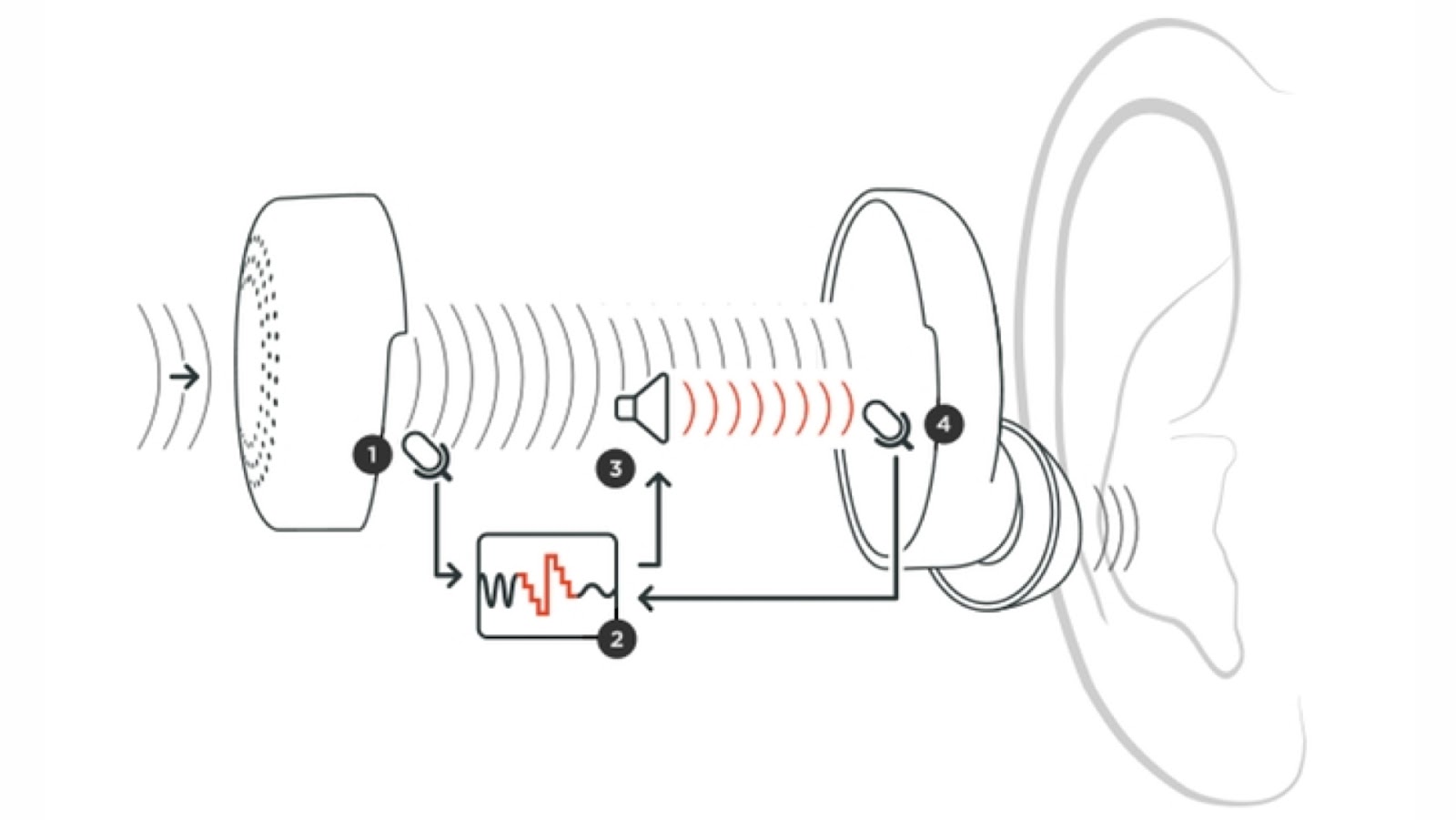 Designed to target and remove frequencies associated with anything from jet engines, office noises and traffic, the Here’s algorithms leave the rest of the soundscape intact – so you only hear what you want to. The Here’s processing technology also means it can emphasise other areas of the sound spectrum, so you can bass boost live music in real-time – or even add effects such as flangers and reverb.

The modified sound is then played back through the wireless earbuds less than 30 microseconds later, so there’s no noticeable delay.

Although it’s been on Kickstarter for only one week, the Here Active Listening system has already surpassed its $250,000 goal, with $316,000 raised at the time of writing. For those who want one, Doppler Labs expects to deliver units from December of this year.

How to Get Ring Doorbell Notifications on the Apple Watch

How to Set Up Apple Pay on Apple Devices

How to Add a Password to an iPhone or Android App