As more of humanity moves onto the internet, the amount of data we send online has swollen. It’s now reached a level that’s caused scientists to seriously worry about the future of fibre-optic capacity.

The solution so far has been to amplify the power passed through the cables, but doing so causes the fibres to become saturated with light, massively distorting the signal. With the continued growth of data-heavy online services such as Netflix and YouTube, some experts have warned we can expect to reach maximum capacity within five years.

But engineers at the University of California, San Diego, have come up with a potential solution, managing to smash the power and distance barriers by communicating a signal almost 20 times stronger than current standards over a record-breaking 12,000km.

“Today’s fibre-optic systems are a little like quicksand,” said lead researcher Nikola Alic in a press statement. “With quicksand, the more you struggle, the faster you sink. With fibre-optics, after a certain point, the more power you add to the signal, the more distortion you get, in effect preventing a longer reach. Our approach removes this power limit, which in turn extends how far signals can travel in optical fibre without needing a repeater.”

The “repeater” is the device currently used in fibre-optic systems to battle the degradation of signal, but in doing so it also limits the amount of information being transferred. Repeaters convert optical signal into electrical signal, then process that electrical signal and retransmit it as optical signal. This obviously slows things down, but it’s necessary to limit distortion – known as “crosstalk”. 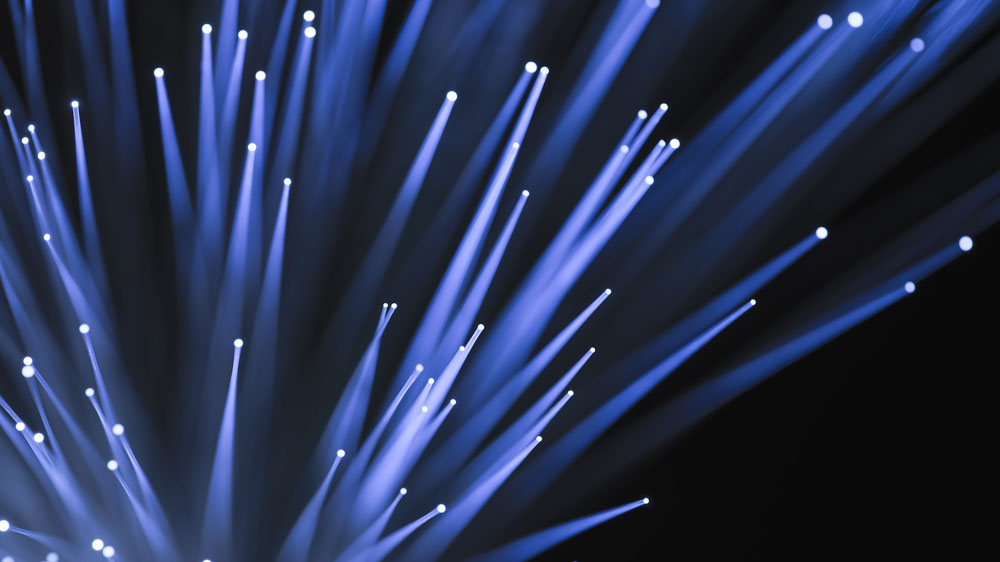 The breakthrough from the researchers at UC San Diego is the ability to decipher information over 12,000km without the need for repeaters. They managed to do this by developing “frequency combs” that make crosstalk predictable and therefore manageable.

“Crosstalk between communication channels within a fibre-optic cable obeys fixed physical laws,” said researcher Stojan Radic. This greater understanding of signal distortion has allowed the team of engineers to predict crosstalk and use frequency combs to compensate for it in advance. This removes the need for repeaters and therefore removes the previous power barrier for optical fibres. Hence the super-strong signal.

The research, published in Science, describes how the team used frequency combs to pre-empt distortion and synchronise the variations between streams of optical information in an optical fibre. The method is compared to how a conductor tunes different instruments to the same pitch before the concert begins. With the crosstalk accounted for, the engineers were able to send a powerful signal over 12,000km without the need of repeaters.

If this method is rolled out, it could solve the problem of optical capacity. Not only would this lead to a faster internet, it would mean that powerful signals could be sent across vast, previously inaccessible, distances in remote corners of the globe. If fibre-optics is the backbone of the internet, then the skeleton of our online body has taken a big step in its evolution.

How to Set Up Channel Points on Twitch

How to Watch Hulu When TV Has No Hulu App

How To Update Apps on Devant Smart TV