Immersive journalism: The future of reporting or an ethical minefield?

You open your eyes and you’re in a war zone. There are people shouting and guns firing. There is a dead body on the ground. You hold your hands to your head. You grasp against your temples, pull up your headset and the world disappears. No-one is shouting. The body is gone.

Journalism has changed immeasurably in the wake of the internet. The differences between 20th- and 21st-century reporting could easily fill the whole of this article, but a quick list would include blogging, below-the-line comments, live streaming, social integration, picture-in-picture viewing, Twitter…

So much has changed in how we access journalistic images, and yet the nature of the images themselves has remained relatively stable: shot on a camera, seen on a screen. That now has the potential to change with virtual reality and the concept of immersive journalism. The basic idea is that, rather than watching a report about a protest on the other side of the world, you could be transported there in your living room with a VR headset.

If it becomes popular, it may end up being the biggest transformation to face journalism since the birth of film. But the possibilities of immersive journalism come with a number of ethical considerations. When you have a technology that’s tied up with the thrill of immersion, is it exploitative to apply it to a situation such as a disaster area or a war zone? Does it give users a sense of empathy for a situation, or does it diminish and fetishize that situation for entertainment? 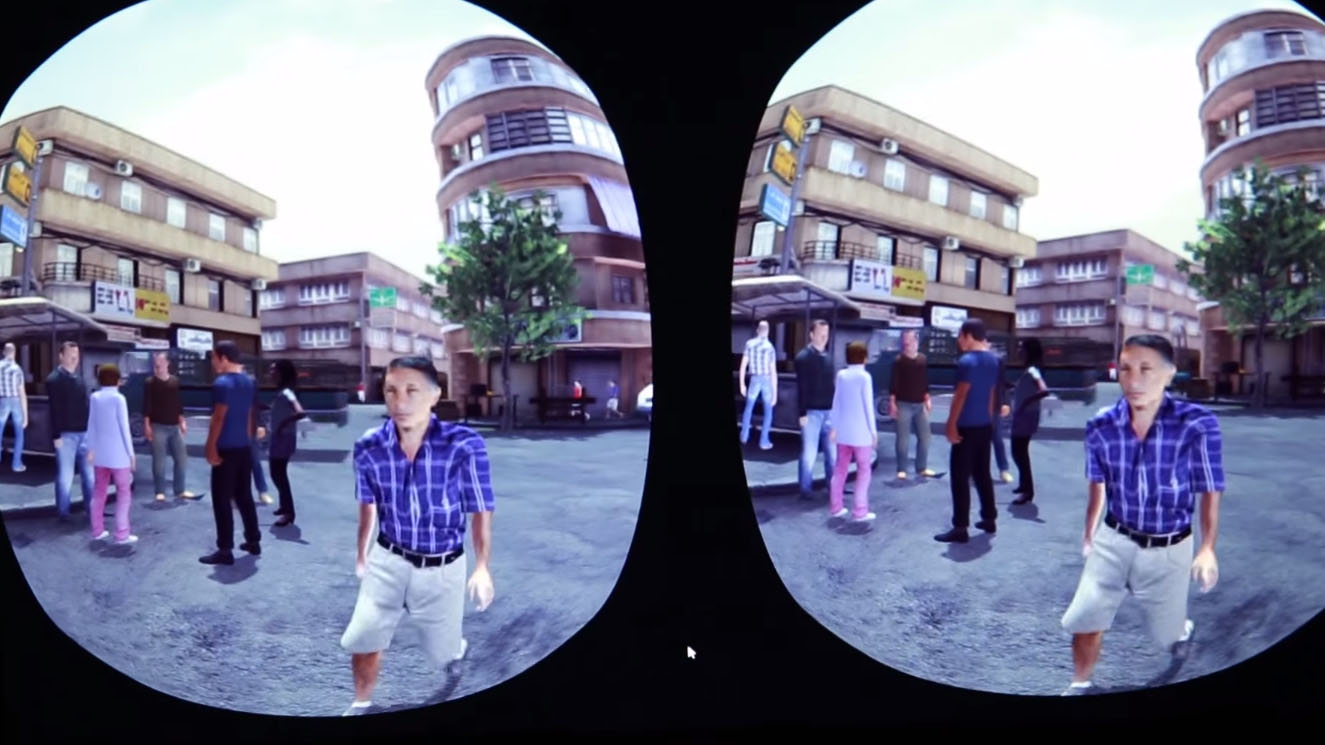 Last Friday I went along to an all-day event on the use of VR in documentary. Part of the Open City Documentary Festival 2015, the talks covered the current uses and future potential of the technology. Mandy Rose, co-creator of interactive-documentary organisation i-Docs, chaired a discussion on the challenges facing filmmakers and journalists using VR.

That word mentioned by Rose, “presence”, loomed large over much of the discussion. From a journalistic perspective, a sense of presence in an environment is one of the main appeals of virtual reality over traditional broadcasting, but it’s also the source of questions relating to how the experience is mediated. 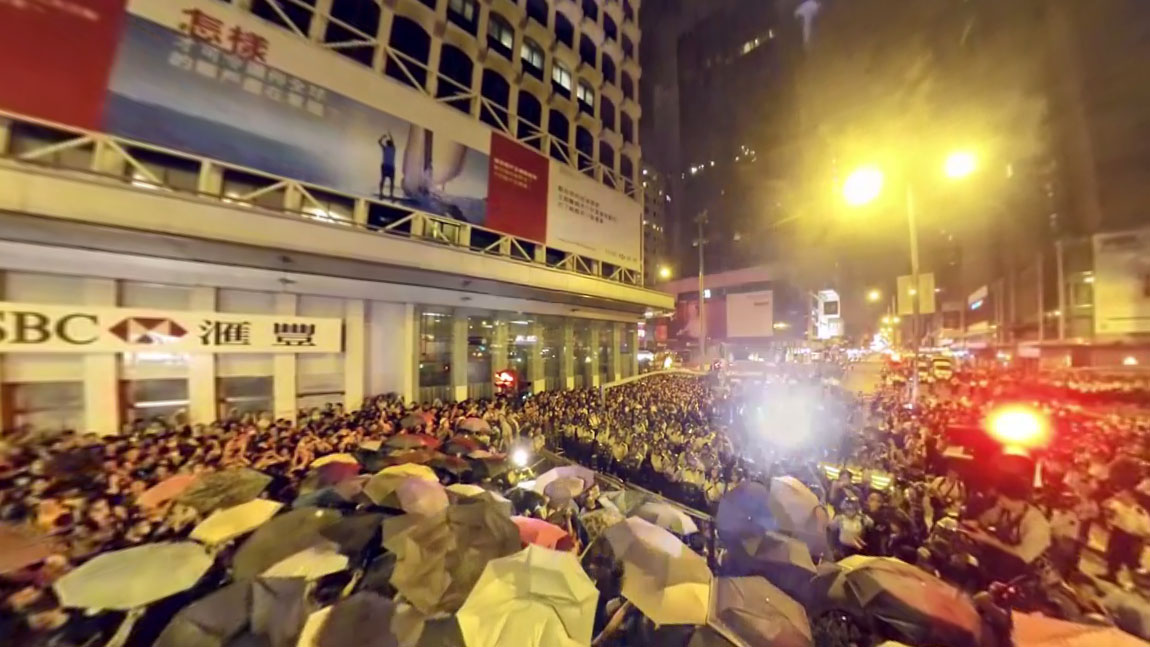 (Above: Hong Kong Unrest by Immersiv.ly)

This presence is currently realised in one of two ways: 360-degree video or fully CGI VR environments. The former, quicker to set up and currently best suited to VR reporting, involves mapping the footage of a number of cameras, normally GoPro cameras, into a spherical plane. An example of this is the material captured of the Hong Kong pro-democracy protests by Immersive.ly. Using this method, the user is able to move their head to decide where to look, but is unable to move freely through the scene.

CGI VR instead involves creating a totally artificial environment. If 360-degree video has more of a connection to traditional broadcast media, computerised VR perhaps has more in common with games. Nonny de la Peña is a pioneer in the use of computer-generated environments, examining topics such as Los Angeles food banks and the conflict in Syria by combining computerised environments with real-life audio. In Peña’s Project Syria, for example, the viewer explores a virtual recreation of the Aleppo district in Syria, where children are singing before a rocket suddenly hits and the area descends into chaos.

Peña’s work is held up as an example of how VR can communicate a sense of presence in a way that traditional filming cannot. Having a bodily involvement in the action of a scene is both immersive and unsettling. Even though the animations are crude compared to current-gen games, viewers frequently describe having a physical reaction to what they’re seeing. It’s a powerful technique, but does a wider news audience necessarily want to feel that level of involvement? Do I really want to put on a headset at home and be in a war zone?

During the talk, Zillah Watson, editor for future content projects at the BBC, noted that “when people start doing a list of things that would be great to do a VR film for, you look at them and think they’re all pretty miserable”. She continued: “actually being in those situations destroys reporters’ minds, and putting your audience in their shoes to witness some of the things they’re seeing could be very damaging… In a war zone, potentially showing a dead body; you don’t do that in broadcast except in exceptional circumstances. That may be completely unavoidable with a 360-degree spherical view of the world.” 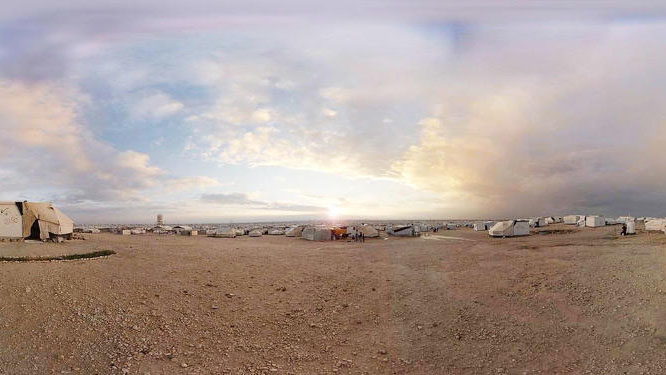 (Above: Clouds Over Sidra by Gabo Arora and Chris Milk. The film follows a 12-year-old girl in the Za’atari refugee camp in Jordan)

As Watson suggests, with 360-degree VR film the standard understanding of how to frame a shot is thrown out of the window. When the user can decide where to look, how do you direct footage? If there’s a body on the ground, can you edit it out in the same way you can frame it out of shot on film, or does that decision bring with it a greater degree of censorship? James Mossahebi, VR producer for ad company Happy Finish, commented that instead of negatively impacting documentary-making, this new perspective could actually have a positive effect on the democratisation of reporting.

“I’d draw parallels with Twitter, and how that brought journalism on the ground and gave a perspective to people who wouldn’t have otherwise had their voices heard,” he argued. “So there’s this hypothetical case for 360 VR video from disaster zones maybe allowing people to give a more honest perception of what’s happening on the ground. Yes, there are ethical concerns, but in the same way that some tweets coming from disaster and war zones give us an insight that broadcasters and newspapers may otherwise censor.”

The comparison to Twitter is an interesting one, and yet scrolling through tweets and totally immersing yourself in a given perspective are very different experiences. Furthermore, the “ethical concerns” hinted at by Mossahebi include not only the wellbeing of VR viewers, but whether or not the subjects in VR films are being exploited, their situations used for immersive entertainment. 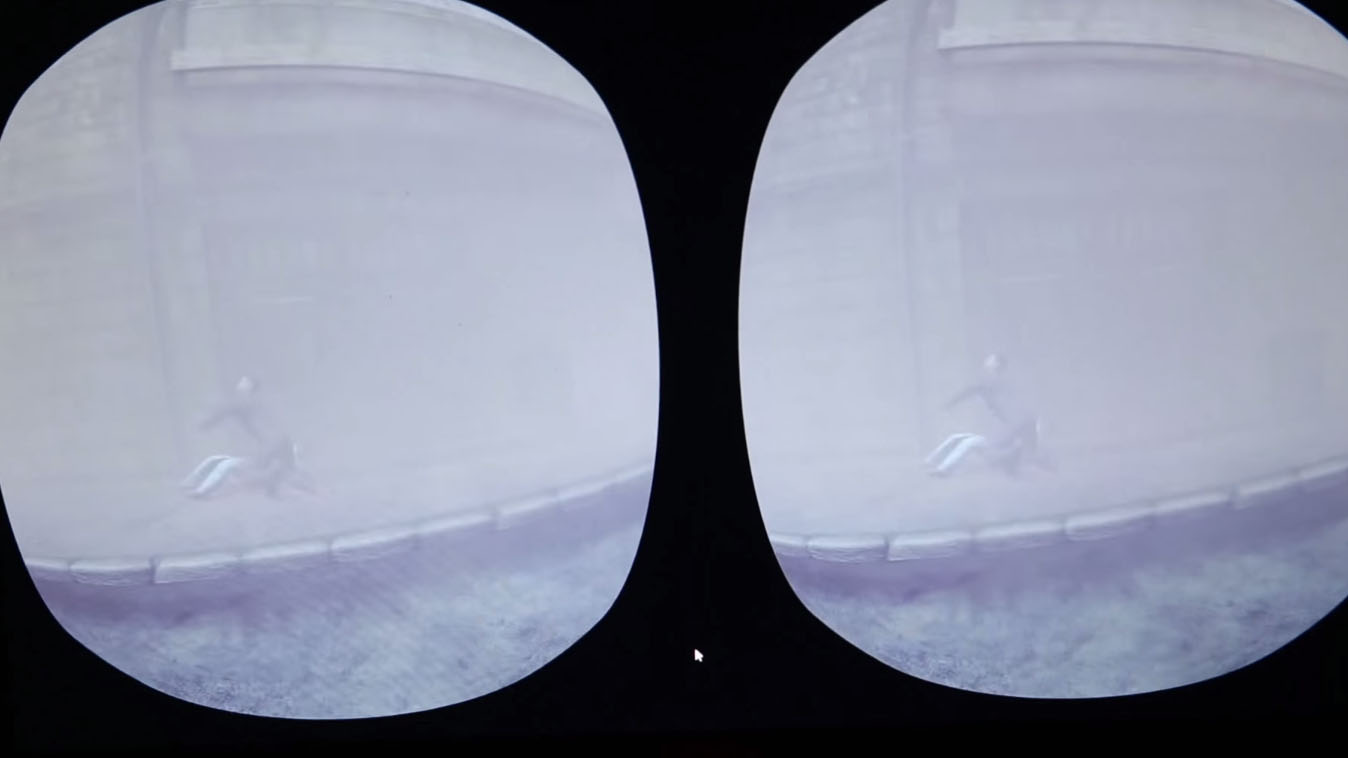 This particular concern has been around as long as TV news, and standard broadcast reporting is regularly accused of sensationalism and exploitation. But the issue takes on a new flavour when a technology removes the barriers between your surroundings and the surroundings of someone suffering in a disaster area. There’s something about inhabiting and exploring the space of a war zone from the safety of your living room that feels like disaster tourism.

The defence against this is that observing the world through VR creates a sense of empathy for the situation of the subject; I put on my headset, am transported to a disaster area, and because of this I develop a sense of empathy for the horrors of the situation. But this in itself is riddled with questions. Can I develop empathy by virtually experiencing something without an awareness of the subject’s lived experience? Does claiming empathy by using a VR headset for a few minutes diminish the actual horrors of living in a warzone?

“Empathy necessitates some kind of behavioural shift for it to count,” stated Christian Cherene, interdisciplinary researcher and co-founder of art collective BeAnotherLab. Cherene was on the panel at the talk and I spoke to him after the event was finished. His work is largely centred on the use of VR to investigate the relationship between identity and empathy, and while talking to him it quickly became apparent that he thinks at great length about the ethical responsibilities of artists, journalists and filmmakers working in VR. He told me about a recent project that BeAnotherLab worked on in collaboration with the writer Nicole Goodwin, a veteran from the Iraq war.

“For her to be able to share her experience and then have someone else recognise it… it’s not just about providing an empathic experience or an opportunity for empathy for the user, but for the person who is actually sharing their story. It gives some kind of validation or sense of shared understanding that they can experience too,” he told me. “It’s not a case of exploiting their story to make someone feel something, but providing an opportunity to connect to human beings on a human level.” 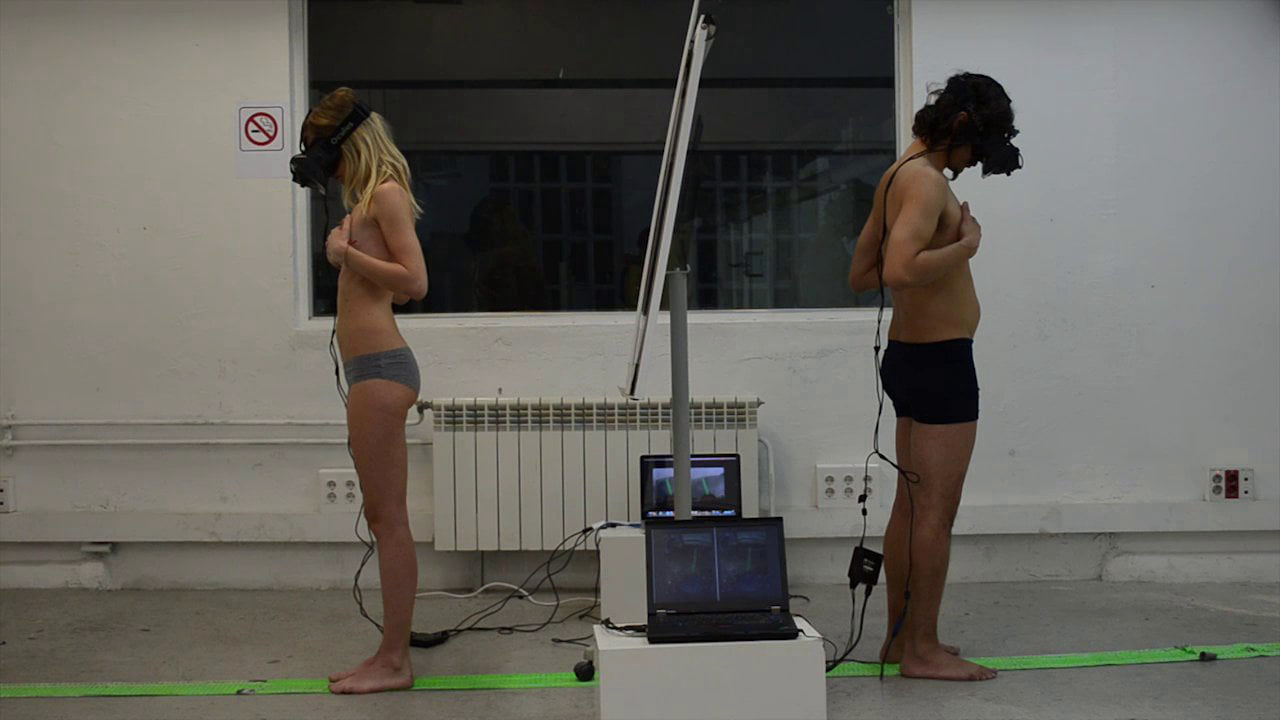 (Above: The Machine to Be Another by BeAnotherLab. Part of the project used VR to put you in the perspective of the opposite gender)

Ultimately, immersive journalism is a fascinating development and the people working in the field are keenly aware of these questions. But with the dazzle of new VR technology, it’s important to remember the underlying issues surrounding the ethics of presence and empathy. The work of people such as Nonny de la Peña and Christian Cherene is both intelligent and challenging, and as VR becomes an increasingly common journalistic tool, it’s crucial to maintain their focus on communicating human perspectives.

How to Change or Set Your Profile Picture in Zoom

How To Scan Old Photos and Go Digital

How To Scan a QR Code From a PC