Concept cars aren’t only amazing-looking vehicles to fantacise about, but also hugely important exercises for the car industry. The most creative and revolutionary concept cars provide a glimpse at the future, a new blank slate for designers, and a showcase for engineers to openly explore emergent technology’s huge potential.

Both motor shows and technology shows are becoming inundated with hyper-modern concepts that forgo typical internal combustion engines for a range of technologies – battery power, hydrogen power or combinations of the two. The most amazing concept cars will answer contemporary problems with ingenious new ideas and make life easier for drivers with their modern designs.

At CES 2015, we saw an amazing variety of gadgets and new tech from all the big games you’d expect – but a car stole the show. The Faraday Future FFZERO1 is without doubt one of the coolest concept cars we’ve ever seen – but under the surface it hides some very legitimate ideas. The FFZERO1 is powered by electricity, but uses a scalable platform which means its chassis can be adapted to any type of car; from hatchbacks to SUVs. However, we particularly love the interior’s unique steering wheel, which uses an embedded smartphone as a sat-nav and infotainment system.

See related
The best electric cars 2018 UK: The best EVs for sale in the UK
Tesla Model 3 finally makes it to UK showrooms

A few years ago we drove the Toyota Mirai, the UK’s first bespoke hydrogen car – and we loved it. However, the Mirai was designed to occupy the same sort of market as the Prius, meaning that it wasn’t the most luxurious car inside or outside. Now Lexus has unveiled the LF-FC concept, and it’s the nicest, most luxurious hydrogen car we’ve ever seen. Although it’s just a concept, it shows that hydrogen cars could easily compete with high-end saloons such as the Mercedes S-Class and BMW 7-Series.

Think of the F 015 concept as Car 2.0 – a pod that goes beyond simply transporting occupants from A to B and instead entertains, informs and relaxes all those who travel within. 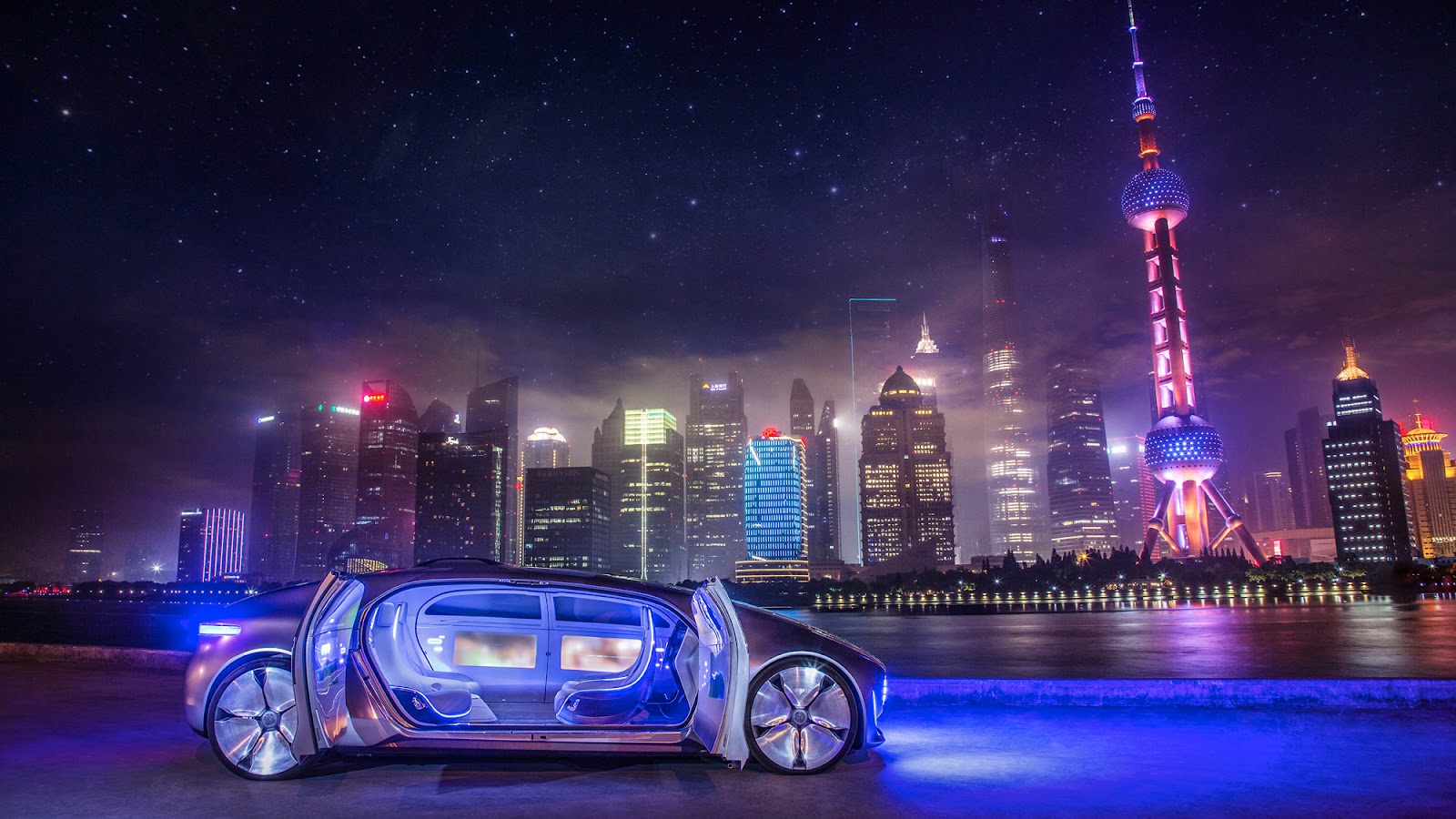 It was first unveiled at the Consumer Electronics Show in Las Vegas, where its 5.2m futuristic frame stunned onlookers and its plethora of on-board gadgetry baffled those lucky enough to sit inside.

The cabin packs everything from touchscreen surfaces that are constantly connected to the web, to smart-glass windows that can call up information about local landmarks as the car passes them. 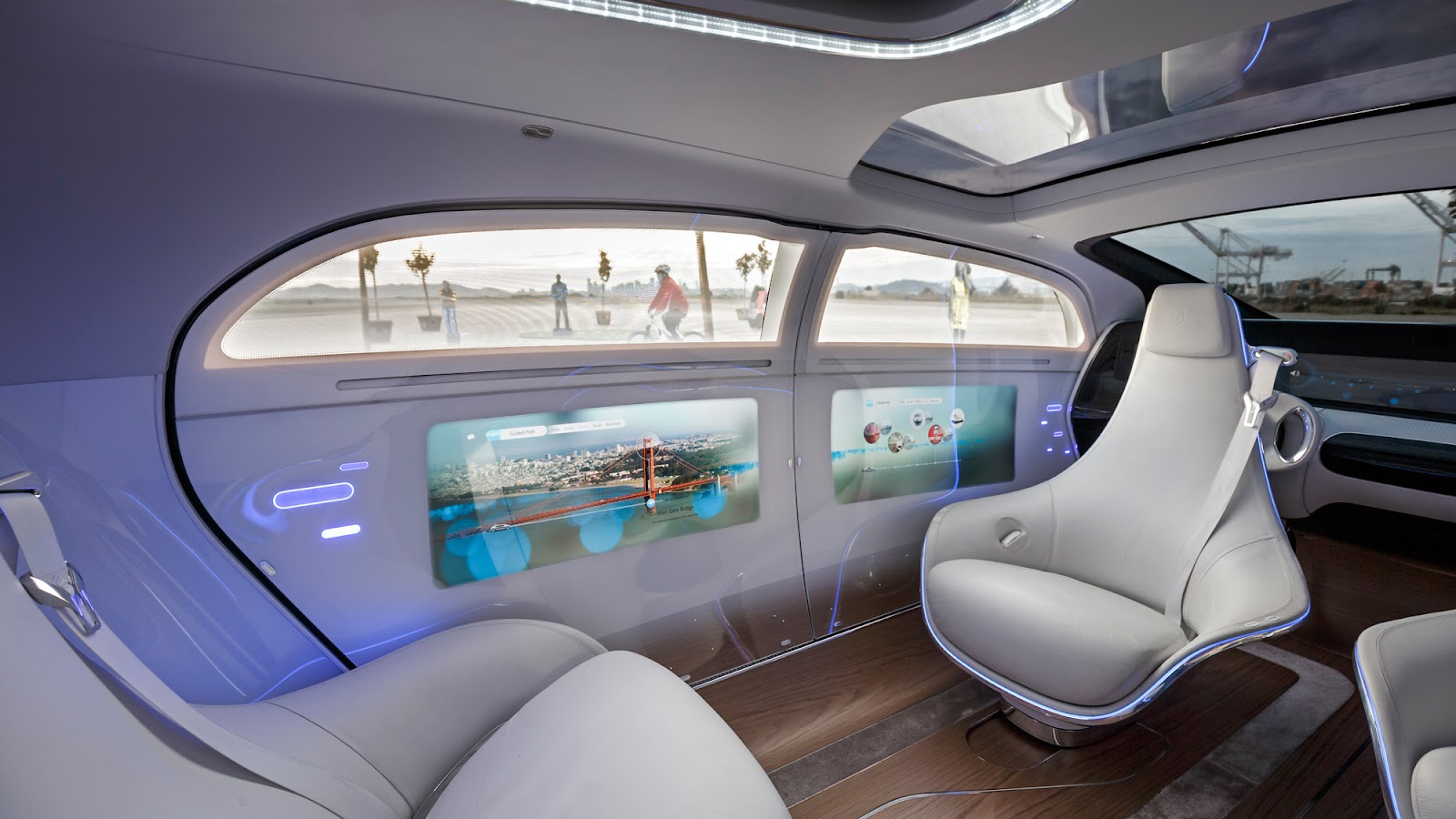 Mercedes engineers claim that the oddly named F 015 is powered by hydrogen, and creates its own electricity supply to top-up the built-in battery packs. It has a range of 684 miles and it will happily navigate itself around town thanks to radar, camera, GPS and sensor technology.

It may look like a prop from an upcoming Blade Runner remake, but it’s real – a handful of journalists were recently invited to test it out. Mercedes claims we could see an autonomous vehicle like this one roll off a production line by 2020.

Bentley offers its current Continental GT model with a whopping 6-litre W12 engine. This 2.3-tonne lump returns just 21mpg, a touch embarrassing in today’s climate of fuel-efficient vehicles, so it comes as no surprise that the marque is experimenting with hybrid propulsion. 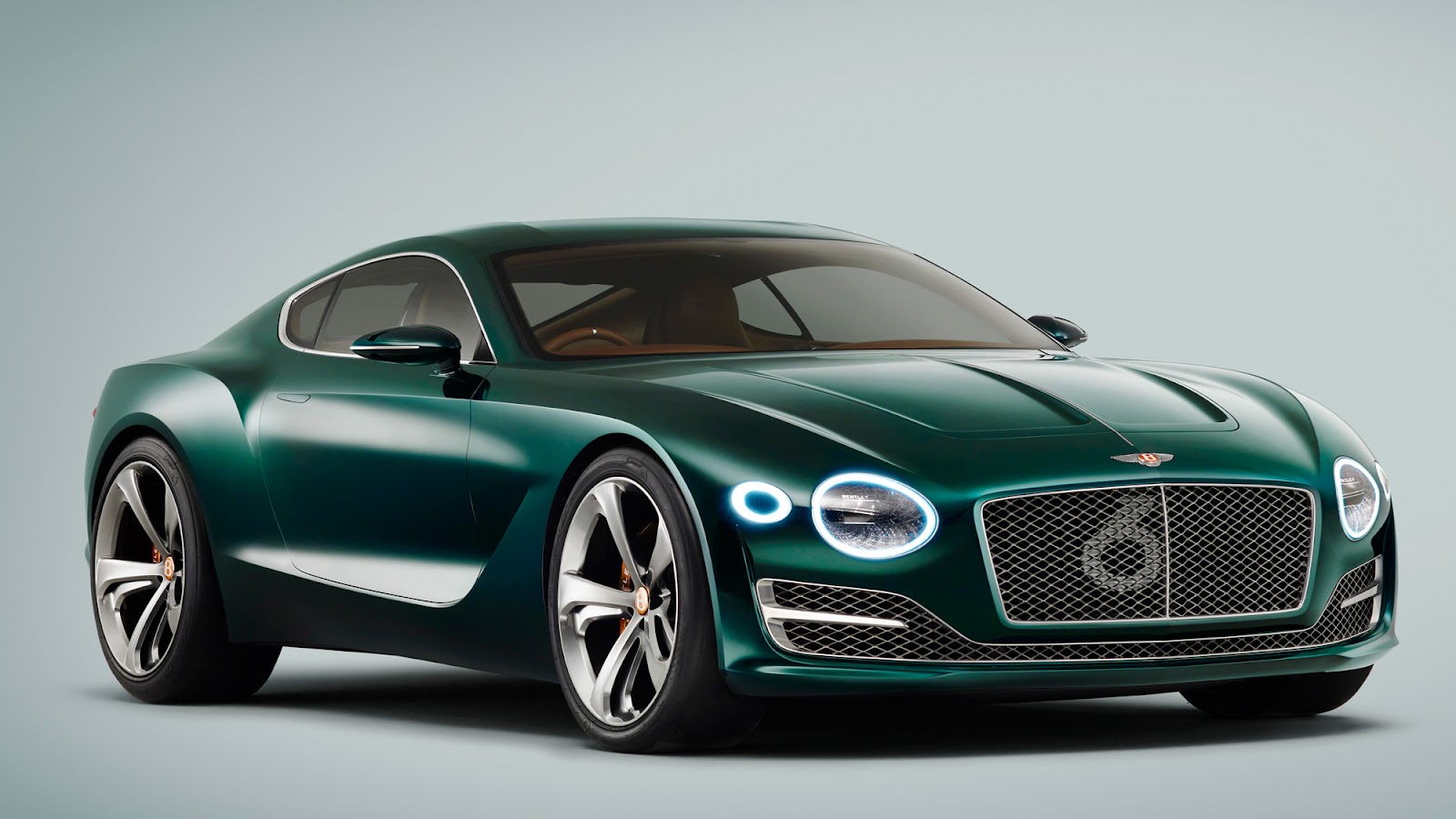 The stunning EXP 10 Speed 6 concept wowed crowds at this year’s Geneva International Motor Show, not just because it looks suitably futuristic but also because Bentley hinted that it will feature hybrid technology under the bonnet.

Little has been said about the exact specifications, but industry experts believe it could be powered by a 4-litre twin-turbocharged V8 assisted by a number of battery-powered electric motors. 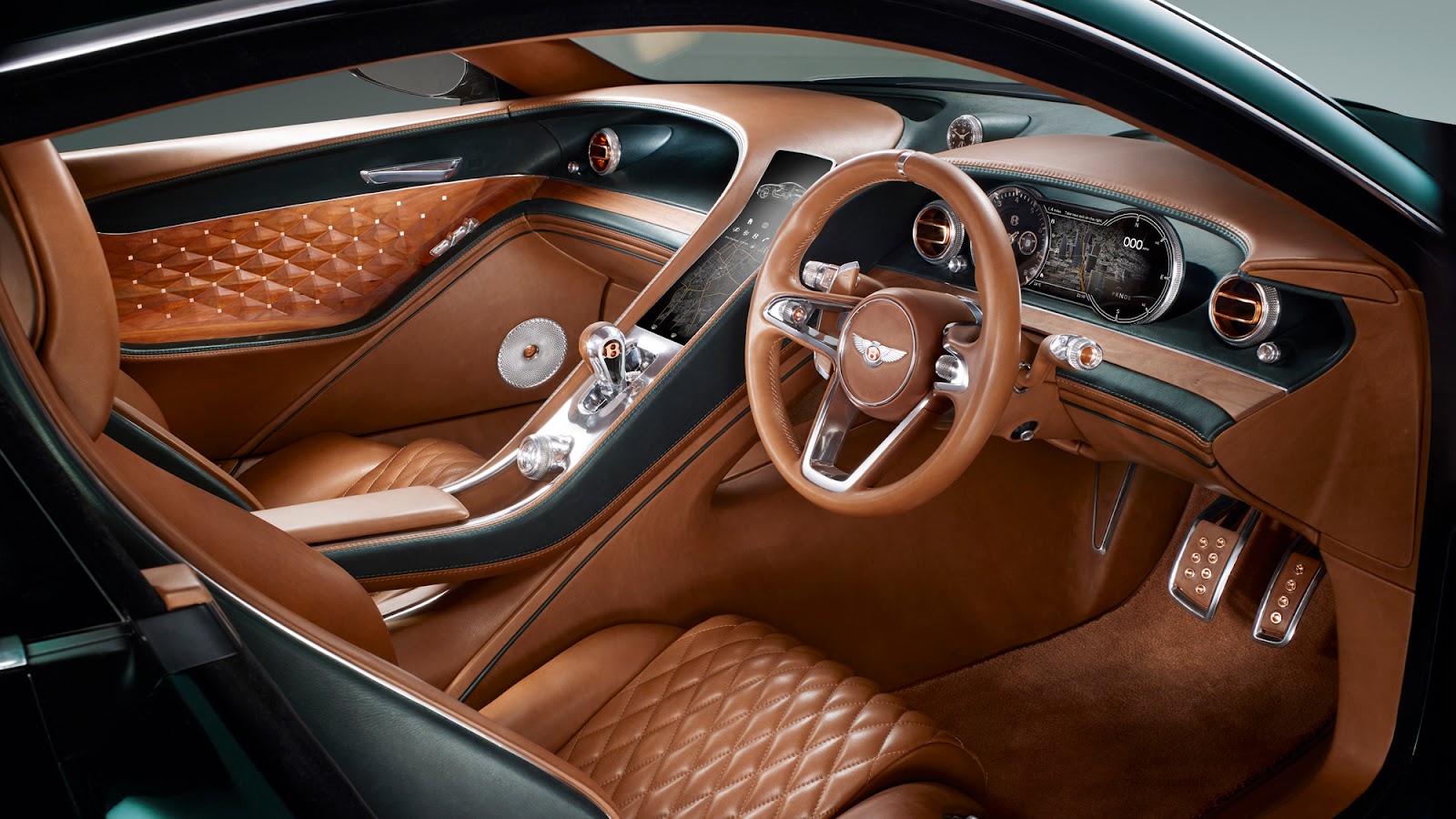 Porsche, Ferrari and McLaren have already proved the performance benefits of a battery boost with the 918, LaFerrari and P1 hypercars, and Bentley clearly hopes it can capture the attention of a younger, more ecologically aware audience with a similar setup.

Hydrogen fuel is an energy source that’s slowly gaining traction in the automotive world, and manufacturers such as Honda and Toyota are using it to blaze a trail towards a zero-emissions future. 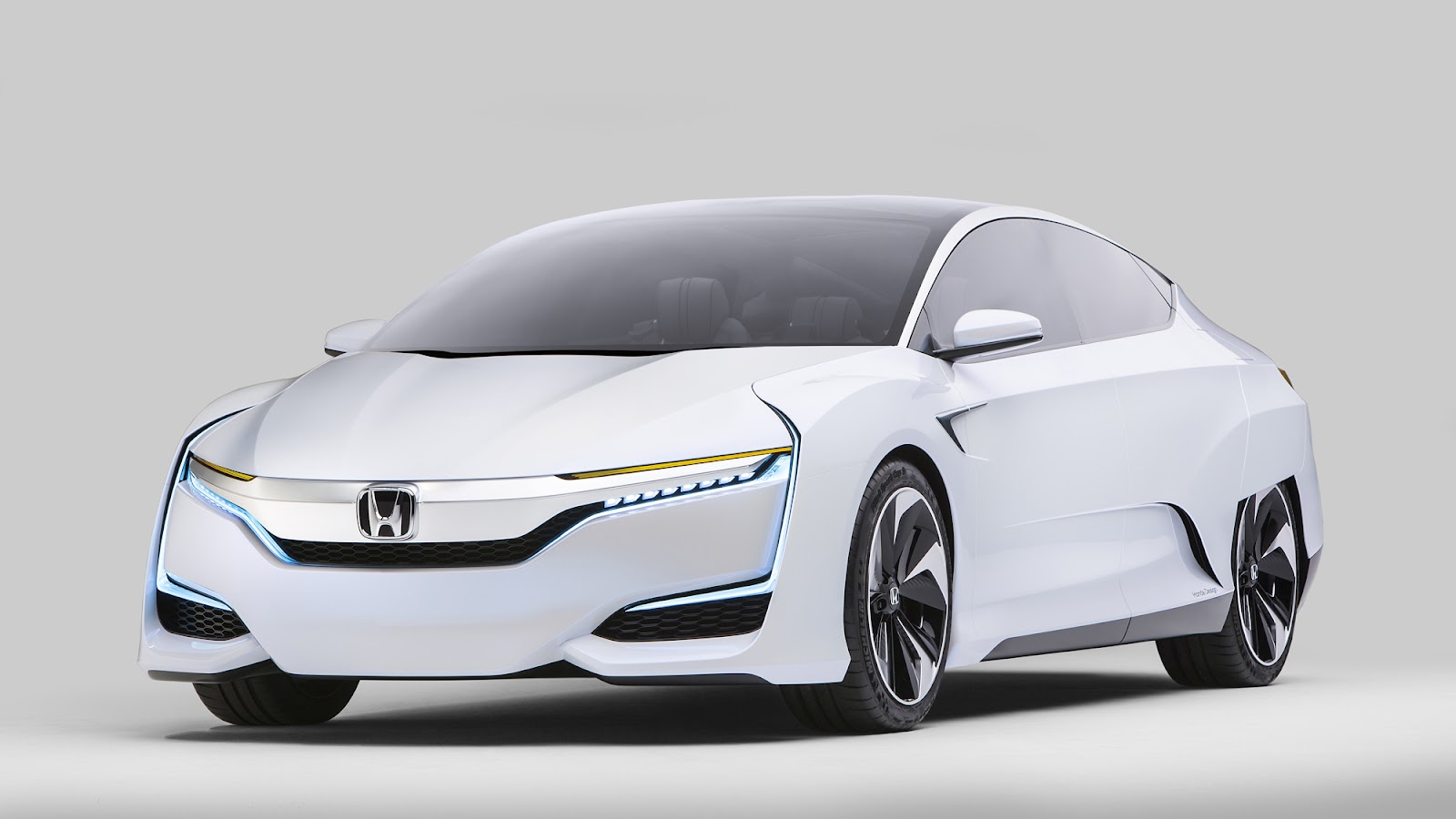 The process sounds simple enough. Hydrogen is stored in a special high-pressure tank that’s then combined with oxygen in a fuel cell. It’s this chemical reaction that generates the electricity required to power an electric motor.

There are many benefits to the technology, the first of which is that the natural by-product of the energy-creation process is water. Refuelling isn’t tricky, either, since owners can recharge their hydrogen tanks in around three minutes from a pump not too dissimilar to the type we’re used to seeing at a petrol station forecourt. 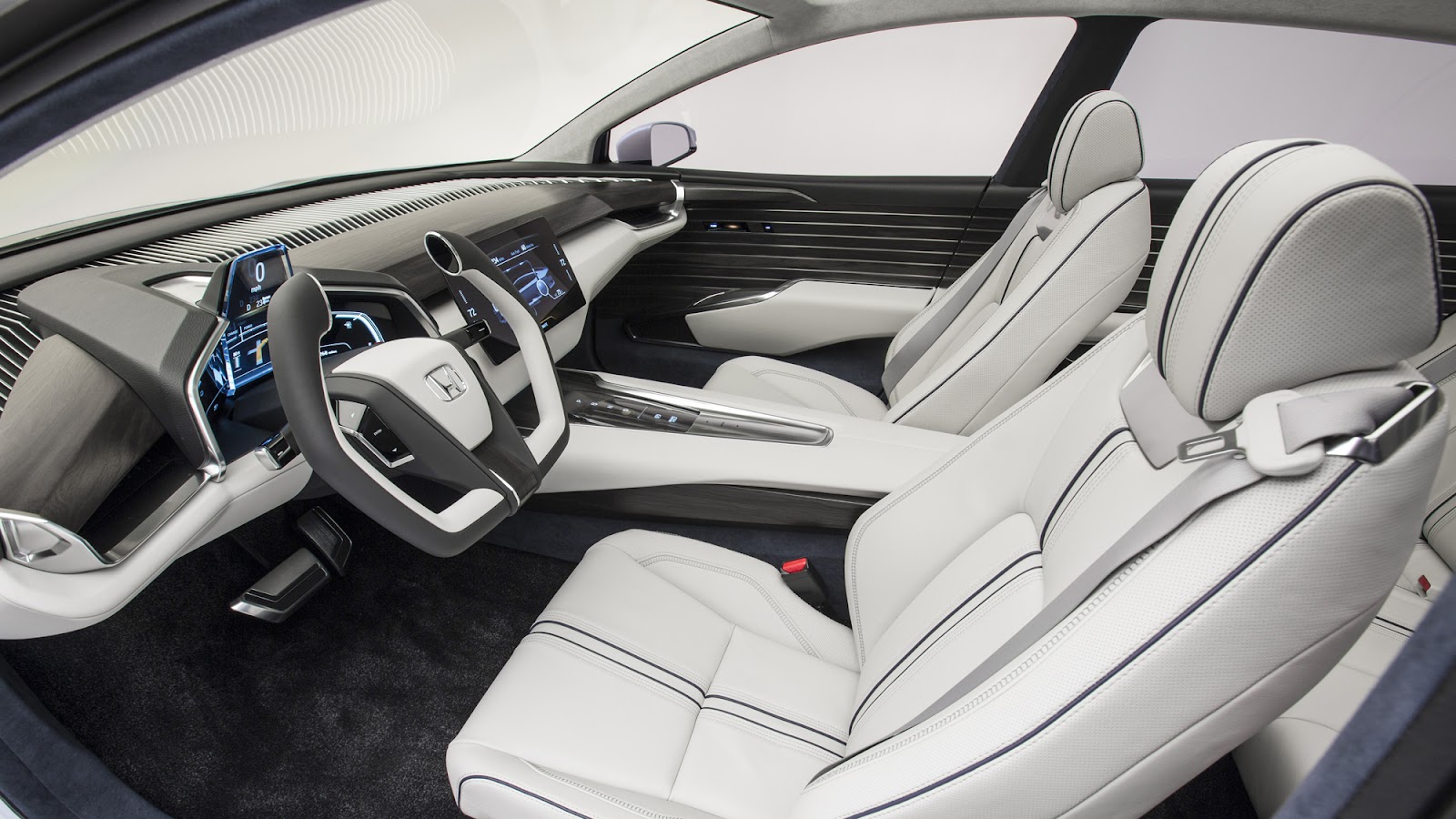 Honda’s FCV concept can travel for 300 miles on a single tank of hydrogen, and the electric motors develop the equivalent of 134bhp, which is more than enough to hold its own against most conventional family saloons.

Better still, Honda claims FCV owners will be able use a Power Exporter, which uses the car’s hydrogen tanks to generate enough electricity to power an average-sized family home. This could be used at peak times, thus removing a home from the grid during the most expensive hours and saving owners money.

All that’s left now is for governments to start investing in a hydrogen infrastructure to ensure these cars remain brimmed with fuel.

Hot hatchbacks are back in vogue, thanks in part to more powerful yet fuel-efficient engines, relatively low running costs and performance that now rivals some supercars. 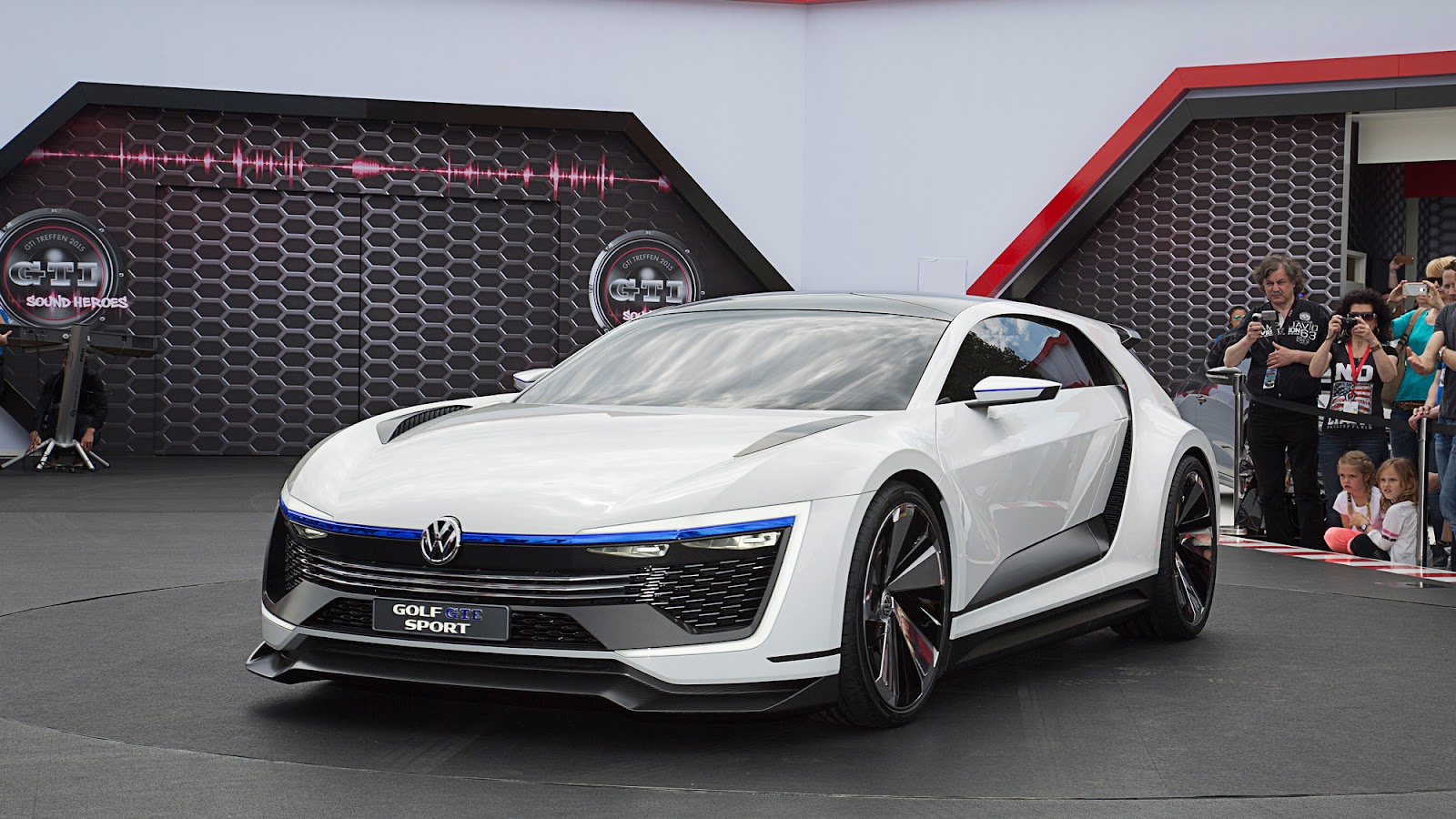 Volkswagen currently sits at the top of the hot-hatch league table with its 300bhp Golf R model, but it recently took the wraps off a more exciting prospect: the plug-in hybrid GTE Sport concept.

A 1.6-litre, four-cylinder engine borrowed from the marque’s Polo rally car is under the bonnet, and an electric motor bolted to each axle boosts performance to tyre-shredding levels.

The result is 395bhp and a face-melting 495lbs of torque – however, this isn’t just a dumb racer. VW claims the cutting-edge drivetrain results in a combined fuel-economy figure of 141mpg, plus the car can be driven for up to 31 miles on zero-emissions battery power. 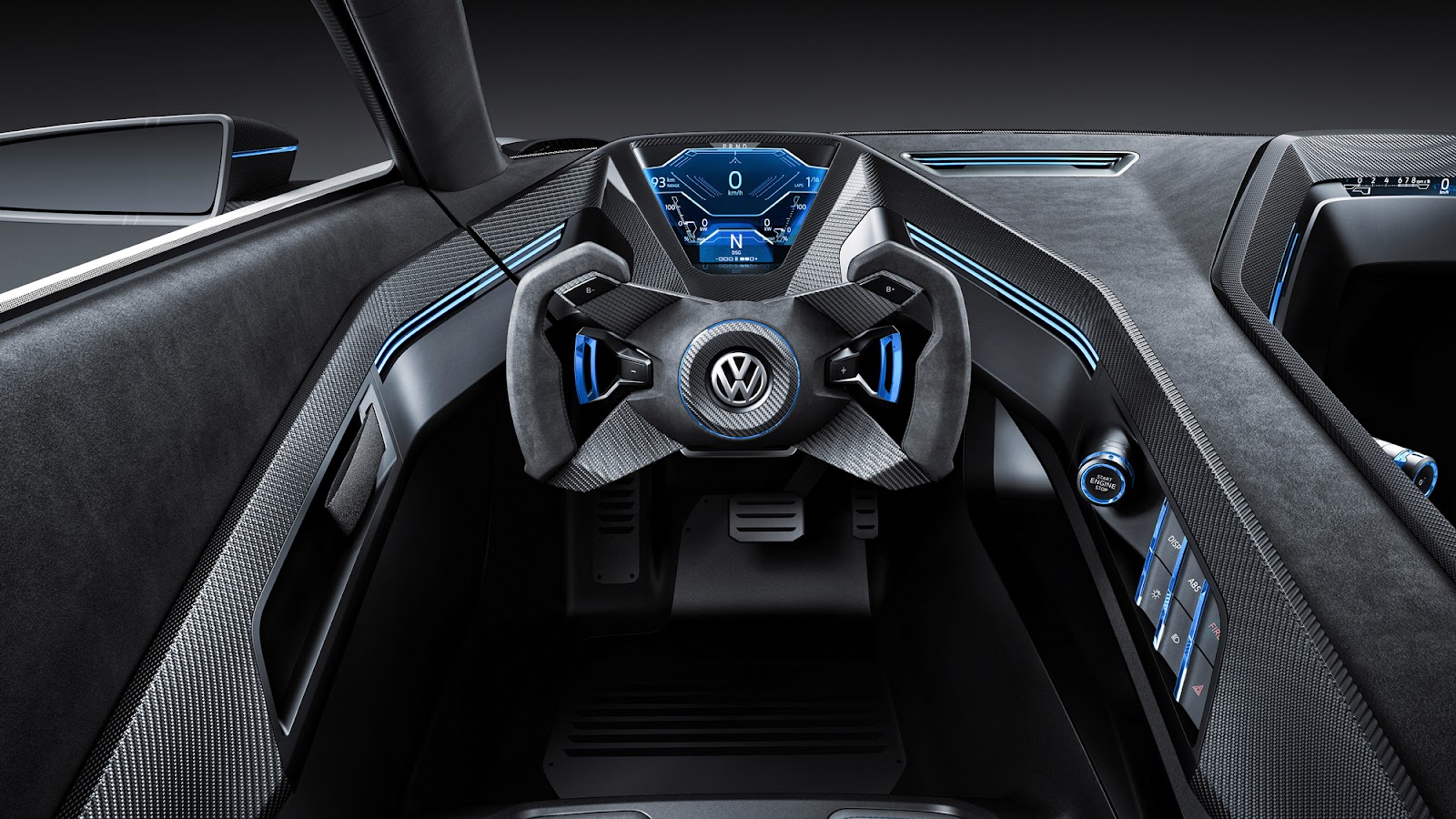 A growing number of manufacturers are beginning to employ this sort of plug-in hybrid setup, since it not only provides impressive performance figures but also makes high-performance motoring cheaper for the buyer, at least in the long term.

READ NEXT: Best Electric Cars of 2016

Thanks to visions such as the GTE concept, your family hatchback could soon be able to smash the 0-62mph sprint in only 4.3 seconds and tickle a top speed of 174mph, yet tackle the school run silently and without a whiff of CO2.

Chevrolet has eschewed hybrid technology for its FNR concept car. This hyper-futuristic, all-electric vehicle not only promotes the benefits of pure battery power, but also serves as a cheerleader for autonomous motoring. 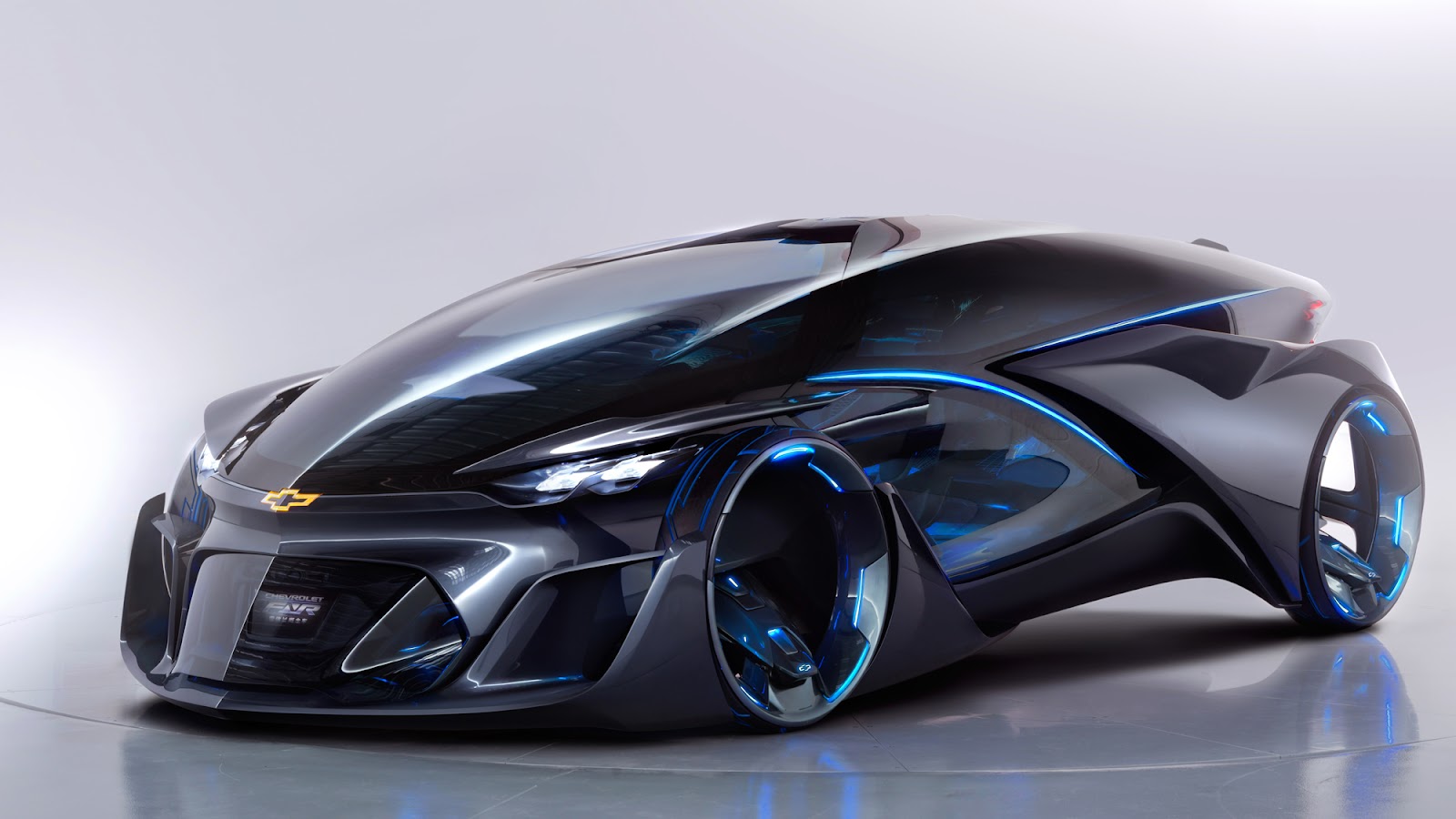 If the FNR concept is anything to go by, future Chevy customers will be able to enjoy a relaxing ride in the rotating seats as the vehicle navigates its way to a desired destination using roof-mounted radar technology.

It’s all pie-in-the-sky at the moment, but the FNR is packed with ingenious ideas. There’s no denying the dragonfly dual-swing doors, crystal laser lamps and biometric vehicle-access features (retina-scanning to you and me) are beyond awesome. 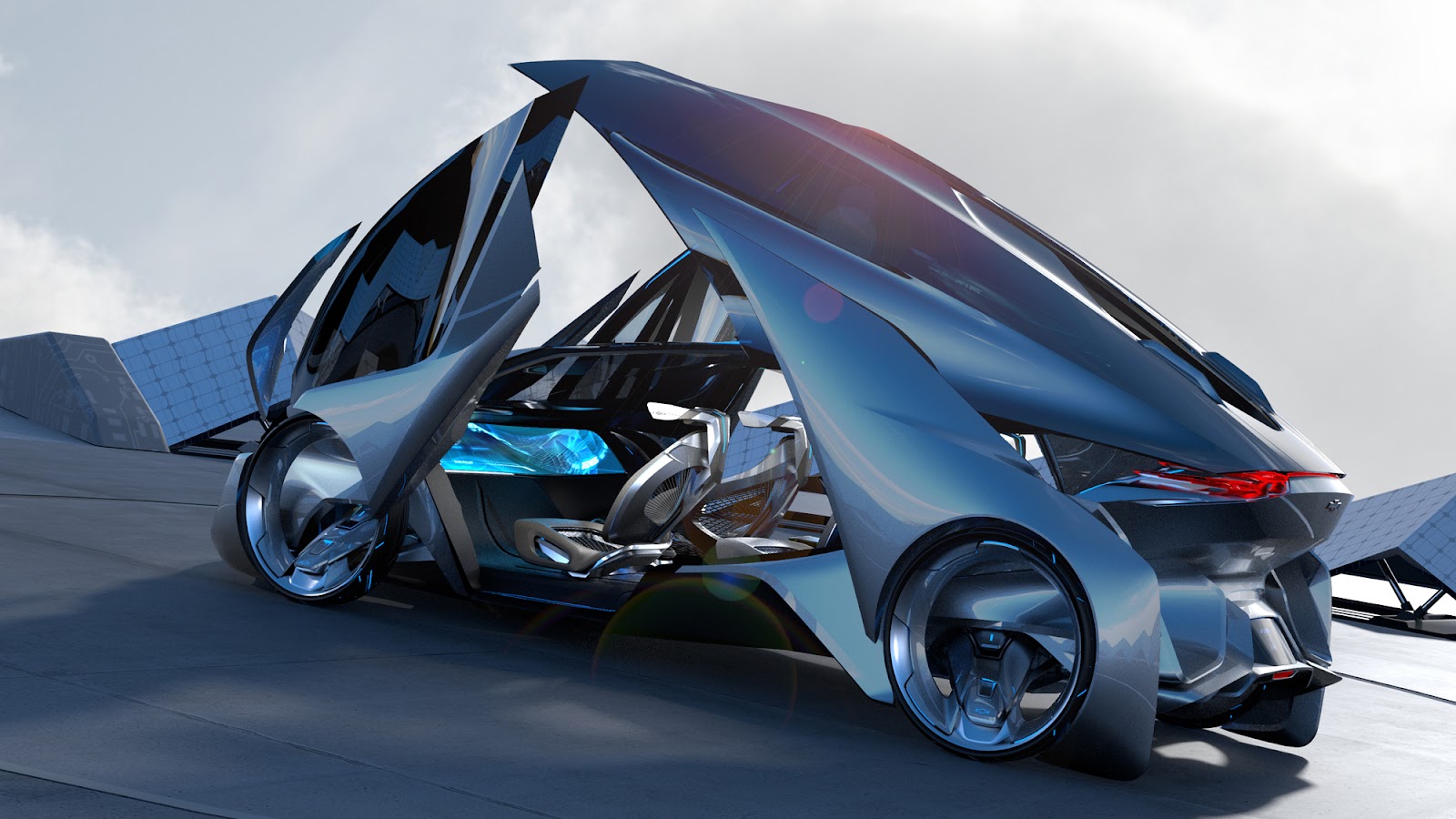 How to Change the Background in WhatsApp

How to Stream Netflix on Discord