Ebooks, architects and ambient literature: The novel isn’t dead. It has kids.

This week Google announced a partnership between its Creative Lab and London-based publisher Visual Editions to create a new series of digital books, called Editions at Play. The titles commissioned so far include a collaboration between novelist Joe Dunthorne and poet Sam Riviere, and a “Borgesian love story told through Google Street View” by Reif Larsen.

See related
Beyond the Crystal Maze: Oubliette and the continuing rise of escape games
Does digital technology have a place on the stage?
The art of the Twitter bot
Minecraft sonnets: How the worlds of poetry and gaming are coming together

Around the same time, new figures revealed that ebook sales for the UK’s five biggest publishers fell in 2015 for the first time since it launched as a format. “For those who predicted the death of the physical book and digital dominating the market by the end of this decade, the print and digital sales figures from the Big Five for 2015 might force a reassessment,” wrote Tom Tivnan for The Bookseller.

Digital literature, a limp handle for the nebulous experimentations that writers and publishers are taking with the form of the book, is undergoing something of a transformation. Ebook sales are down, but projects such as Editions at Play are on the up. What does it signal for the book industry, and what does it mean for the future of reading?

Reading in a particular place and time

Crucially, the creators of Editions at Play do not position their experiment as a replacement for regular books, but as a way to show that digital has narrative qualities that cannot transfer to print. The project’s site claims books written for the web can be “data-led, locative, generative, algorithmic, sensor-based, fluid, non-linear, expandable, cookie-ish, personalised, proximal, augmented, real-time, time-sensitive, adaptive, collaborative, and share-y.”

Unlike ebooks, which generally consist of a book written for paper plonked onto a Kindle, this new breed of digital text makes use of the features a reader has in their smartphone, from internet access to GPS. In Reif Larsen’s Entrances & Exits, for example, the text of the story is tucked behind doors in a Google Street View map. It’s hard to do that with your old copy of Ulysses.

This sense of place is a prevailing trend in digital literature. In Eli Horowitz’s 2012 ebook The Silent History, the reader can use an iPad or iPhone to pick up “Field Reports”, which can only be read at specific physical locations. More recently, in January this year the Arts and Humanities Research Council awarded £800,000 to the University of the West of England’s Digital Cultures Research Centre to investigate the use of pervasive computing platforms to deliver situated literary experiences – something its creators are calling ambient literature.

The ambient and the immersive

I spoke to Dr Tom Abba, associate professor of Art and Design at UWE and joint lead on the project, about ambient literature. “The project as a whole draws upon performance, audio walks and creative writing to commission three new works by contemporary authors that will demonstrate the power of situated literary experience,” he tells me, adding that the aim is for the reader’s surroundings to “become the stage on which the story plays out”.

I ask Abba whether this idea needs digital literature. Aren’t all acts of reading affected by our surroundings? Doesn’t pervasive technology and location-specific text complicate what is already reliant on individual locations in time and space?

“Each act of reading is definitely impacted by our surroundings,” he responds, “and we certainly run the risk of complicating what is already a delicate relationship between author, text and reader, but we’re interested in how a grammar of writing might emerge for this form. Think of it as a manipulation of your everyday, a way of layering narrative over and into a location. We’re deliberately not starting with a set of genre assumptions, or anything equivalent to a book model. We want to start afresh.” 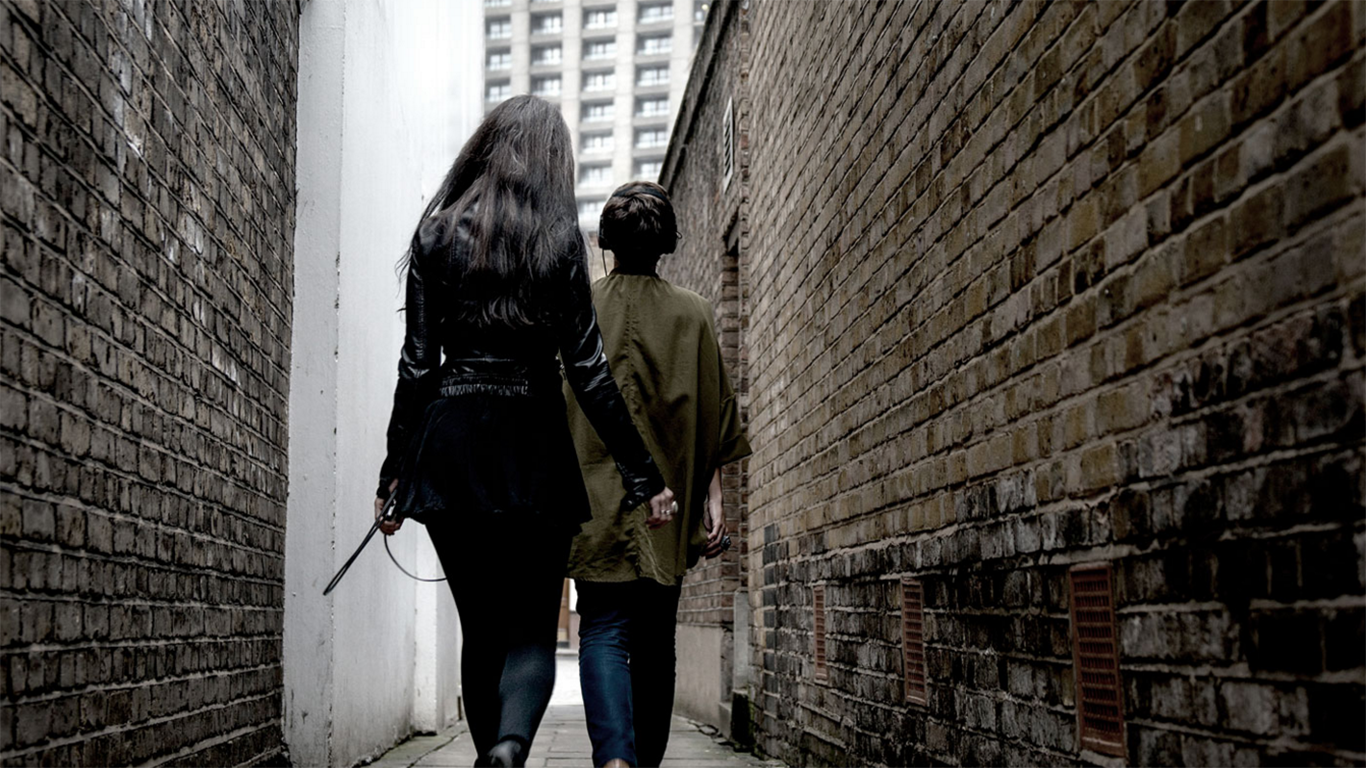 (Above: A Hollow Body, by Tom Abba and Circumstance)

Like Editions at Play, Abba positions the ambient literature project as an offshoot to, rather than a replacement of, the traditional novel. The type of text created by these types of projects is markedly different from the ebook as a repackaged paperback. Instead, there is an attempt to come up with a new language, with a grammar that takes inspiration from non-literary fields such as social networks, video games and immersive theatre. The latter is of particular interest to me, and something I believe stems from a similar source: a reaction against the digital and towards the physical and the bodily.

“Both immersive theatre and ambient literature could be understood as a reaction against digital culture, and while we’re explicitly making use of technology to convey story, we’re also very interested in the presence of the reader as a mechanic, or trigger, for story,” Abba says. “There’s an increasing move in wider culture away from digital immersion and towards physical presence, and we’re happy to be part of that.”

“A word after a word after a word is power,” wrote Margaret Atwood in the poem “Spelling”. Go at that phrase with an ice-cream scooper – gouge it from its original time and place – and it’s a useful one to keep in mind when talking about digital literature. The core of this type of writing is that there doesn’t necessarily have to be one word after another after another. There can be words that open into forking paths, leading to different sentences, different rooms, different stories.

Is there less power in that? Does it speak to our entitled sense of narrative digestion that we demand control over a story’s order; that we’re so accustomed to the mode of internet reading that we want fiction to be personalised, tailored to our tastes like Facebook algorithms? Or maybe breaking up one word after another simply recasts the power. The writers of these books are perhaps closer to architects than authors, where an environment is constructed and the reader decides which doors to open. All reading is an act of collaboration, but digital projects such as Editions at Play and ambient literature invite the reader to inhabit the text in a very direct way. 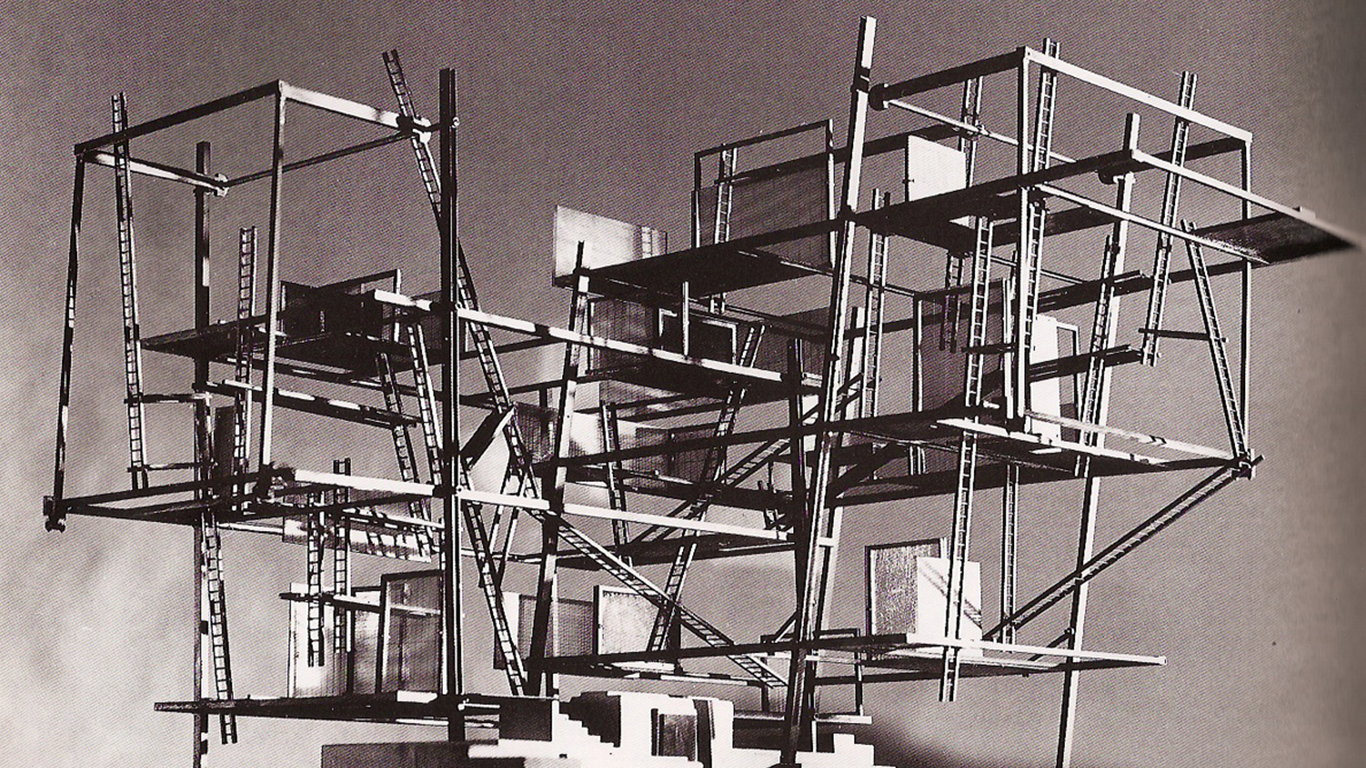 (Above: New Babylon by Constant Nieuwenhuys)

Ultimately, these are new platforms, and what truly matters is the work writers and artists make on them. That work can be great or it can be gimmicky. A new type of book requires a new type of writer, and the medium’s success or failure will depend on writers that can use the new toolbox to challenge and provoke instead of pamper and tickle. You don’t judge a book by its cover.

Next: From medieval deaths to procedurally generated moths, Twitter is awash with computer-controlled bots

How To Change a Playlist’s Picture in SoundCloud

How to Pay With Apple Pay

Some Great Games to Play When Bored