Sasha Muller As a man who’s reviewed more laptops and monitors than most people have had hot dinners, Sasha is never happier than when he’s unboxing a new gadget or troubleshooting a lump of hardware. He’s also a little bit obsessed with music, and is often found digging through piles of vinyl, searching for the perfect sample. You’ll also find him fiddling with software synthesizers and audio-mangling plugins.On the rare occasion he leaves the house, he eschews feet in favour of wheels, and pleasure in favour of Strava-fuelled battles across London’s traffic-choked streets, into the quiet Kent lanes and as far as his tree-like legs will carry him. TL; DR – he knows a fair bit about tech, beats, bikes and Belgian beer. Read more September 8, 2015

Quincy Delight Jones, Jr is a musical legend. Producer, composer and arranger of countless hits – your ears are well-acquainted with his music, even if you’ve never heard the name. It’s not entirely surprising then that AKG has teamed up with the man himself to craft a Quincy Jones-inspired range of headphones. The flagship of this range is the N90Q, a pair of over-ear headphones that cost a cool £1,300. No, that’s not a typo. £1,300.

I wanna be loved

Unlike money-no-object rivals that require further investment in three- or four-figure headphone amplifiers and high-end DACs to be at their best, the N90Q treads a different path. Instead, the N90Q has its own perfectly-matched amplifier and DAC built-in, allowing you to get note-perfect sound from a PC or smartphone – or you can just plug it into any audio device via a standard 3.5mm audio cable.

That’s not all, however, as the N90Qs are jam-packed with features. AKG claims to have introduced the first “audiophile class” active noise-cancelling circuit, which provides up to 20dB of isolation. Powered by the internal battery, AKG claim 12 hours of listening time before you’ll need to reach for the bundled USB power pack, or connect them to a nearby USB charger. 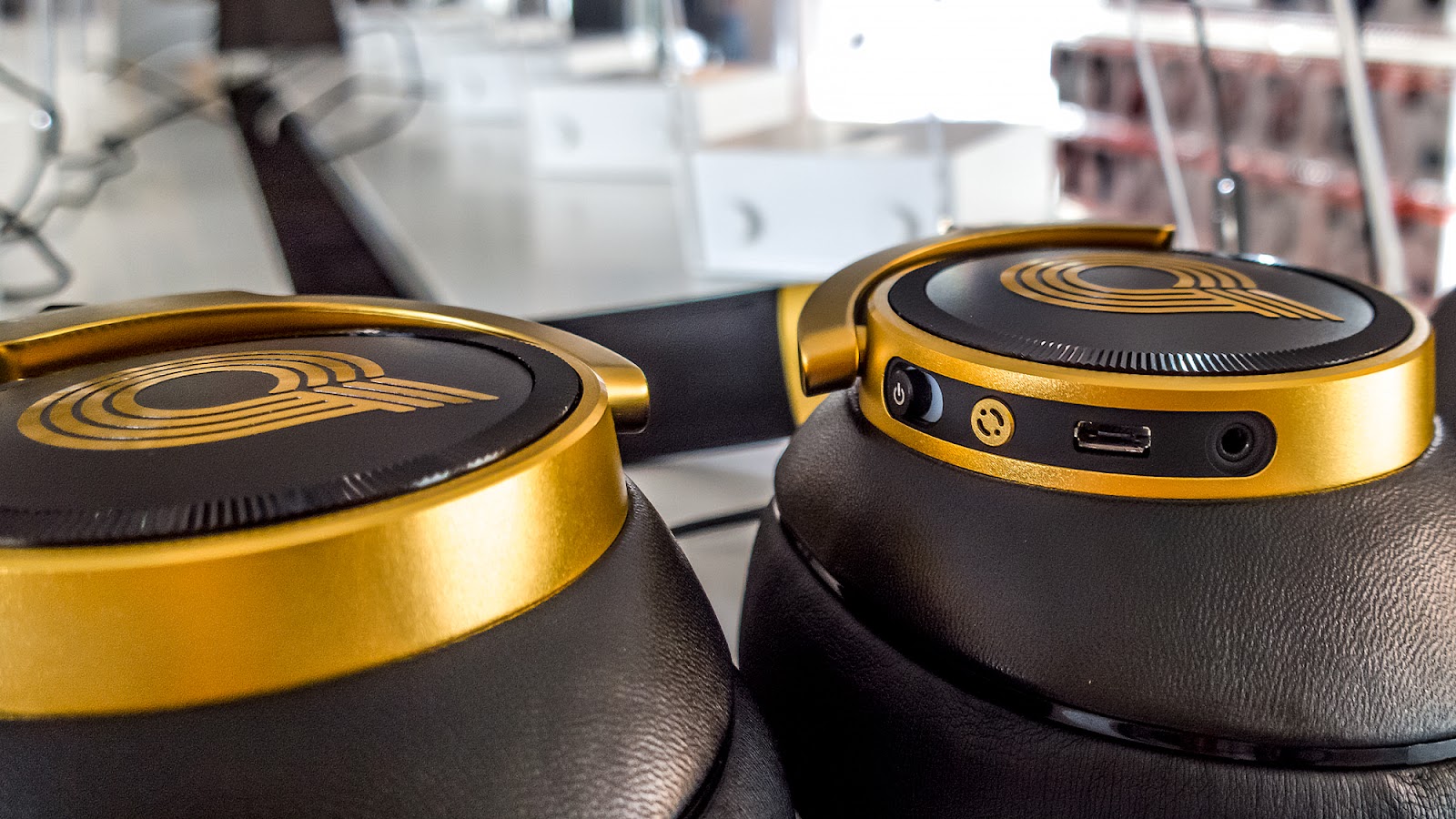 However, one feature may not be so popular: audiophiles will recoil in horror at the news that the N90Q has – brace yourselves – a tone control, for boosting the low and high frequencies. A rotary control on the N90Q’s left earcup tunes the sound, increasing or decreasing bass and treble simultaneously like a variable loudness control, while a rotary control on the opposite ear adjusts the volume.

Don’t stop ‘til you get enough

There’s a whole heap of extras included in the box: a standard 3 metre-long, 3.5mm cable, with obligatory gold-plated 5 1/4in adapter, as well as another 1.2m cable with an in-line mic for hooking up to a smartphone – nope, you don’t even need to take off the N90Qs to conduct a phone call. There’s also a USB battery pack thrown in for good measure, as the N90Qs need to be powered at all times to provide audio – run out of battery and they’re nothing more than a fancy fashion accessory.

Finally, there’s also a micro-USB cable that connects directly to a PC or smartphone to take advantage of the N90Qs in-built DAC. Don’t get too excited quite yet, though – the Nexus 6 is currently the only smartphone to fully support this feature. AKG stated that an update would bring this feature to both iOS and Android handsets further down the line. 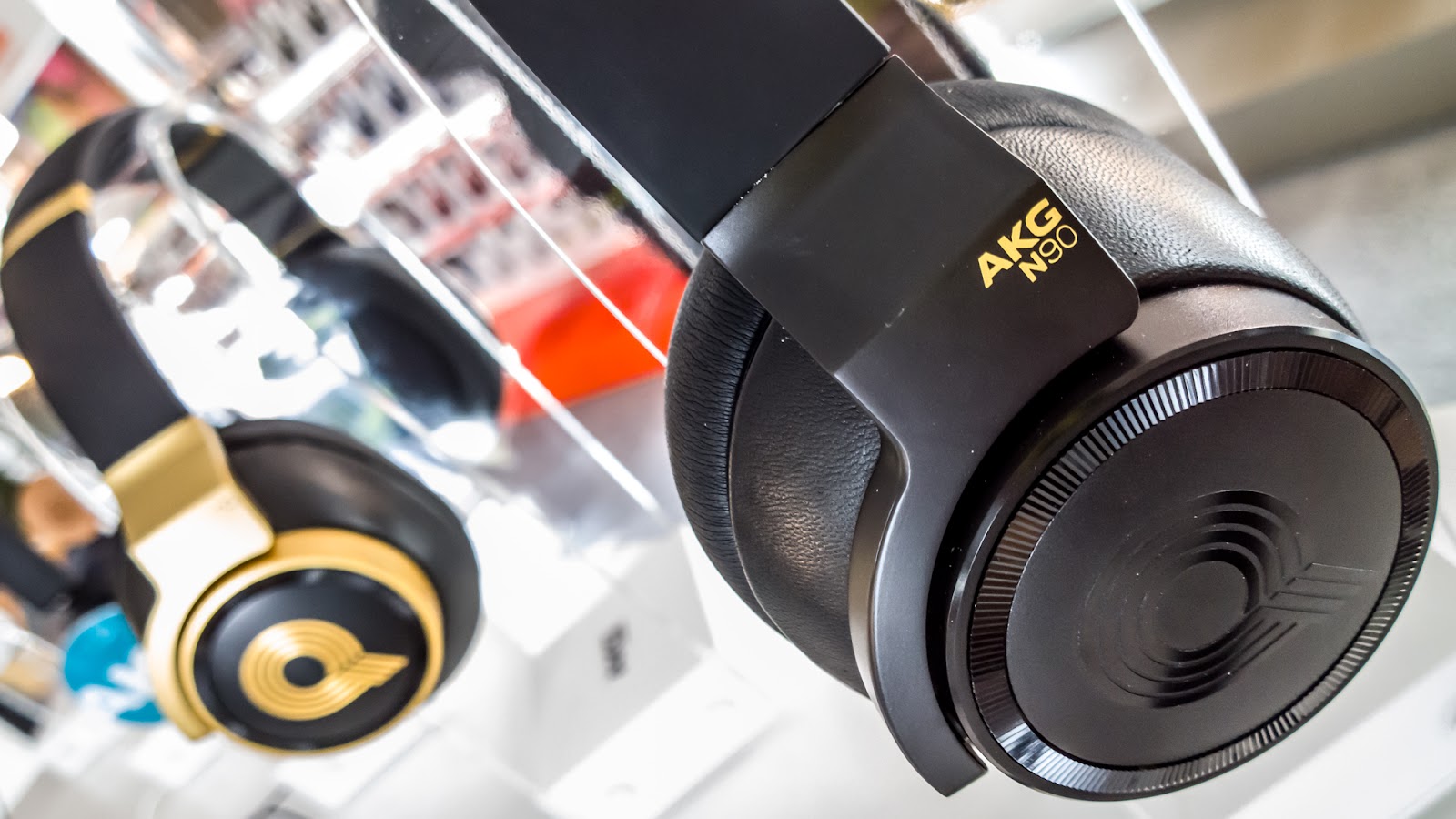 Thankfully, you can buy a more reserved all-black pair of N90Qs – I’d recommend channeling Stevie Wonder’s dress sense if you’re tempted to wear the gold N90Q LE version outside the house – but regardless of which best suits your wardrobe, any qualms about bulk disappear the moment you put them on. The thick, leather-covered memory foam earcups fit cosily over the ear and, combined with the thick, soft headband, these 460g headphones feel supremely comfy.

That done, the next step is to calibrate the headphones using AKG’s TruNote technology. Holding the button on the headphones’ bottom edge triggers the process, which generates an audio tone that is then measured by two small microphones hidden within the earcups. Why? The aim is to measure the effect of frequencies bouncing off every listener’s ears – after all, everyone has different shaped lugholes – and adjust the headphones’ frequency response to suit.

I listened to a few tracks played directly from a PonoPlayer, Neil Young’s part-Walkman, part-hi-res audio Toblerone, and it’s fair to say that the N90Qs sound exactly as you’d hope a pair of £1,300-headphones should. Really bloody good, in other words. There’s that unnerving kind of clarity where instruments appear to be trapped in the middle of your head – double basses, saxophones and drums suddenly jolting into focus, fully-formed and appearing out of nowhere.

AKG claims a frequency response stretching from an earthquake-simulating 10Hz right up to a dog-bothering 30kHz, and while my ears barely tickle the 16kHz mark these days, the N90Q does seemingly hit the highs and lows with very little effort. There’s no feeling that the sound is unduly overblown or undernourished in any corner of the spectrum, basslines and kickdrums in particular generating an impressively authentic surge of low-end pressure – if you’re a fan of bass-heavy music, the N90Qs will put a very stupid grin on your face.

Part of the N90Q’s huge size is due to the pair of very expensive Japanese 52mm drivers within, both of which are positioned as far from the ear as possible. This could be why the N90Qs sound more spacious, and more like a pair of speakers than any other closed-back headphones I’ve encountered (or indeed own). However, AKG has also thrown in a bunch of listening modes: a 2.1 Studio mode that attempts to sound even more like a pair of studio monitors, and a 5.1 Surround Sound setting that, as the name suggests, attempts to spread sound around 360 degrees. Sadly, I didn’t get time to put these modes to the test, but I’ll update this article if and when I get some more hands-on time with the N90Qs.

Do you really have £1,300 to spend on a pair of headphones? Then it seems you’re in luck. The N90Q’s looks won’t be to everyone’s taste – other high-end headphones such as the Sennheiser HD800s arguably look more “expensive” – but then AKG is aiming these at a very specific market: the kind of people who don’t want to shell out a fortune on audiophile add-ons to hear their high-end ‘phones at their best, and who don’t want to sacrifice modern features such as active noise cancellation or sensible old-school touches such as a tone control for making the most of iffy recordings. No doubt about it, AKG has done Quincy Jones proud. 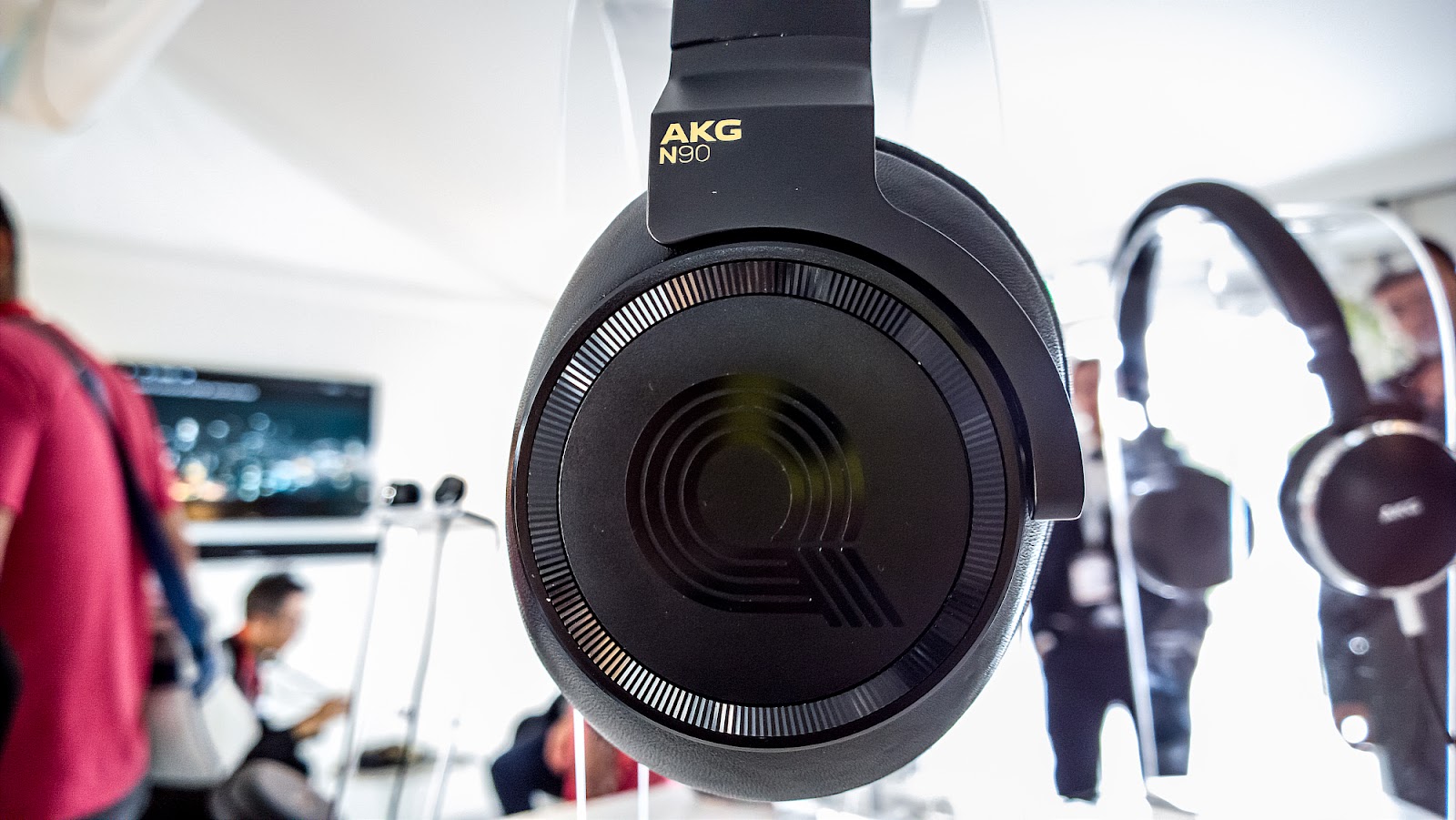 How to View Your Followers on Twitch and Why You Should

How to Clear Recents in Snapchat