We’ve chosen 10 artists that engage, in one way or another, with the digital world. You could of course argue that all artists working today engage with the digital world by dint of being alive at this particular period in history. But I don’t want to make a list of every single artist in the world, so here are 10 that place ideas about digital technology front and centre.

The result is a collection of established influencers with new talent. Some of these artists have been making art since the 1980’s, others are making waves early on in their careers. All are exploring the world we live in today – one driven by a new found sense of interconnectivity and a teetering divide between virtual and real environments. 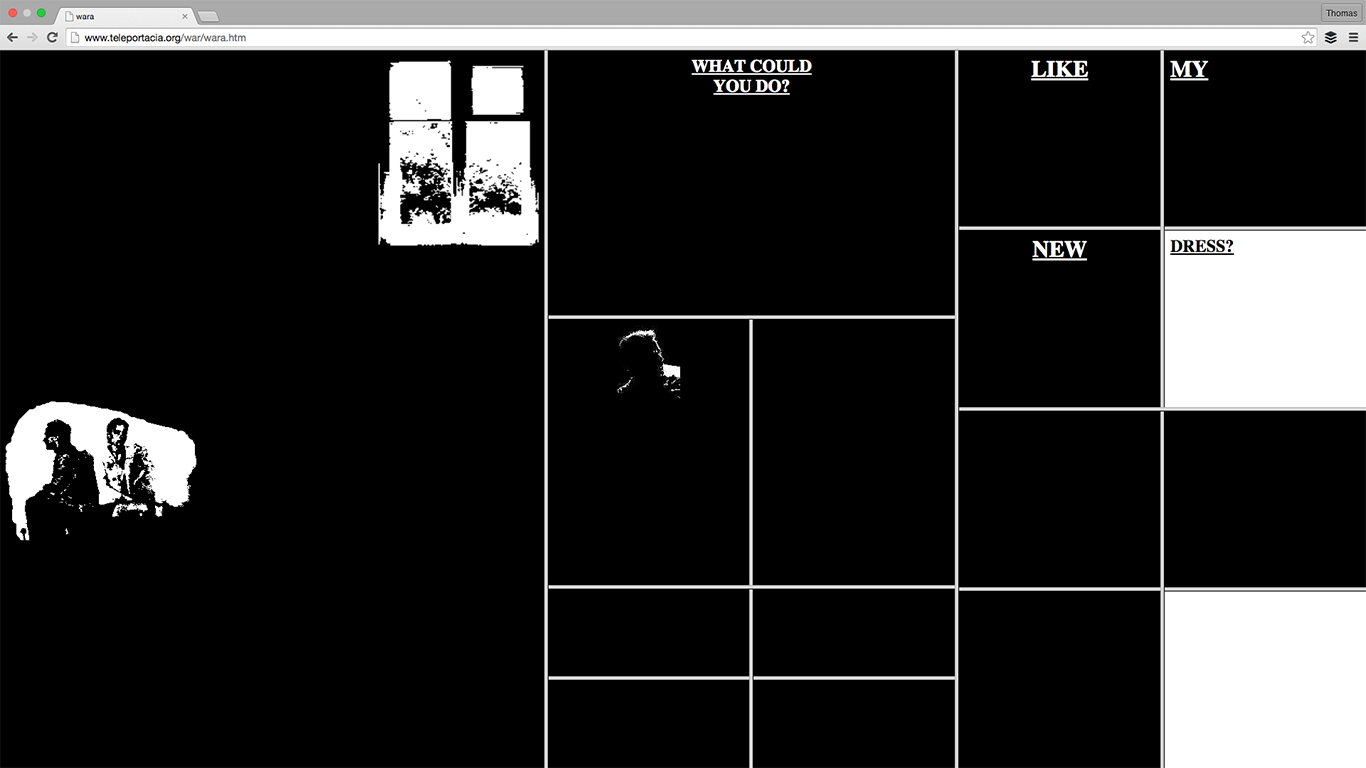 A pioneering internet artist, Olia Lialina was a leading figure in the net.art movement during the 1990’s and is today regularly held up by new media artists as a key influence. Her art often makes use of GIFs and hypertext, the latter forming the basis of her most widely known work; My Boyfriend Came Back from the War. This browser-based piece is built up of frames containing monochrome web pages, split into smaller frames when clicked. Explore the page and you’ll surface snippets of text that suggest a story about lovers reunited after an unnamed war. It’s considered a classic, athough the old-school aesthetic now lends it an extra layer of nostalgia for the early days of the internet. 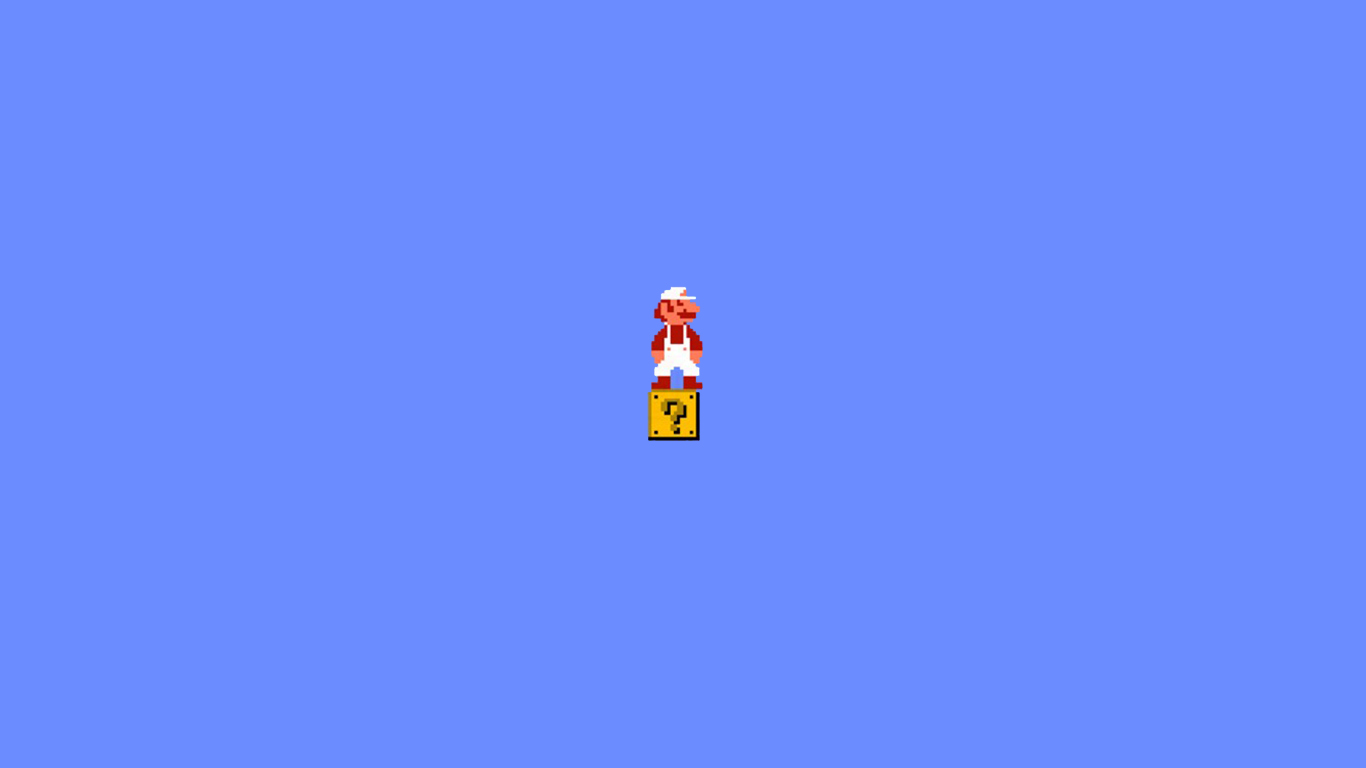 Brooklyn-based artist Cory Arcangel is perhaps best known for his mischievous use of hacked videogames and appropriated web tools. In Super Mario Clouds he reprogrammed the Nintendo NES game to only display a scrolling screen of blue sky and clouds, while in Totally Fucked he modified Super Mario Brothers to leave Mario abandoned on a single block. Fusing pop culture and gallery spaces, Arcangel has had exhibitions named after Miley Cyrus lyrics, committed a show to Photoshop gradients and even reworked an Arnold Schoenberg score using videos of cats on YouTube. 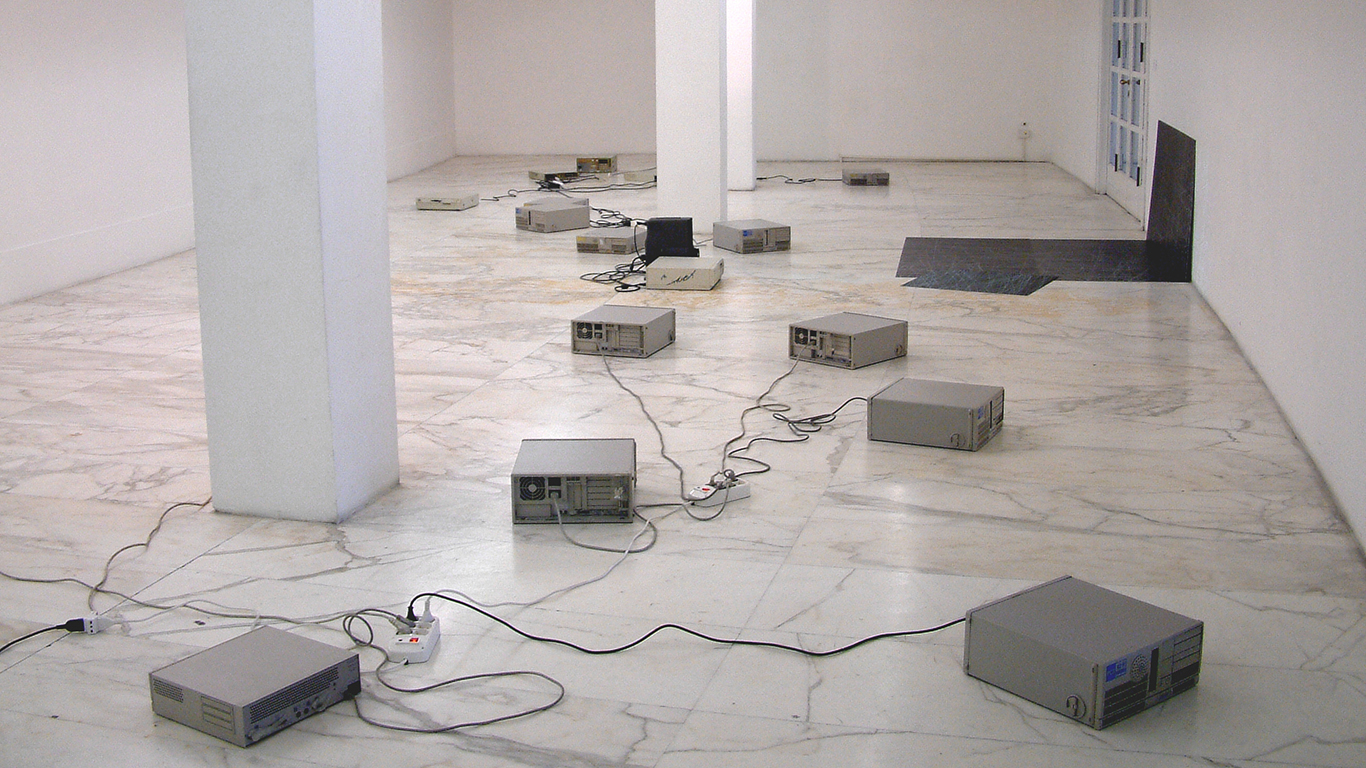 Another influential new media artist, Maurizio Bolognini has been investigating digital technology through art since the late 1980’s. One of his better-known works is the Programmed Machines series, which involve collecting hundreds of computers and linking them up to continuously generate flows of random images. There are no monitors and so the images can never be seen by human eyes. The setups of computers are left to run, and many have been running continuously over several decades – humming as they pass data. 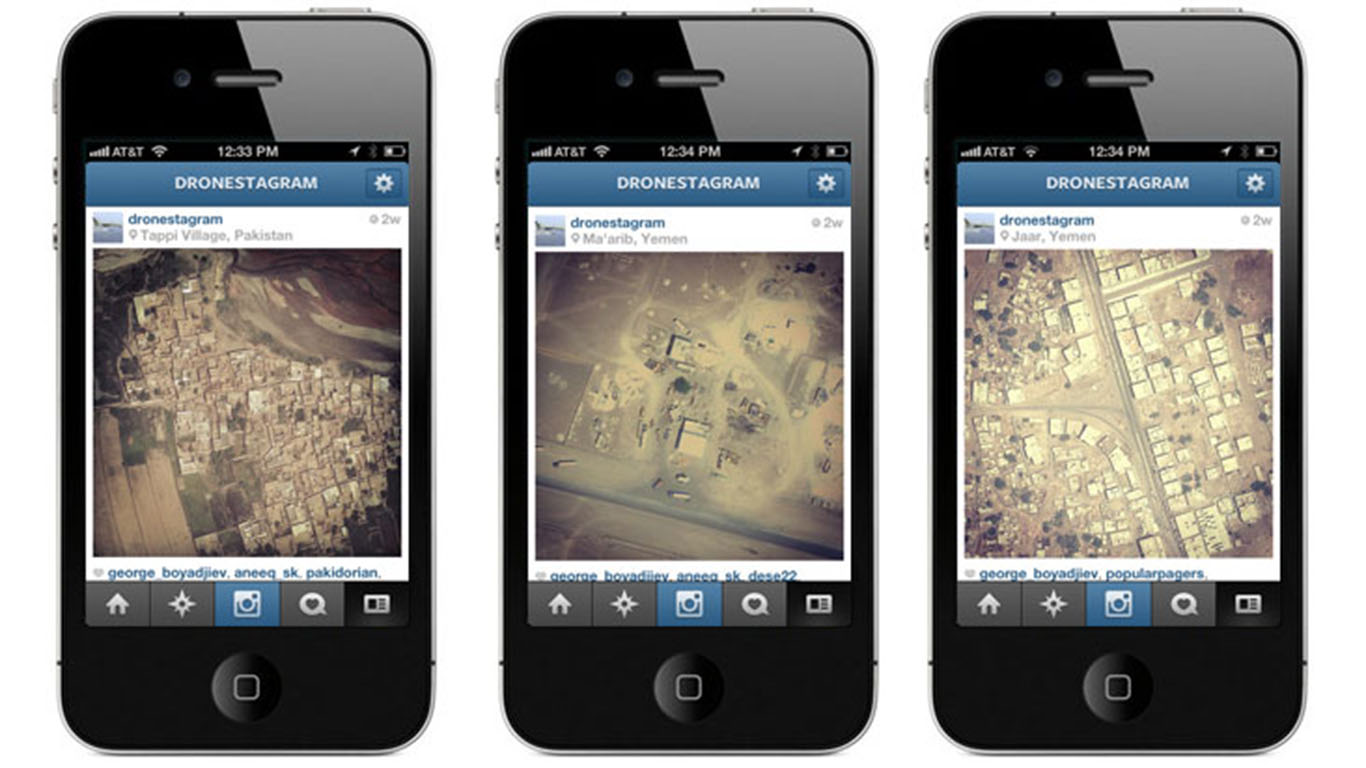 London-based artist and theorist James Bridle is perhaps best known as the talker-in-chief of The New Aesthetic – an art movement grappling with the relentless nudging of the digital world into our lives. Drones, Google Maps and social networks are all game, and one of Bridle’s best projects makes use of all three. Dronestagram is an Instagram account that posts – as the name suggests – aerial shots that show the location of drone attacks. It asks questions about the violence of distancing technologies and works excellently when mixed into photo-sharing site’s scrolling stream of selfies, holidays and hot dinners. 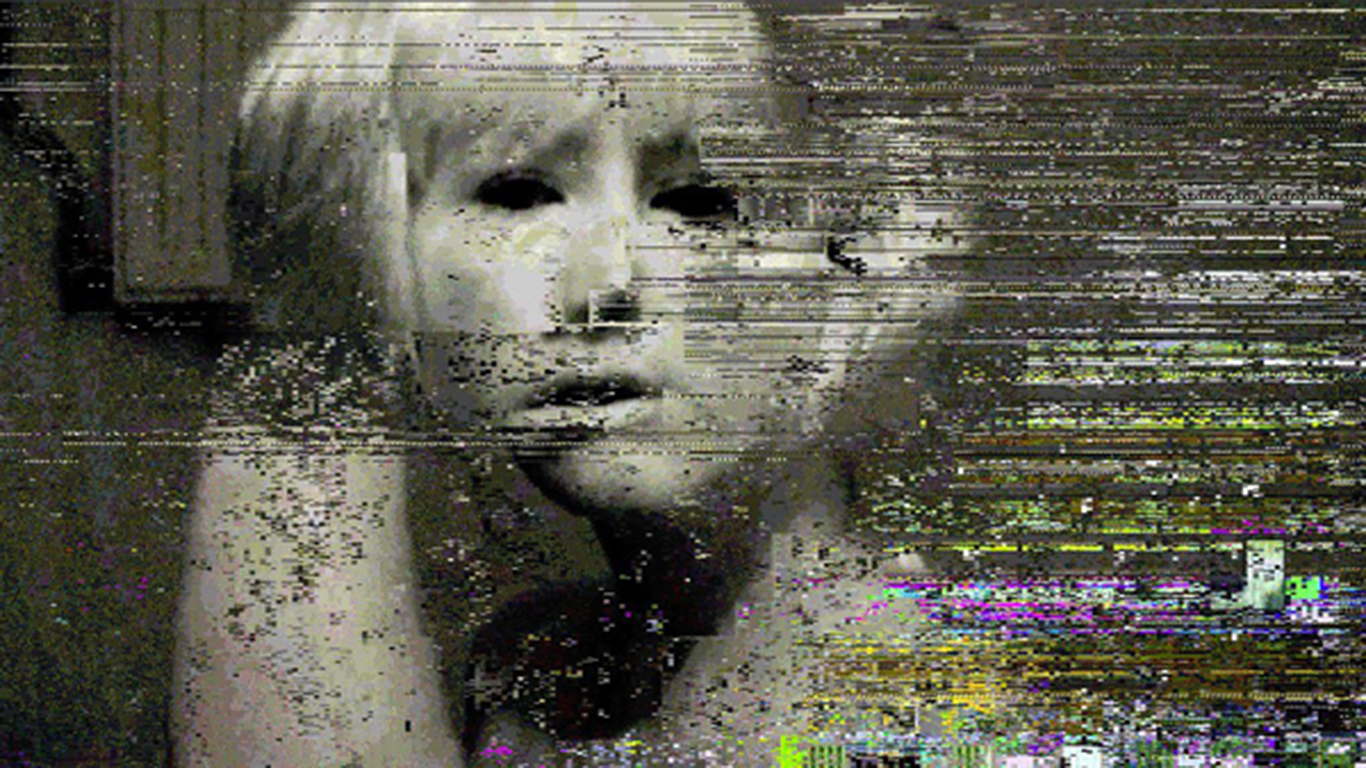 The artist and theorist Rosa Menkman has focused much of her work on a prevalent aspect of digital life – the glitch. In the Glitch Studies Manifesto she describes the glitch as “a wonderful interruption that shifts an object away from its ordinary form and discourse, towards the ruins of destroyed meaning.” Subverting the way we are told to think about technology by the architects of the internet age – Apple, Google, Microsoft et al – Menkman’s art is both playful, trippy and deeply unsettling. 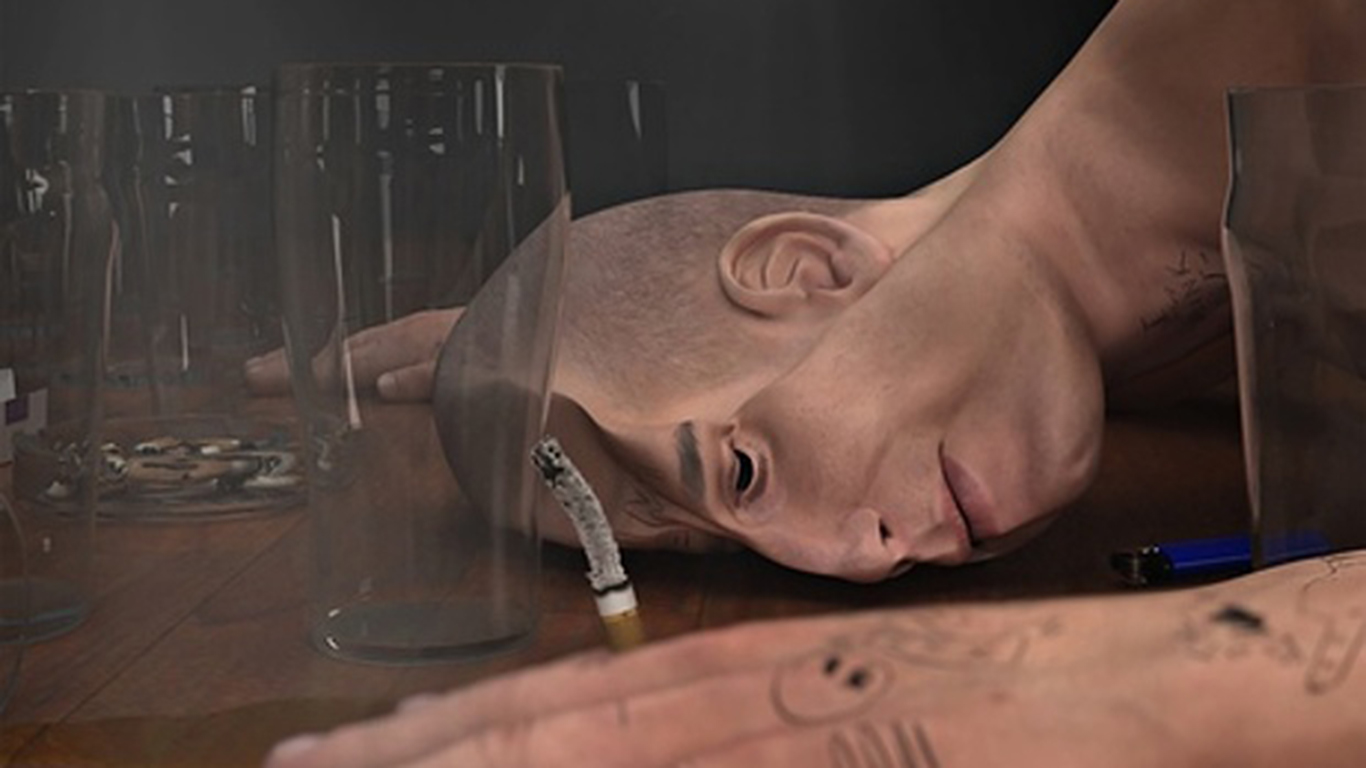 London-based artist Ed Atkins is best known for his work with high definition CGI video, often layered with his own writing. Visceral and grotesque, his films are full of bodies – he cites the Czech animator Jan Švankmajer as an influence – but the digital nature of his work also lends his creations a sense of CGI weightlessness. His recent exhibition, Ribbons, featured a motion-captured alter ego drinking, farting, muttering and deflating. With a postal address deep in the uncanny valley, Atkin’s computer generated character is a disorientating sight to behold – almost real but totally virtual. 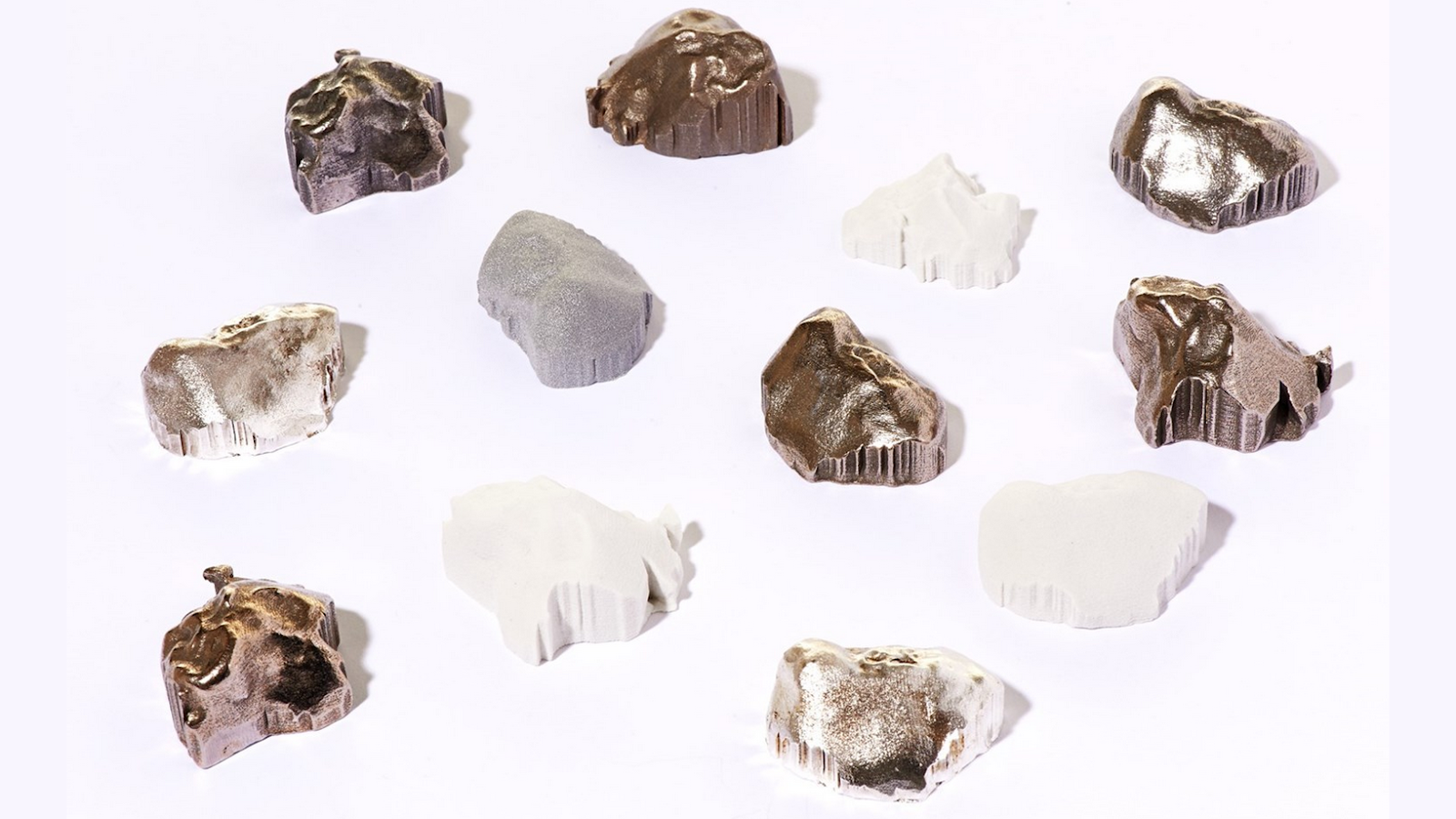 A member of art collective Lucky PDF, Yuri Pattison works across a variety of media. His work frequently deals with the authenticity of digital data, from engaging two automated chatbots in conversation to 3D printing meteor fragments from the Chelyabinsk event in 2013. This latter project, tied into Pattison’s RELiable COMmunications website, involved copying pictures of meteor fragments being sold for large sums on eBay, then making digital renders and eventually printing them as physical objects to be shown in a gallery. 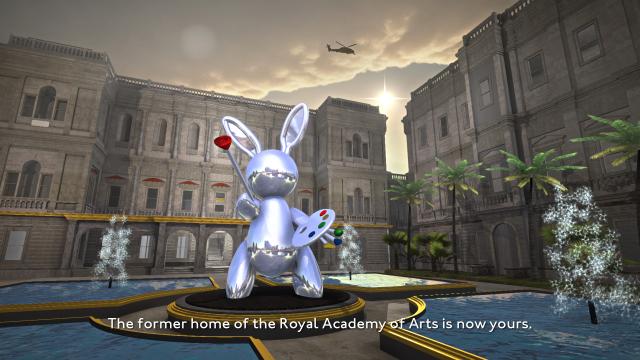 The winner of 2015’s Converse x Dazed Emerging Artists Award, Lawrence Lek has been making waves with his virtual dystopias and sinewy wooden sculptures. His Bonus Levels project is an ongoing series of digital spaces that subvert real-life locations, to be either played or viewed as a looped video. At a time when immersive technologies are becoming increasingly prevalent, Lek’s work asks important questions about agency and the lines between fiction and reality. I interviewed him about the project here. 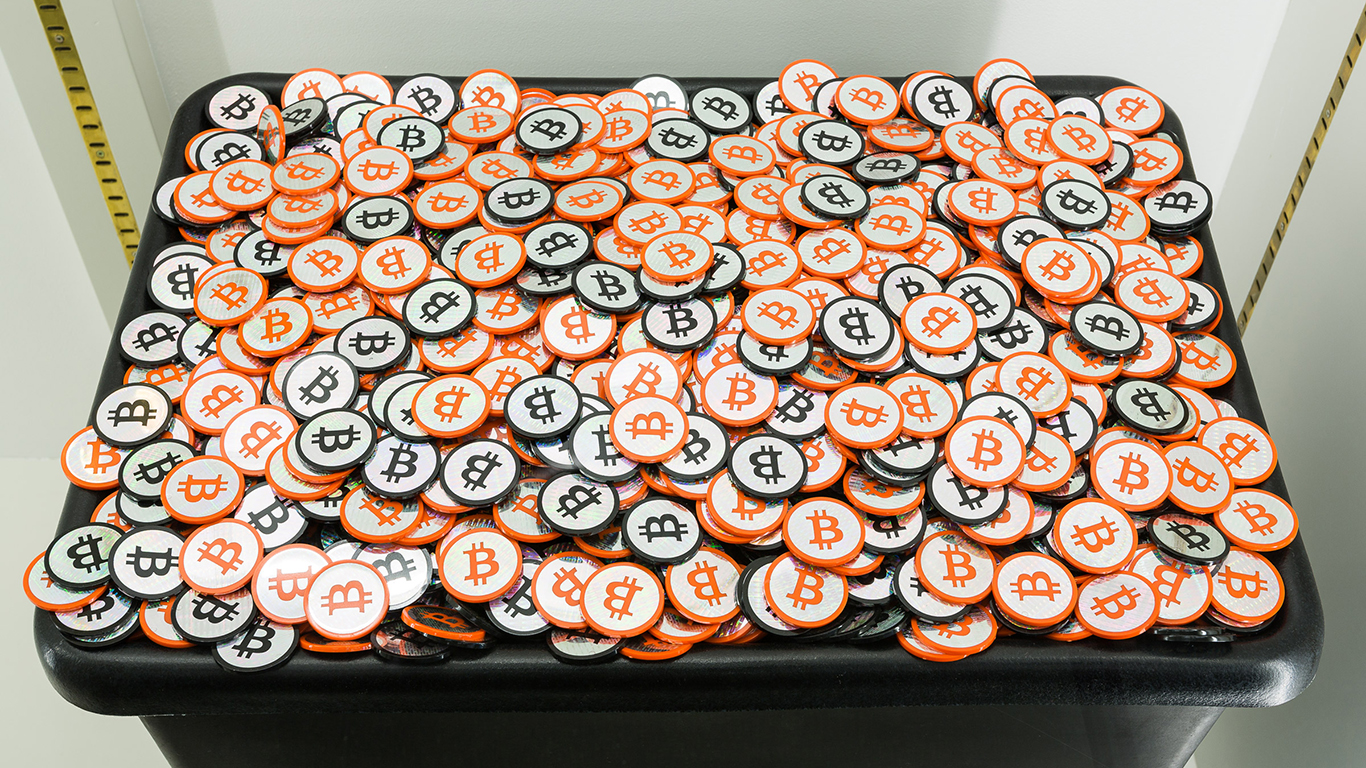 Like a number of artists on this list, Hannah Sawtell’s work often examines the relationship between physical artefacts and material compiled from the internet. Investigating the “screen as a lens”, Sawtell embraces the processes of our hyper-connected age as a way to explore current modes of production. Part of her #STANDARDRISER exhibition saw Sawtell fill a bucket with glistening physical representations of the virtual currency, Bitcoin – managing to look both cartoonish and precious at the same time. 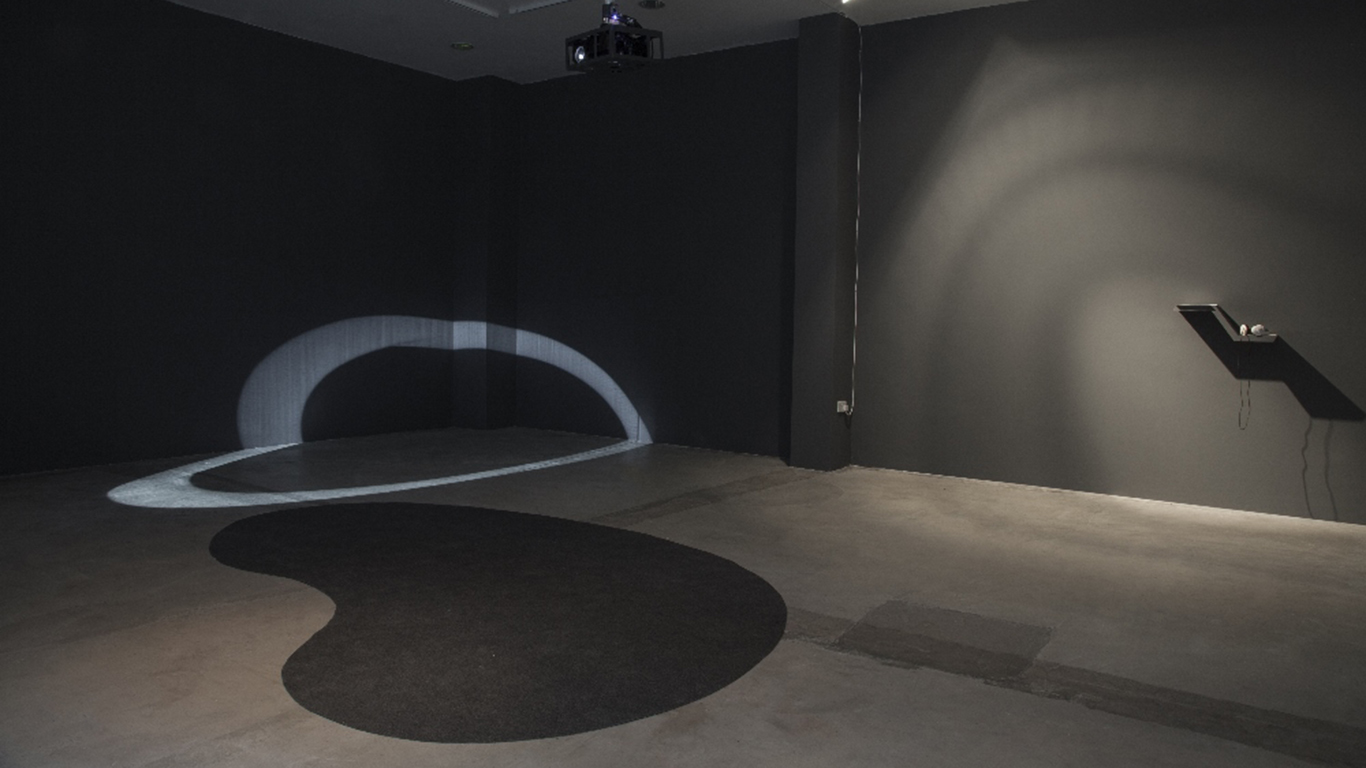 With a background in theatre, Susanna Davies-Crook often draws on a team of collaborators, creating performances and audio pieces that examine speech and bodies in relation to digital technology. In Star Chamber she ran a series of workshops, performed a distributed reading, produced a voiceover and commissioned a text on the ‘body as island’ by writer Emily Beber. The exhibition was part of a larger project, #temporarycustodians, run by Helen Kaplinsky and Maurice Carlin, investigating the sharing economy and how it can be applied to the art world.

Next: Read our pick of the top developers

How To Find Your Computer Name from the Command Prompt

How To Upscale Images From Stable Diffusion

How to Change Your Location on a Mac